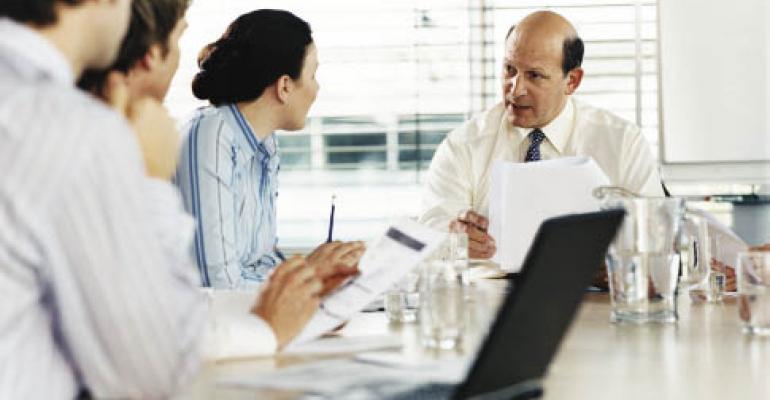 Less than two months into 2011 and the buyers are busy.

Already we’ve seen an investor group led by Chanticleer Holdings Inc. close on its purchase of Hooters of America Inc. for an undisclosed sum. In January, 57th Street General Acquisition Corp. announced it would acquire and take public the 34-unit Crumbs Bake Shop cupcake chain for $66 million. That deal is expected to close in March. Tavistock Restaurants LLC is in the process of acquiring Boston-based Back Bay Restaurant Group. And a Goldman Sachs affiliate reportedly is nearing a deal to buy Apple American Group LLC, Applebee’s largest franchisee with 269 restaurants.

No doubt the already-active acquisition climate will continue, especially as private-equity funds seek returns for their investors. Given that some of the buyers are likely to be relatively new to the restaurant industry, what should they be looking for before buying a restaurant company?

During my 20-year tenure as a sell-side analyst, the first aspect of a company I researched was management.

The process of evaluating a management team is highly subjective, but there are a few telltale factors that always stand out.

Prior experience and success is clearly the first. This is obvious, but the industry has a way of giving credit to executives that were simply involved with a prior company that was successful, not always distinguishing the actual contribution to that success. Therefore, understanding an executive’s actual prior role and their individual skills is very important.

As an example, one executive who successfully took a concept public several years ago was a good operator as a franchisee, but did not have the skills of a franchisor to direct the ongoing evolution and development. Ultimately, his company went bankrupt.

Potential investors should realistically assess the strengths of an executive. For example, is the founder good at developing a concept but unable to manage a big company? If so, is he willing to hire someone to offset his weaknesses, and give that person autonomy?

Years ago there were many restaurant companies that thrived under autocratic leadership. Today, with employees seeking more psychic rewards, that style is not likely to foster long-term success.

Senior management must also believe that restaurant-level management is at least as important as corporate management. The degree to which a restaurant manager is treated like a partner will vary based on the complexity of the concept, but the more the store-level employees are treated like the most important people in the organization, the greater the chances of long-term success.

Another key aspect to assess is unit economics. There are several ways to analyze this with varying degrees of complexity and precision. I think simplicity is best, so there are three calculations on which I focused.

The first is the cash-on-cash return, or the cash investment in the restaurant divided by its cash flow. A return greater than 25 percent is good, and one below 25 percent probably does not provide a return sufficient to assume the risk of the investment.

The third and simplest measure is the restaurant’s sales over the fully capitalized investment, or cash plus capitalized rent. In my opinion, a concept should have a sales-to-fully-capitalized-investment ratio of at least 1:1.

Potential investors should also assess the concept’s consumer appeal. First, what’s on the menu, and is the brand regional or national? An increase in both domestic and international travel means most kinds of food have national appeal, but there are definite regional preferences.

Barbecue is a great example of a food with strong regional variances. Order barbecue in North Carolina, Tennessee and Texas, and dishes will vary widely. Because of this, no national barbecue chain has emerged.

Price/value — a combination of price, quality, service and atmosphere — also is a very important contributor to a concept’s consumer appeal, especially with the Great Recession a fresh memory in consumers’ minds.

Investors also need to look at the unit growth potential for a chain. What is the competitive environment, and what market density can the brand achieve?

The restaurant industry may be unique in that a niche free of competition may not be desirable. In such an entrepreneurial industry, there is very little that has not been tried, and any green-field market opportunity is most likely available because of a lack of demand. It may be better to develop a better hamburger chain — as SmashBurger or Five Guys have done — than to pioneer a new segment.

Finally, the ability to replicate back-of-the-house operations is critical to consistent execution and quality, and the ultimate determinant of a concept’s success. In the extreme, rolling out a true fine-dining concept that requires a chef is problematic, whereas a systematized quick-service concept is much easier to grow.

These are qualities of restaurant companies that investors need to evaluate. High marks on all counts significantly increase the chances for long-term success. As a result, those companies deserve higher valuations than companies with less attractive characteristics.

Steven A. Rockwell has 30 years of experience in the restaurant industry, including as a restaurant analyst, finance executive and investor.