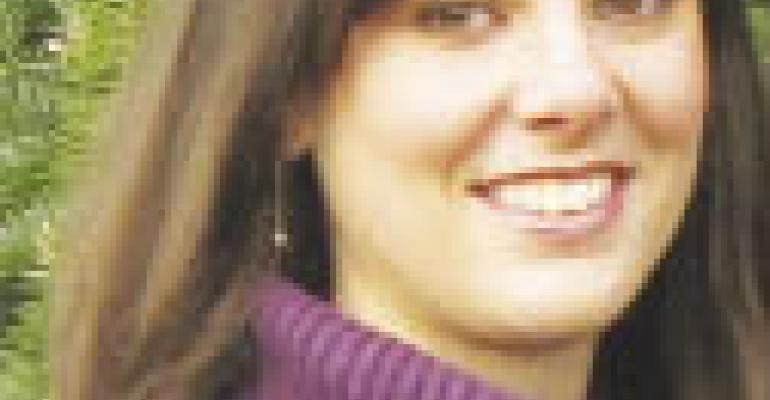 Like many restaurant executives, Bruegger’s Bagels franchise development manager Holly Ryan found herself thrust into the role of managing her chain’s social-media presence. After a year of leading the effort, Ryan had grown Bruegger’s Facebook fan base from 600 to more than 45,000 fans at the end of May by distributing coupons and engaging people in trivia contests.

“It was just viral,” she said, “and it wasn’t anything we were paying for.”

But Bruegger’s, which has 295 bakery cafes, has turned to specialists in digital marketing and social media to take it even further. Partnering with firm SocialGrub, Bruegger’s recently executed its “Music Showcase” on Facebook, where any user who “liked” the brand gained access to free downloads from emerging musicians and a Bottomless Mug Sweepstakes.

Ryan said providing content other than food and beverage discounts allows for better engagement, letting Bruegger’s make money by managing the relationship, not just the transaction.

Why did Bruegger’s Bagels go from managing social media in-house to partnering with a digital-marketing firm?

Now that we’re seeing more and more people on Facebook, we’re putting serious marketing dollars behind it. It was fine for us in the beginning to send a bunch of coupons, but now that we’re over 100,000 Facebook fans, it’s more risky.

Another thing becoming more important is that Facebook has more rules and policies to follow than ever, and I’m not always up on them, but our partners at SocialGrub always are.

We want more people to become aware of the brand, so those people out there interested in music were our opportunity to introduce ourselves to a new fan base.

When we look at social media, it’s a way to provide news, insight into new products and certainly discounts, but it’s also a way to provide engaging content to fans [who] are loyal to us. It’s not to say we won’t do discounts in the future — we certainly [will]. But something like the virtual cup of coffee or the Music Showcase is just a way to say, “Have fun with this.” We want [customers] to interact with us and each other.

The promotion we’re about to do, the virtual cup of coffee, in the end promotes National Free Coffee Day nationwide. Users are not getting a coupon, they’re just sending something to a friend, and then it’s promoting that we’re doing the giveaway on Nov. 10 and that it’s to benefit the Children’s Miracle Network. But you don’t get anything besides a virtual cup of coffee and something funny from a friend.

When redemptions don’t necessarily translate to bagel sales, how do you calculate return on investment?

It’s so hard to measure the ROI. What does one fan cost? We had 125,000 song downloads, and that’s great for a little more than 100,000 people. They all saw who we are and got something fun. They’re not going to be going into the stores because of it, necessarily, but they’ll think of us in the future.

Once somebody is a Facebook fan of ours, that’s one more person whose eyes we have. Instead of spending a lot of money on direct mail or door hangers and other printed materials, it’s an inexpensive way to get in front of people. Gaining more fans is the ultimate goal, because the more fans we have the less expensive, in the end, it will be to market to them.

What new marketing tactics are you keeping an eye on?

We’re slowly seeing more people using apps on their phones. If you have an iPhone or a Droid, getting on these mobile sites is easier, so we’ll see more on the mobile side. That’s not to say that we’re not doing Sunday inserts or local-bakery marketing that we’ve done in the past. It’s just going to complement what we do in store. Facebook mimics our in-store signage and print ads or radio spots, so their messaging is all looped together.