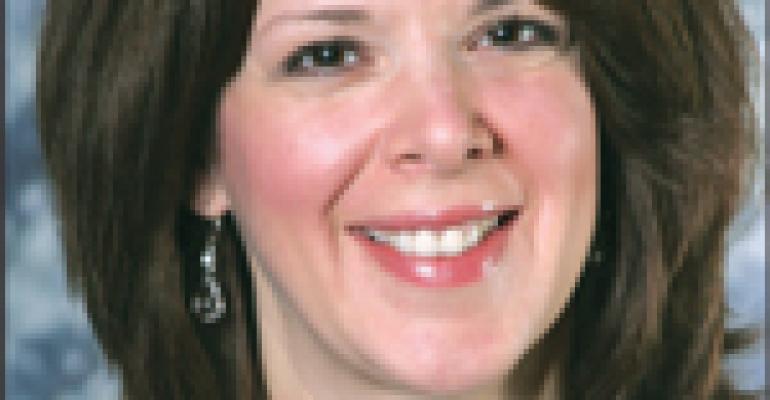 Brinker’s Valade: Company tries to reward ‘above and beyond’

On their way into a quarterly meeting in December, employees of Brinker   International Inc. passed three luxury vehicles parked outside the corporate headquarters—a Hummer, a Mustang GT and a Cadillac CTS. Little did they know that one of them would take one of those vehicles home.

During an awards presentation inside, executives of the Dallas-based company announced the name of the Brinker International GM of the Year. John Gerarde, who runsa Maggiano’s Little Italy in Las Vegas, was selected from among the four top-performing general managers of Brinker’s four restaurant brands, Maggiano’s, Chili’s Grill & Bar, Romano’s Macaroni Grill and On the Border Mexican Grill & Cantina. Gerarde received $25,000, a trip to Hawaii and the Norman Cup—a trophy named after Brinker’s founder, Norman Brinker. He also was given the keys to the luxury vehicle of his choice to enjoy throughout a one-year lease. Gerarde chose the Cadillac.

Brinker wanted to make a statement about how important its general managers are in its more than 1,600 restaurants, so it partnered with its brands to create the 5-Star Challenge, an awards program that led to Gerarde’s recognition, said Kelli Valade, vice president of people performance for Brinker.

Each brand has recognized its GMs. Why do a corporate program?

We want to attract and retain the best in the industry, and part of doing that was to reward above and beyond for higher performance. We got together with the brands and talked about doing something bigger, something with much more fanfare that would take place of the programs they already had.

How were the top four GMs selected?

We asked the leadership teams of each brand to nominate a GM out of their top 5-percent performers—GMs who excelled by achieving year-over-year growth and improved margins. But we took a balanced approached. We not only looked at how they are growing their business, but also emphasized how they approached their employees and their guests. They had to demonstrate in an essay format how they modeled Brinker behaviors. I think this helped them focus on what is important and stay that way through the contest.

How was John Gerarde chosen?

A team of our Brinker executives that included our CEO, CFO, chief administrator and chief people officer looked at the profiles and essays. They did a secret ballot and we revealed the name of the GM of the Year at the employee meeting. It was emotional, very cool. We should have thrown confetti.