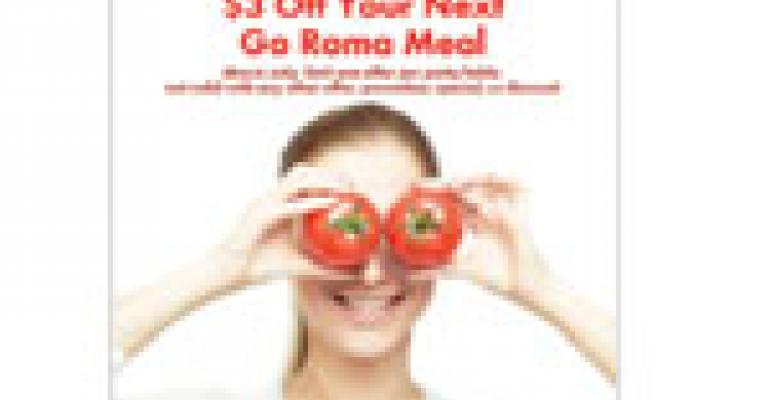 We are all “tweeple” now.

Restaurant marketers could be forgiven over the past 18 months for ignoring or dismissing the efficacy of Twitter, Facebook and other social media, but the new technologies have proved their permanence.

When Domino’s Pizza controlled the fallout from a truly viral video of employees tainting food with the company’s own YouTube response last year, social media grew from a way to quickly trumpet deals and slogans to become one of the most important communications tools used by restaurants.

Of course, everyone recognizes that it costs nothing to use social media and that operators do not necessarily need to increase their costs by adopting some firm’s software. However, social relationship management can present a unique set of difficulties to inexperienced restaurateurs, and an increasing number of companies have developed resources specially designed to address problems encountered in the foodservice business.

One such resource is FMS, Vitrue’s content management system that enables brands to create consistent messages and offers for Facebook, Twitter, blogs and e-mail loyalty clubs all from one central application. A chain’s corporate headquarters can control the images, coupons or other offers that go out on its pages and those of their franchisees, each of whom get their own dashboard to localize content. All corporate and franchised tweets and posts are tracked, aggregated and analyzed down to specific demographic and geographic reports.

“The next phase of social media will be played out on the local level,” he said. “Brands need common infrastructure to create a national presence and consistent branding but also to give local constituents the tools to create a local experience. We think this is a great solution, particularly in fast casual and fast food, where you have multiple properties and franchisees that need their own presence in a cost-effective way.”

“It’s a way to affordably talk to people disposed to liking you already and give them some value,” Drake said. “We had just started our relationship with SocialGrub, and we’ve done more [social media] in six weeks than we had ever done previously. As we look at 2010, it’s going to be an important part of our marketing. You’re trying to leverage every dollar and really calculate ROI.”

With SocialGrub, the fast-casual Italian concept not only coordinated its messages across Facebook, Twitter and its established e-mail loyalty club, but it also executed a splashy offer. The first 1,000 people that became fans on Go Roma’s Facebook page got to print out a coupon for a free pizza, available under the page’s “VIP Offers” tab created and managed by SocialGrub.

Go Roma has six company-owned units and is looking to get into franchising, Drake said. As the company grows, it would increase its local marketing potential in each new location with SocialGrub.

Sam Rubin, “chief grub” of Boca Raton, Fla.-based SocialGrub, said subscribing to the service costs restaurants $50 a month for one location, $100 for locations two through 10, $150 for 11 through 15, $200 for 16 though 20, and custom pricing for systems larger than that. He characterized the application as paying for itself by gaining one incremental repeat customer per month, something that appealed to Jesse Gideon, vice president of operations for client restaurant chain Fresh 2 Order.

“ROI is everything,” Gideon said. “If I spend blank, what will it turn into? Are we wasting our valuable time and impressions with people? The bigger that social media gets, it’s not just the restaurants vying for [customers’] attention. It’s cars, retail brands and the stuff already in your fridge. If you’re making a message nobody cares about, you’re turning people off. They’re unsubscribing or tuning you out, because you’ve sent them something they’re not interested in.”

Fresh 2 Order has six fast-casual restaurants in Atlanta and one in Chattanooga, Tenn. Gideon said the viral nature of online messages makes it imperative that everything looks consistent, starting usually from the chain’s e-mail offers and carrying over to Twitter and Facebook. He added that the analytics with a social-relationship management application help operators quickly determine which offers work and which don’t.

Speed is key these days, Rubin said, because companies don’t have the same luxury they had in the 1990s to be latecomers instead of early adopters.

“Ten years ago, if I had told you the operator that you needed to have a website, you probably would’ve laughed, and then a year down the road you’d have a website,” he said. “Now they’re up before a restaurant even opens. With social media, it’s that second coming of the Internet. Operators realize it’s here to stay and that it’s something they need to embrace right away.”

He added that restaurant brands also realize social media isn’t a fad but a standard marketing tool and that even if some platforms jump the shark like MySpace has, another will take off in its place.

“Mashable’s Nov. 6 report said Facebook added 471,000 members every single day,” Rubin said. “If I brought you 100 new people a day, you’d be ecstatic. Our product is totally scalable, so when the next Facebook is identified, it can be put into SocialGrub.”

Fresh 2 Order’s Gideon said partnering with firms like SocialGrub or Vitrue makes staying on top of social media easier and worth the investment.

“Whenever you talk to marketing people, everything they have is always the latest and greatest and the best,” Gideon said. “I had a lot of people ask me, ‘Why use SocialGrub when social media is free?’ For me, it’s about productivity, the analytics and being able to do something with a consistent message. It frees up time, lets you prove that what you did was worth your time, and it’s easy.”— [email protected]