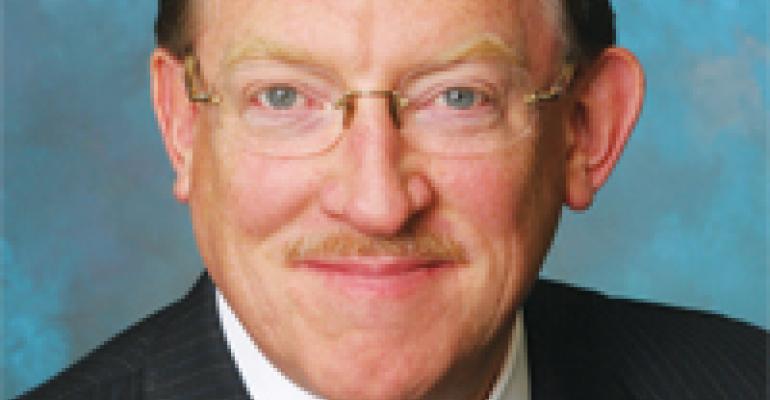 When Philip Hickey Jr. graduated from Michigan State University with a bachelor’s degree in hospitality business in the mid-1970s, he submitted his first job application to Steak & Ale, the pioneering casual-dining chain created and operated by Norman Brinker.

“I had heard about what Norman was doing there, and I really wanted to work for him,” he said.

Things didn’t work out the way he hoped, though. He was rejected by Steak & Ale and instead took a job with Houlihan’s, another dinnerhouse brand that also was blazing new trails at the time.

Over his nearly four decades in the business, Hickey never did get to work for Brinker, like so many other foodservice leaders of his generation. However, he continued to study Brinker and his much-emulated management style, adopting his celebrated “people first” approach to his own evolving success story.

“I admired what Norman did for so many years,” Hickey said. “He was one of the great leaders of this business.”

Other industry leaders say Hickey possesses many of the same characteristics that helped establish Brinker as an industry icon, making him a fitting recipient of the Norman Award, sponsored by Mindshare Technologies. The award, now in its second year, recognizes restaurant executives for extraordinary leadership skills and inspiration of future industry visionaries, as epitomized by Brinker, who died in 2009.

“It’s hard to find anybody who better embodies the principles that Norman believed in and taught to others,” said Alice Elliot, founder and chief executive of The Elliot Group, which honored Hickey with its Mentor of the Year Award in 2006. “They both have many of the same qualities.”

“I started my career as an hourly team member in the Steak & Ale system, and Norman was known for generously giving of himself to everyone he touched,” Head said. “I’ve know Phil for 15 years, and he is just as giving with his time, head and heart.”

After graduating from college and working for Houlihan’s, then owned by Gilbert/Robinson, Hickey left in 1984 to open his own concept, Cooker Bar & Grille. Five years later he and his partners took the then-nine-unit brand public. A year later he opened Green Hills Grille in Nashville, Tenn., which was acquired by Rio Bravo Cantina in 1992. He became president of Rio Bravo, which was itself purchased in 1995 by Applebee’s International.

“It was great working under [then-chief-executive] Lloyd Hill at Applebee’s,” Hickey said. “I learned that you need a combination of talent and teamwork — two pillars of Norman Brinker’s management style. You can be quality minded, but you need to be very humanistic, too.

“If people have their needs answered, they will walk through walls for you,” he said.

In 1997 Hickey was named president and chief operating officer of Rare Hospitality Group, an Atlanta-based company that at the time included such concepts as LongHorn Steakhouse and The Capital Grille. The company had sales of about $300 million and a market capitalization of $95 million.

“[Rare] was struggling by almost every metric,” said Hickey, who soon after joining was named chief executive. “Same-store sales were down, manager turnover was skyrocketing, stock was at an all-time low.”

Ten years later, the company was generating about $1.2 billion in annual sales and had a market capitalization of $1.3 billion.

When asked how he turned the company around, Hickey replied, “talent, teamwork and focus.”

“We brought in great talent and gave them a lot of runway — and creative discontent was encouraged. I felt, in most cases, they were smarter than me,” he said. “We wanted to kick butt, but we needed the best team, and we needed to provide great rewards and great incentives.”

The strategy took hold, and in 2005 NRN recognized Hickey as a Golden Chain Award winner. After Rare was sold to Darden Restaurants Inc. in 2007 for $1.3 billion, Hickey spent several years consulting with top executives in the industry — oftentimes for no pay. In 2009 he was named to O’Charley’s board, and six months later was named chairman.

“It’s the same drill — building team and starting with talent,” he said.

Head also compared the two, noting that Hickey “brings a sense of ‘been there, done that,’ and through intense devotion to building guest loyalty, I’m sure we can find a way to increase enterprise performance.”

Alfred Thimm Jr., the former president of The Palm restaurant and now president of Stoney River, said that even when he and Hickey were steakhouse competitors, they were close.

“He had the Capital Grille and I had The Palm, but we really hit it off from the beginning,” Thimm said. “He’s incredibly effective as a businessperson, but also has a real spiritual side. We were very open from the beginning, but then we’d go back on the battlefield and try to beat each other’s brains out. How could you say that your competitor was also your mentor?”

While Hickey pursues a humanistic approach to business, “there is no question about him being a great business executive,” Elliot said. “He is a true businessman and a very successful one. He has great expectations. Do not mistake his graciousness for not having high standards.”

And like Brinker, she said, “He is very intellectual, very strategic.”

Hickey, who finally got to meet Brinker face to face at a MUFSO conference in the 1990s, remembers him similarly.

“Norman had genuine respect for people,” he said. “But it was conditional respect. Ultimately, you had to perform.”

Also much like Brinker, Hickey involves himself in many industry-building efforts. He currently is serving as treasurer of the board of directors for the National Restaurant Association and is slated to become chairman in 2013.

“The NRA and our industry are blessed to have such an experienced and knowledgeable leader serving as a board officer,” said NRA chief executive and president Dawn Sweeney. “All of us who work closely with Phil know that we can count on him for truth, wisdom and a great sense of humor.

“I can think of no one more deserving of the Norman Award.”