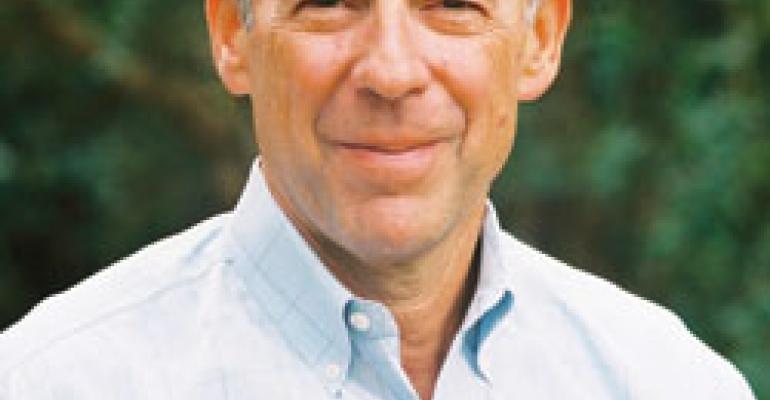 As Hurricane Gustav churned toward the Texas Gulf Coast in August, Joseph V. Tortorice Jr. wasn’t sure whether it would hit his hometown of Beaumont, Texas. He was certain, however, that he was staying put. In his 59 years, Tortorice, founder and president of the 195-unit fast-casual Jason’s Deli chain, has seen more than his fair share of violent storms, and he knows the rhythm of such adventures: residents flee or batten down the hatches; the tempest visits, vandalizes and vamooses; and when the calm returns, people’s appetites follow.

Like so many times before, Tortorice and a skeleton crew rode out the storm and worked their post-disaster plan in three company-owned stores in Beaumont, where the chain is based. When the masses arrived, Tortorice was on the sandwich line taking and making orders, driving delivery vehicles and offloading tractor trailers—the man in charge at home in the clock-puncher’s post.

“He was right beside us busing tables, working hard,” says Troy Cormier, Jason’s chief financial officer. “That’s what we do in a time like that, mostly, I guess, because that’s what he does.”

What Tortorice says he does is run a people business that happens to serve food. Despite its name, Jason’s Deli is not a traditional deli. The fast-casual concept’s menu, which emphasizes fresh ingredients prepared healthfully, includes a variety of sandwiches, paninis, wraps, muffulettas, po’ boys and pasta. Each restaurant also has a salad bar. The check average is $7.50.

But while the food is important, so too is the focus on people. In each step of the Jason’s experience, from ordering to paying to busing the tables, employees talk with customers, making sure they received what they wanted and are having a good time.

“We go to the original location here in Beaumont two to three times a week, and he knows every single person who walks through those doors, calls them by name,” says his son, a nine-unit franchisee. “He can’t get out of there for all the people stopping him to talk. They have so much respect for him.”

But while many restaurateurs are thus beloved, few have parlayed such social standing into a commercial powerhouse like Jason’s. Friends and colleagues call Tortorice a boss who builds sincere relationships with his crew in order to teach them to treat customers similarly.

Heartfelt service is the key to success in the deli business, even before great food, Tortorice says.

“So many restaurants today are transactional: You go in, get your food, pay your money, sit, eat and leave,” he says. “The most outstanding service that can be given is the emotional connection to the customer. You show them they’re not just another number.”

Russ Mason, a friend of Tortorice’s since the two met at Texas A&M University, says: “Joey has always been that way. It’s how he lives his values. His [Catholic] religion, his family and his friends are most important to him.”

Mason says that where many corporations preach the modern principle of servant leadership, Tortorice actually walks the talk.

“He’s hard-core into that,” Mason says. “He lives by example, and his company trains that into its people.”

After graduating from A&M and serving in the Air Force, Tortorice wanted to go into business for himself. His father owned a grocery store and some Laundromats, and the son recognized the independence it afforded his dad.

When his father approached him about converting one Laundromat into a small sandwich shop in 1973, Tortorice, who was working as a state government business officer at the time, says he saw the opportunity as a way “to make some side money.” Bitten by the restaurant bug, he opened Jason’s three years later.

“Actually, I kept my job and my wife, Shelley, ran it for the first year,” he says. “I’d come on nights and weekends and take over. I really credit our existence today to her, as we all know that first year is the most critical. She did a beautiful job.”

Son Jason says that despite his dad not being “the type who came home at 5 every day…we could see the business growing.”

“Even as kids, we knew something was special about the concept, that he was onto something,” the younger Tortorice says.

Tortorice recognized that, too, and began adding new stores.

In 1982, when Jason’s had grown to three units, Tortorice’s cousin, Rusty Coco, approached him about opening a franchise in Tyler, Texas, marking the concept’s first unit outside of Beaumont. Two years later, another cousin, Pete Verde, asked for the same opportunity in Plano, Texas. The success of both stores convinced Tortorice the concept would work beyond its home territory and potentially farther away. Coco and Verde eventually became partners in the business, which was officially renamed Deli Management Inc.

Adding those first few units was challenging, Tortorice says, because like all small businesses, Jason’s lacked the manpower to manage the growth smoothly and the capital to grow it quickly.

“Yes, going from 100 to 200 was easier than one to two, but you fight different problems at our size,” he says. “Ours now is keeping our culture the same as we had when we were growing up. We have to work hard to instill that in every employee, and we have a lot of them.”

Tortorice says he never envisioned operating a large company, but that’s what began to happen throughout the 1990s, when Jason’s units spread east and west, state by contiguous state. The company now has sites in 25 states located largely in the southern half of the U.S. mainland.

In 2007, Jason’s grossed $420 million, a sum that seems to astonish Tortorice when it leaves his mouth: “Sounds like a lot, doesn’t it?” Sixty-five percent of sales come at lunchtime, followed by 35 percent at dinner and catering offered at all three dayparts.

The typical Jason’s unit is freestanding or an endcap, seats about 200, covers some 4,500 square feet and costs about $1 million to build. In 2008 and 2009, the company plans to increase its unit count 15 percent to 20 percent.

“You go through phases that dictate whether real estate is available for growth, and right now, there’s lots available due to some fallout in the retail industry,” Tortorice says. “So for us, next year could be interesting.”

He admits he works more than most, but not because he’s pressured to achieve. Rather, “this is still an absolute blast for me,” he says.

“My philosophy is to have balance in your life between work, family and faith,” he says. “I just happen to love to come to work.”

Bill Darling, vice president of commercial lending at Capital One Bank in Beaumont, says operators like Tortorice are rare. After achieving similar heights, many turn down the flame and back away from the business. Tortorice, however, remains motivated and involved.

“Bankers don’t always like to see someone have all the success Joe’s had because some start globe-trotting and stop paying attention to the details of the business,” says Darling, who oversees Jason’s loans. “But guys like Joe stay hands on. He’s not satisfied to watch over what he’s built. He’s always looking for ways to make it better and more profitable.”

Not to mention protect it. When first interviewed for this story in September, Tortorice was headed to a hurricane preparedness meeting concerning a growing beast named Ike. Five days after that storm, which damaged Jason’s headquarters so severely that it’s been temporarily moved to Dallas, Tortorice still was bubbling with optimism and crackling with energy as if the hurricane was just an amusement park ride.

“I stayed in town again, and I can tell you, Ike presented all I’d hoped for; it was a horrendous experience,” he says with a respectful laugh. “But I’m in a store right now that we’d planned on renovating, and, well, and now’s the time to get it done because we had significant damage. The storm moved up the remodel date, I guess.”