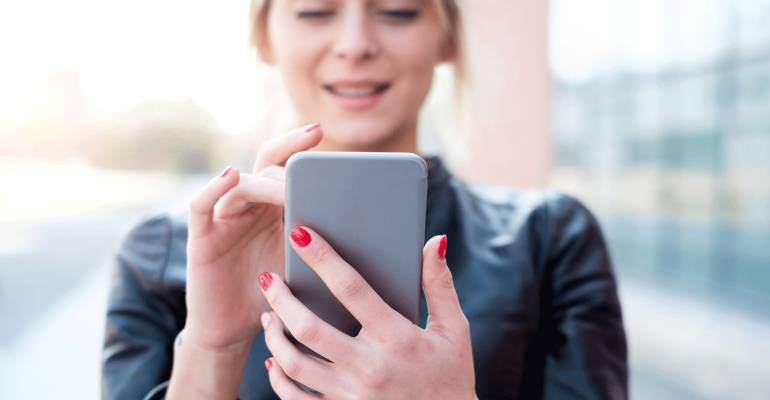 If you want to win with today’s consumers you need to give them the food they want, where they want it and when they want it. The solution to meeting those demands, according to the latest research from The NPD Group, is for operators to deliver digital convenience.

“[Digital and delivery] are really among the only sources of growth in the industry,” said David Portalatin, NPD vice president and food industry analyst.

According to NPD’s recently released “Delivering Digital Convenience” report, about 5 percent of all restaurant orders are placed digitally, an increase of about 23 percent in the last year. The majority of those digital orders are placed by mobile app.

While total restaurant traffic has been flat the last few years, in the year ended December 2018, total foodservice delivery orders were at 1.9 billion, up 6 percent over the prior year, NPD found.

“Digital is a little more than half of all delivery … It’s growing like crazy,” said Portalatin. “The future is on the smartphone.”

Among the smartphone-loving consumers driving the growth are Millennials, the first generation to adopt digital, and Gen Z, the first truly digital native generation.

“[Gen Z is] the generation who can Facetime their friends, text their moms and order a pizza all at the same time,” said Portalatin.

These consumers use mobile apps, often the restaurant’s own, to do everything from look up what’s on the menu, how much it costs, what other customers are saying about it, and, of course, order or re-order and pay.

Ironically, some of the top reasons consumers say they prefer digital ordering — to earn rewards, save money and ensure order accuracy — are the things NPD found to be lacking most.

“For operators it’s not just enough to facilitate digital to place an order,” said Portalatin. “They need to mine customer data. [Make mobile] sticky by using it as a loyalty generating vehicle, reward people.”

Moe’s Southwest Grill is leveraging digital to create an “experience” for its customers, especially those that order online or via mobile app.

“Convenience is a big part of it. Loyalty is a big piece. I also think a big part is experience,” said Jenny Williams, marketing director for Moe’s.

“You need to make sure you’re consistently being your brand wherever your guests interact with it.”

In 2016, Moe’s integrated its online and mobile ordering app with its loyalty program. Since then, online orders placed by mobile app have increased by 60 percent and online loyalty transactions have increased 69 percent.

Delivery is available for online and mobile orders and is provided in-house or through third-party delivery services depending on the location.  But, no matter the method of delivery, Williams says all transactional data is collected.

“We had to do the app for the convenience of the customer, to be in their pocket at all times and to get the data,” said Andre Vener, a founding partner of Dog Haus.

With access to key customer insights such as ordering behavior and order location, Dog Haus is able to better market and advertise to customers where ever they place orders, as well as provide relevant — rather than random — rewards.

“We’re not bombarding people with stuff that’s not relevant to them,” said Vener. “We’re not sending promotions to the whole list.”

To inspire customers to sign up for the app, Dog Haus migrated its loyalty program to the app. Customers not on the app can’t get the rewards, which have included traditional LTOs, as well as “surprise and delight” freebies sent to a random group of users, and non-food items, such as tickets to local concerts and events.

“At Dog Haus, we don’t believe in upselling at the register. You start pushing people and it’s not a good experience,” said Vener. “But in the digital space, [the mobile app] can do it without offending anyone.”

With the mobile app orders and online orders accounting for about 20 percent of business and growing, Vener and his team decided to hire a dedicated staffer to manage it all.

“We can see how important that business is,” added Vener.