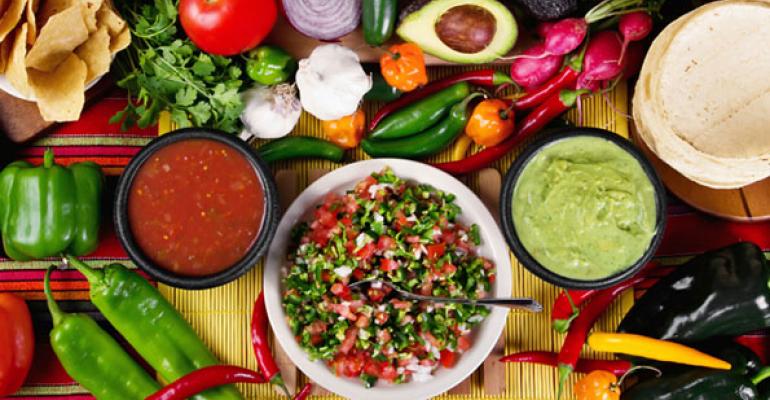 It is ethnic but mainstream, exotic but also partly homegrown and, according to a recent study by the National Restaurant Association, eaten regularly by about half of those surveyed.

The NRA surveyed 1,000 adults earlier this year for its first study in 16 years on consumers’ relationships with different “ethnic” cuisines — defined broadly as any cuisine originating in a different country or within a specific region of the United States.

Mexican cuisine has its origins both in a different country and among Americans of Mexican descent who developed their own cuisine north of the border. For example, some food scholars believe that burritos were developed by farm workers in the Southwestern United States who wrapped cooked beans in tortillas to take to the fields. The modern, fast-casual-style burrito stuffed with rice was derived from the “Mission style” burritos of San Francisco. Meanwhile, the green chile of New Mexico is unique to that state, and the deep-fried chimichanga likely originated in Arizona.

Other dishes, such as tacos and mole Poblano, clearly originate from Mexico.

That’s in line with another NRA finding, that 43 percent of respondents said the ethnic foods they like to eat are tied to their family’s “ancestry or heritage.”
According to Pew, 11 percent of Americans define themselves as Mexican-American or were born in Mexico.