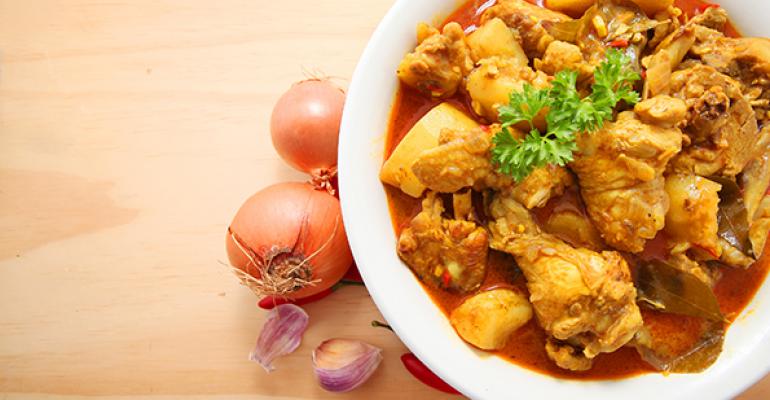 Diners more knowledgeable, sophisticated than they were 20 years ago, NRA finds

Some of the trendiest cuisines in the United States are still unknown to many Americans, who continue to do most of their culinary adventuring within the “big three” ethnic cuisines of Italian, Chinese and Mexican, according to a study released last week by the National Restaurant Association.

But consumer interest in new cuisines is growing.

In its “Global Palates: Ethnic Cuisines and Flavors in America” report, the trade association’s first ethnic cuisine study in 16 years, the NRA asked more than 1,000 adults about their familiarity with cuisines that originated outside the United States, as well as regional cuisines within the U.S.

The NRA found that four out of five surveyed consumers eat at least one “ethnic” cuisine each month, and that two thirds eat a wider variety of cuisines than they did five years ago, with one third having tried at least one new cuisine in the past year.

“Typical restaurant diners are more knowledgeable, sophisticated and experienced than they were two decades ago,” the report said. “Today’s consumer — especially in the younger age groups — generally is more willing to try new foods and expand their taste buds.”

However, the “big three” ethnic cuisines still dominate, with roughly nine out of 10 respondents having tried all three at least once in their lives. Italian is the most frequently eaten ethnic cuisine: 61 percent of those surveyed said they eat it at least once a month.

Apart from those three cuisines, the next in line in terms of popularity are regional American, Mediterranean, Japanese, Spanish, Belgian, German, French, Greek and Caribbean, each of which more than half of those surveyed said they tried at least once.

French, Greek and Spanish cuisines are all Mediterranean, but the more generic term is often used in marketing menu items from those countries, as well as Italian and North African items.

Just under half of respondents said they had tried sushi or sashimi, Middle Eastern food, Southeast Asian food and, within the Southeast Asian category, Thai cuisine at least once.

Despite the spread of Korean items such as kimchi and gochujang on menus across the country, especially at independent restaurants on the West Coast, Korean food remains one of the least known cuisines in the country, with 50 percent of surveyed consumers saying they are unfamiliar with it. Other trendy cuisines that remain mysteries to many respondents are Peruvian cuisine, of which 49 percent said they were unfamiliar, and Brazilian and Argentine cuisines, unknown by 52 percent of respondents. Topping the list of unfamiliar cuisines was Ethiopian, unknown to 70 percent of those surveyed.

Mediterranean cuisine, with its focus on healthful oils, seafood and vegetables, has also been more integrated into people’s everyday lives, with the number of surveyed consumers saying they eat it frequently rising 11 percentage points. That’s followed by sushi and/or sashimi, rising 9 percentage points, and Spanish, rising 7 percentage points.

Most experimentation with ethnic foods is done at dinner. More than three quarters of respondents, 77 percent, said they eat ethnic food most often during the evening meal, while 18 percent pointed to lunch as their main time for ethnic eating.

Younger consumers are also more likely to eat ethnic cuisines related to their own heritage. Fifty-seven percent of 18-to-24 year olds who responded said the ethnic foods they like to eat are tied to their family’s ancestry or heritage, compared with 43 percent of people overall.

Offering ethnic food as a special item can be an effective selling point, the study found. When asked if they would consider trying ethnic food as a special at their favorite restaurant, even if it were different from the type of food normally offered there, 80 percent of respondents said they would. However, 84 percent of respondents said they prefer to eat ethnic cuisine at restaurants that focus on that cuisine.