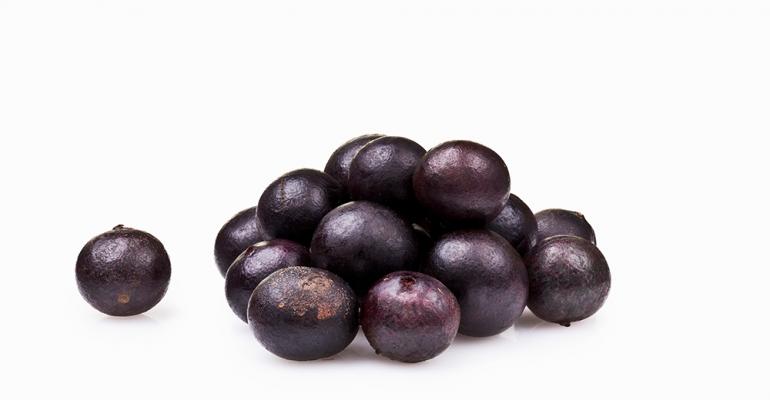 Açaí is a small, dark purple berry from South American rainforests that is widely touted as a superfood because, like other berries, it is high in antioxidants and other nutrients.

It has gained particular popularity in açaí bowls. In fact, entire restaurant brands have been built around the menu item, which consists of açaí and other nutrient-dense ingredients blended together until they have a consistency similar to a smoothie, served in a bowl and often topped with fruit, granola or both.

Açaí is found on 2.9% of menus in the United States and has increased by 21% over the past four years, according to menu research firm Datassential. It is known among 61% of the population and 34% have tried it, though the highest awareness is among Asian and Gen Z consumers.

As always, click through the gallery for more information on this flavor, and a menu idea.