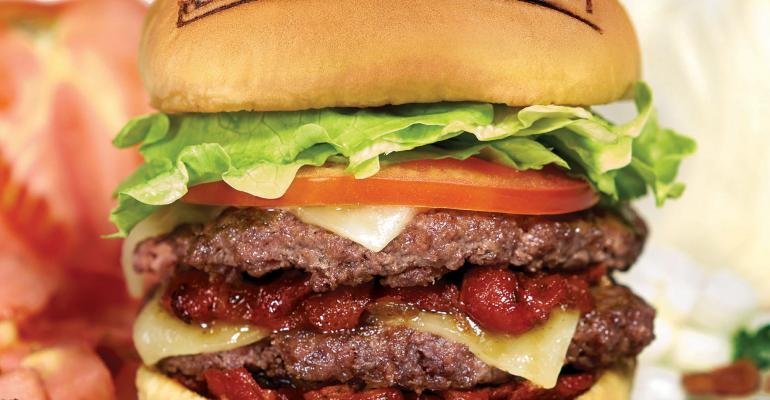 Nation&#39;s Restaurant News surveyed nearly 300 participants in its annual Operator Survey. Find out what your restaurant industry peers had to say about labor, menu, growth plans and more.

A full three quarters of operators surveyed by Nation’s Restaurant News said they were planning to change their menus this year. Some were adding more premium or healthful items, but the bulk of respondents were either adjusting for the cost of ingredients — which are generally stabilizing this year — or adjusting for seasonality.

Responding to seasons is no longer merely an option at restaurants, but something that customers expect, regardless of the segment.

In coffeehouses, pumpkin spice lattes have become a necessary harbinger of the fall. Lemonade varieties proliferate at quick-service restaurants in the summer, such as Giving Grape Lemon Ice, a grape flavored iced lemonade that Fazoli’s introduced at its 212 locations last summer; the summertime special of blackberry lemonade at 5,750-unit Wendy’s; or the Wild Berry Frozen lemonade offered from May through July at Cinnabon, which has 1,200 locations in 55 countries.

Seasonality can also be a question of heartiness. At 83-unit better burger chain BurgerFi, based in West Palm Beach, Fla., the first in its new burger line of Seasonal Sprouters is the Brisky Business, a hearty patty that reflects cooler weather by blending short rib and brisket meat, topped with a sweet and tart tomato jam, candied smoked bacon and sharp white Cheddar cheese.

Paul Griffin, BurgerFi’s director of culinary purchasing and research & development, said his vision is to do what gourmet restaurants do, which is follow the seasons, “as much as we can, being a fast-casual burger joint.” That means taking advantage of early tomato season in Florida with the jam, but keeping the other toppings hearty because it’s still chilly out in much of the country.

“They quickly become top sellers,” he said in an email, adding that the seasonal items are also frequently shared via social media.

Seasonality is also an important aspect of the offerings at Mod Pizza.
The Seattle-based chain’s latest seasonal offering is the Cooper, which is topped with roasted asparagus, red peppers, Italian sausage, red onion, ricotta and mozzarella cheese and basil.

“By having the opportunity to bring seasonal vegetables to the party, you get to be creative and reach out a bit,” said Brian Figler, culinary manager of the 115-unit chain.

He said that both his staff and customers get excited as the seasonal creations become available, and as an added bonus, it encourages his staff to eat more vegetables.

Lory brings in daily seasonal fish, and ends up selling 15-20 seasonal crudos and 10-15 catches of the day each day — not including the regular salmon and halibut items.

“It’s catching on like wildfire,” he said. “I keep selling out every day, which is exactly what I’m looking for. … The craziest thing is people say, ‘You know, I really wanted to do the Porterhouse tonight, but I’m really happy I tried that fluke crudo.’”

He added that seasonal sides — such as the shishito peppers and sugar snap peas in miso ponzu sauce he’s currently offering — can also mean incremental sales: Customers aren’t going to skip the mashed potatoes, but they might order the seasonal specials, too.