Flavor of the Week: Kalamata Olives: The purple fruit from Greece 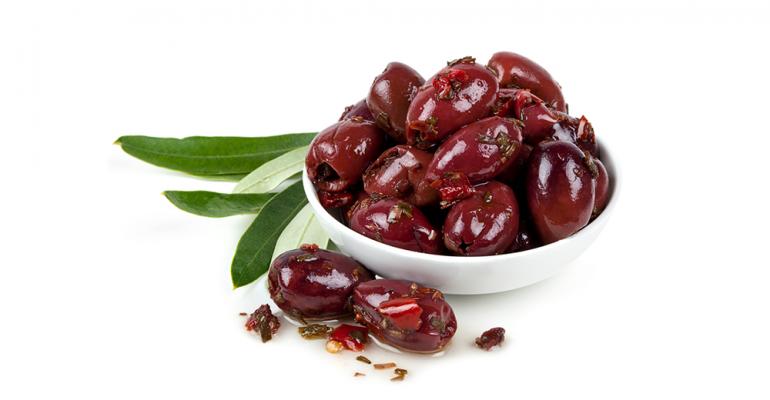 Kalamata olives are a classic in Greek cuisine characterized by their large size, deep purple color and meaty texture. Their name comes from the city of Kalamata in Greece’s southern Peloponnese, where they are often used to snack on. Traditionally, they are preserved in wine vinegar and olive oil.

As interest continues to grow in Middle Eastern and Mediterranean cuisines, the Kalamata olive remains a staple, lending a distinct, heart healthy punch and a splash of color to many mezze platters, and quickly adding an earthy brininess to whatever dish incorporates it.

While market research firm Datassential’s research shows that Kalamata olives are pretty common on menus, the ingredient is mostly found on menus in the Northeast according to the company, with the largest awareness among Boomers.

Click through this gallery to learn more about the Flavor of the Week and get inspired by one restaurant’s use of Kalamata olives in a dish.