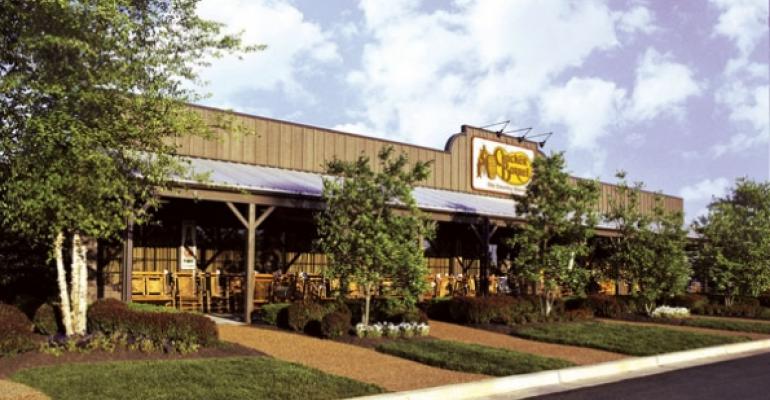 Just how big was Cracker Barrel’s lead? In addition to outscoring its closest competitor, Bob Evans Restaurants, by 6 percentage points in the overall rankings, the Lebanon, Tenn.-based chain won top spots in nine of the 10 attribute categories.

Cracker Barrel failed to win top grades only in the Value category, in which Norcross, Ga.-based Waffle House took the No. 1 spot. The 621-unit Cracker Barrel won by the largest margin — nearly 13 points — in the Atmosphere category, which shouldn’t come as a shock, said Jeffrey T. Davis, president at restaurant industry market research firm Sandelman & Associates.

Because Cracker Barrel focuses on both the restaurant and retail portions of its business, people think of it as a broader experience, he said, adding, “When you feel good about a place, it tends to overlap into other areas, as well. Cracker Barrel is way ahead of everybody else on decor.”

Davis said the chain’s high score for Atmosphere likely influenced consumers’ other perceptions about the brand, such as in the Reputation and Service attributes Cracker Barrel also scored high grades for Menu Variety, although it just edged out nearest competitors Bob Evans, which came in second place, and The Original Pancake House, which came in third place in the category.

Menu variety often is considered to be a key attribute for family-dining concepts, which must cater to both children and adults. As a result, Cracker Barrel and Bob Evans have made it a priority.

During the past couple of months, Cracker Barrel has been pushing new marketing and menu initiatives to provide more variety for its customers. The company plans to roll out a line of more healthful offerings, dubbed Wholesome Fixin’s, this summer. The line, which includes breakfast meals containing fewer than 500 calories and lunches and dinners with fewer than 600 calories, is expected to become a permanent fixture on the company’s menu.

Bob Evans, which sold its Mimi’s Cafe brand to Le Duff America Inc. for $50 million in January to focus on its core business, has a menu that cuts across dayparts. After the Mimi’s sale, the Columbus, Ohio-based company noted that it would refocus on its bakery and carryout platforms — both of which are designed to drive sales growth and increase consumers’ dining occasions.

One major change in this year’s Family-Dining category is the absence of Marie Callender’s, which ranked No. 2 in Overall Score in last year’s survey. This year the chain fell below the survey’s sampling threshold. Marie Callender’s filed for and then emerged from Chapter 11 bankruptcy protection in 2011, during which time it closed about one-third of its locations.

Other initiatives experts said have helped keep Cracker Barrel at the top of the Family-Dining pack include:

Top brands and why consumers love them