Smoothie King is a quick-service restaurant chain specializing in smoothies.

Smoothie King was founded in Kenner, La., in 1973 by Steve Kuhnau. Its first franchise opened in New Orleans in 1989 and it expanded internationally in 2003 to South Korea. The company now also has units in Trinidad & Tobago and the Cayman Islands.

The company’s CEO, Wan Kim, began as the chain’s franchisee for South Korea, opening more than 100 locations in the company. In 2012, he bought Smoothie King’s parent company, Smoothie King Franchises Inc., from Kuhnau. He later sold his South Korea stores.

The Smoothie King menu features a variety of smoothies, including what the company calls “nutritious enhancers” that can be added, such as different kinds of protein, energy boosters and probiotics. The menu is split into four categories: “get fit,” “stay slim,” “be well” and “take a break.” There are also smoothies designed just for kids. 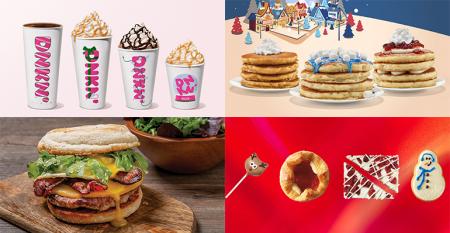 9 restaurant companies are tackling diversity, equity and inclusion in the C-suite
May 27, 2021
One year after George Floyd’s murder sparked a national conversation, here's what new initiatives have come from the Black...

Noodles & Company promotes executives to head up operations, technology and people
Mar 03, 2021
Brad West is new COO, Sue Petersen is EVP of D&I and people, and Corey Kline is EVP of tech

The year in beverages: From nutraceuticals to portable cocktails, from celebrity endorsements to energy boosters
Dec 22, 2020
Like so much of what happened in 2020, the year in beverage trends started out pretty normally, with lighter drinks for resolution makers and a continued spread of non-dairy milk substitutes, followed by some indulgent drinks for Mardi Gras, along...
Load More