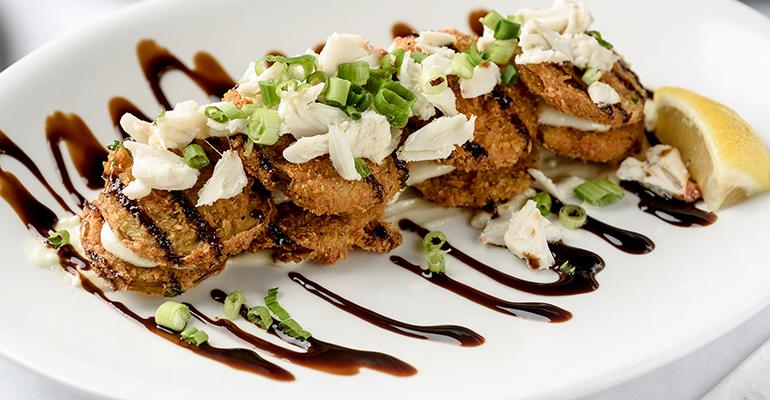 Why fry chicken when there’s cauliflower, Brussels sprouts or tomatoes?

With diners craving more comfort foods, more chain restaurant operators are firing up their deep fryers to create sales-driving fried appetizers. While fried foods such as French fries, cheesy jalapeno poppers and chicken wings have long been staple apps for many chains, what’s different now is that operators are throwing more vegetables into the fryer.

According to the latest research from Datassential, plant-forward options such as fried cauliflower, Brussels sprouts and heirloom tomatoes are fast-growing on appetizer menus.

Over the last few years chain restaurants in all segments have added innovative new plant-based fried appetizers. Additionally, some operators have brought back fried vegetable appetizers previously offered only for a limited time, many of which have been so popular that they quickly found a place on the permanent menu.

“While cauliflower skews towards fine dining, all segments including quick service and fast casual have adopted cauliflower onto menus,” said Kate Shear, senior analyst for Datassential. 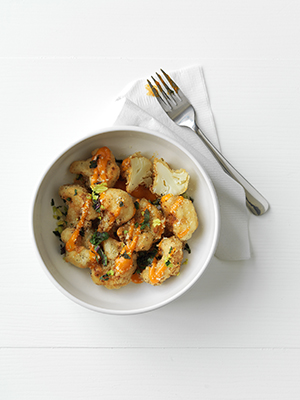 Cauliflower buffalo-style makes many an appearance menus. Cincinnati-based Buffalo Wings and Rings serves cauliflower “wings,” hand-breaded cauliflower that is fried, and then drizzled with the chain’s signature roasted garlic medium sauce and dusted with Parmesan cheese ($6.99).

Subway jumped on the fried cauliflower trend in February when it launched a regional test of Cauliflower Fritter Signature Wraps and Cauliflower Dippers.  The fritters were made with premium white cauliflower, seasoned with onions and garlic and given a crispy coating. The Dippers came with two to an order and were served with a side of curry sauce. 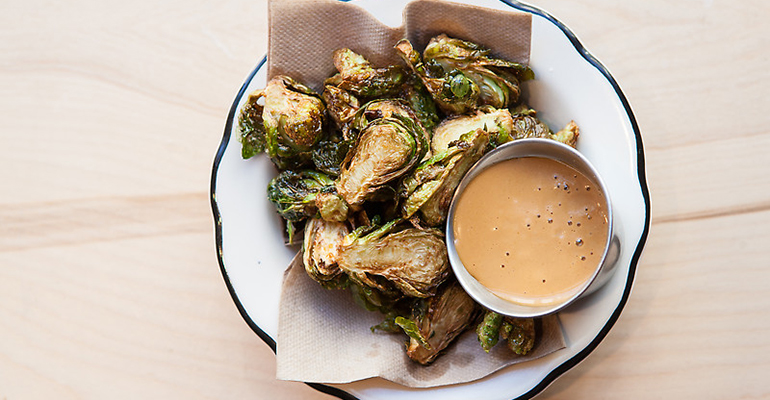 “What started out as a special has turned into a customer favorite that has earned a place on our permanent menu,” said Jen Rebman, culinary director at Gott's.  “[Our fried Brussels sprouts] are super craveable and are frequently ordered as a shareable side. A delicious way to get your veggies for the day.”

Black Tap Craft Burgers and Beer, a global gourmet burger and shake chain, serves Brussels sprouts with a sesame-tahini sauce. Available at all U.S. locations, the Brussels are fried crispy in oil, tossed in kosher salt and then served with a tahini sauce made with a touch of soy and lemon that Corporate Executive Chef Stephen Parker says makes them “addicting” (prices range by location from $8-$10).

“There’s no shortage of the ways you can enjoy plant-based appetizers,” said  Black Tap’s Parker. “The easiest way to convince skeptics that they’re the best part of any meal is to serve vegetables fried to a crisp — and hopefully with a tasty dip of some kind.”

Other popular plants. Some of the other vegetables increasingly getting fried up and driving sales include tomatoes and mushrooms.

“It’s a unique product that a lot of other restaurants don’t offer due to difficulty in procurement and execution,” said a spokesperson for the seafood chain. “Fried Green Tomatoes performed beyond expectations with mix coming in 25% over projections.”

Panko-crusted green tomatoes flash fried in canola oil and topped with blue cheese, lump crabmeat, and balsamic reduction ($11.95) are a signature appetizer and crowd favorite at Bozeman, Mont.-based Montana's Rib and Chop House. The dish is also the No. 1-selling appetizer for the steakhouse chain’s parent company, Finally Restaurant Group.

Grapevine, Texas-based Cotton Patch Café, which specializes in scratch-made Southern food, brought back its Jumbo Crispy ‘Shrooms as a Fall appetizer. The oversized, hand-breaded and fried-to-order mushrooms, served with a choice of dipping sauces such as honey mustard ($5 Not Texas Size; $7 Texas Size), resulted in an increase in Texas Size appetizer orders for the third quarter.