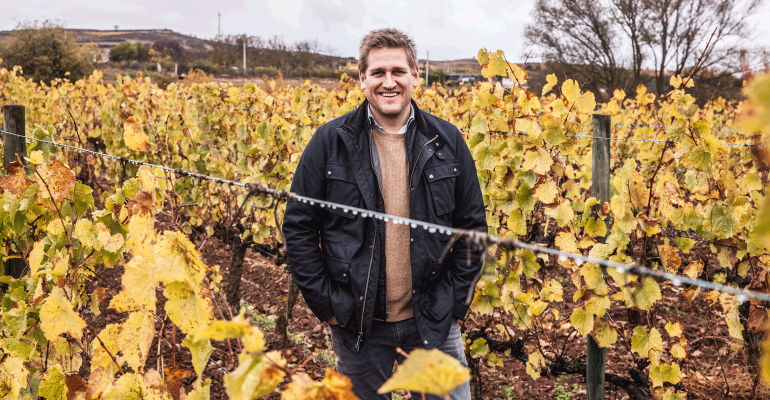 After being closed for several weeks, chef and restaurateur Curtis Stone’s restaurant Maude in Beverly Hills, Calif., is scheduled to reopen Tuesday with an entirely new format and a focus on wine regions around the world.

For about four years, the 24-seat restaurant Maude has offered a 10-course tasting menu built around one ingredient each month.

It was an exercise in focus, taking a deep dive into a specific theme — from lime or beets to black truffles or cucumbers — and it had a good run. Stone went on to open the fine-dining restaurant and butcher shop Gwen across town in Los Angeles in 2016, with a broader menu and a focus on premium meats.

The creative concept was working, said Stone, “But at some point, you’re on that treadmill, and, like anything in life, you get a little lethargic. It felt like work and not something we were loving doing. So we said, ‘Look, let’s stop this.’” The restaurant closed after New Year's Eve for a revamp of the menu and a refresh of the interior.

Gone are the monthly tasting menus. Maude will now focus on four menus throughout the year, each inspired by different wine regions across the world.

Stone and his team traveled there in the fall of 2017 for inspiration. It was a reunion of sorts for Maude’s executive chef Justin Hilbert, who staged in Spain at the two-Michelin-star restaurant Mugaritz years ago.

“We drank lots of wine and looked at architecture and heard great music and met a bunch of locals and ate in great restaurants and walked around markets,” Stone said. “If you think about the cuisine as a whole, and who and what it is, it’s a reflection of the culture. It’s a really romantic culture that has a really detailed, romantic cuisine.”

The trip included a visit to the Marqués de Riscal winery, where a hotel designed by architect Frank Gehry evokes a gypsy dancer’s skirts. The crew also hunted for mushrooms with chef Francis Paniego of the Michelin-starred restaurant Echaurren in Ezcaray. And the team visited the 120-year-old vines of organic viticulture expert Juan Carlos Sancha, a professor of enology at the University of La Rioja, who wowed the chefs with a bean dish made of pig ears and chorizo that Stone said, “would just blow you away.”

At Maude, those experiences translated into dishes like a plating of roasted maitake, yellow foot, hedgehog, trumpet and chanterelle mushrooms, perhaps touched with juniper-wood vinegar and coriander, depending on the mushrooms available.

“The balance of beef and fat was just perfect,” Stone said.

There’s still no à la carte dining at Maude, where the pricing used to range from about $90 to $325, depending on the featured ingredient under the old format. Maude’s Rioja menu is priced at $125 for 10 courses, and wine pairings are available for an additional $125, $250 or $500. There’s no corkage fee for customers who would like to bring their own wine from Rioja, Stone said.

The restaurant uses the Tock ticketing system, and reservations will be released for each season.

Before reopening, in January Stone brought a team of about a dozen staffers from Maude on the next trip for the second-quarter menu, but he’s not saying where.

“That will be a surprise,” Stone said.

Maude’s interior has also been refreshed to reflect the menu change, with new chairs and tables, new carpeting and wall art that will reflect the region represented. The renovation also extended the wine cellar and included upgrades to the kitchen, he said.

Roughly $200,000 was invested in the space, Stone said. But the key has been to make sure he and his team were eager to get out of bed in the morning and do something new.

“As soon as we don’t like it, we all start doing a bad job of it, and guests start not liking it as well,” he said. “So why not get ahead of it, rather than wait for something to be broken.”

CORRECTION: This story has been updated to clarify the timing of Maude's closure.