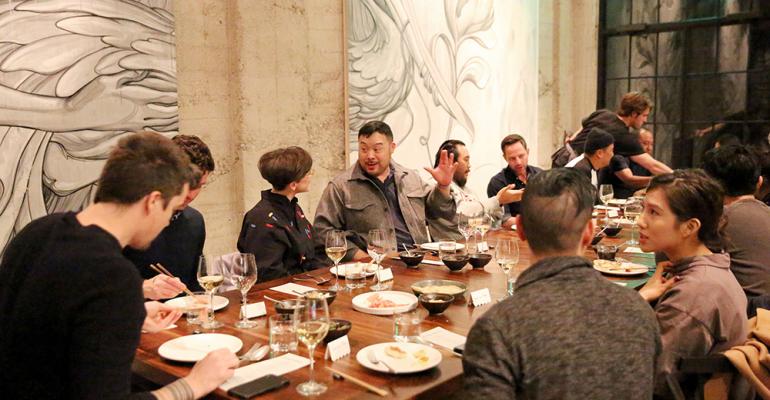 On food and storytelling: an evolving culture 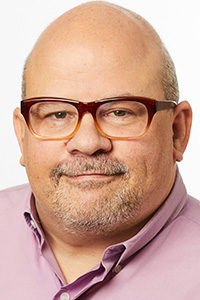 Nancy, years ago, in the late 1990s, when I was a fledgling food writer, I was in a bar with an in-flight magazine editor and I pitched to him the idea that I write about food culture for his publication.

He looked at me like I was stupid. He said people were interested in recipes and restaurant reviews. But food culture? What even is that?

Well, now food, and everything about it, is at the very center of American culture. There are whole TV networks devoted to it. Series like “Munchies” on the Vice network and David Chang’s Netflix series from last year, “Ugly Delicious,” not to mention the late Anthony Bourdain’s “Parts Unknown” on CNN, among others, have plumbed the depths of food and the stories behind it. That’s completely apart from the cooking competitions, which, besides all the drama, give insights into the hearts and minds of chefs.

I don’t watch any of that, Nancy. Food is my job. When I’m watching TV at home I don’t want to be reminded of it.

Related: Are restaurant awards worth the trouble?

But keeping food out of my entertainment is getting harder as food and restaurants play more important supporting roles in what I watch.

Those roles can be rather minor, like Sheldon Cooper’s gastronomic idiosyncrasies in “The Big Bang Theory,” whose series finale aired in May. Sheldon (played by Jim Parsons), a genius with stunted social skills, basically didn’t want to eat anything he hadn’t eaten by the time he was 5 years old.

Or they can be a bit bigger, like the food obsession of Charles Boyle (played by Joe Lo Truglio), a detective on the hit series “Brooklyn Nine-Nine,” now on NBC, who sends his colleagues to all-sausage Hungarian restaurants and tries to bribe his way into getting an apartment by cooking Catalonian eels for his potential landlord.

These aren’t just throw-away food jokes. Sheldon’s diet fits in with the rest of his character: A cursory Internet search indicates that Sheldon’s dietary patterns are in synch with many people on the autism spectrum, just like his obsessive compulsive traits and failure to recognize social cues.

The portrayal of Boyle’s food obsession is more complex. Catalonian eels are a real thing, a sausage-only Hungarian restaurant in Brooklyn is not. However, he’s never done anything outlandish enough for me to get angry at the television, and I have been known to yell at cooking shows for getting things wrong.

Then there’s Brandon Johnson, played by Jason Mitchell, on the Showtime series, “The Chi,” which takes place on the south side of your hometown of Chicago, Nancy.

Brandon’s an aspiring chef who gets turned down for a job because the chef hiring him, a woman from Nigeria, says his food doesn’t have a story behind it.

I didn’t know food with stories had sunk so deeply into our culture.

So I’d like to find that old magazine editor and rub his nose in his dismissiveness of food culture.

Except maybe not. When I talk to members of my extended family about the story behind a particular dish, they shrug it off.

And there’s a running battle on my Twitter feed between recipe writers who pen long narratives about the origins of their dishes and those people who want to cook that recipe without being presented with a novel beforehand.

The recipe writers defend their right to get as detailed as they want about the story behind their food, but some members of their audience really just want them to get to the point.

Chefs that I interview these days often like to talk about how their food is developed — or it’s possible that I want to hear about it and they’re good enough to indulge me — but they also usually try to make sure that their front-of-the-house staff is knowledgeable both about the story behind the food and how to tell whether their customers are interested or not.

Looking at Nation’s Restaurant News’ latest Top 200 report, some of the fastest growing chains do lean heavily on messaging not related to food, and others do not.

Raising Cane’s Chicken Fingers is once again among the fastest growing chains in the country. The breaded chicken specialist based in Baton Rouge, La., actually does have kind of an interesting story behind it: Raising Cane was the name of founder Todd Graves’ dog. But the chain’s strength is not its story but its incredibly boring menu of chicken fingers, Texas toast, fries and coleslaw. I doubt the chain’s fans care about the dog; they care that those tenders taste exactly the same every time they order them.

Another fast grower is First Watch, a chain without much of a story but with a lot of innovative food across the nutritious-indulgent spectrum available for breakfast, brunch and lunch.

But then there are places like Lazy Dog Restaurant & Bar, which has a web site that starts with a video explaining the founder’s inspiration from spending his summers in the Rocky Mountains. I’m not sure what customers do with that information, but the chain grew by 27% in 2018, so they must be striking a chord.

And MOD Pizza has broken away from the fast-casual pizza pack while putting forward the message of social engagement both through community involvement and hiring people who might have trouble finding jobs elsewhere, like those transitioning from prison or drug addiction.

My point, Nancy, is that food is now an important part of our culture, but it’s also, you know, food. My question for you is this: How do restaurateurs determine when to tell their food’s story and when to shut up and let the food speak for itself? 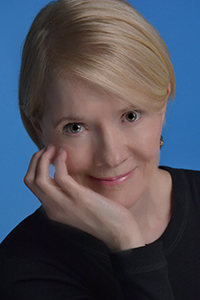 Okay, so I’m a little confused by your closing question, Bret, which suggests that the food on the plate and the story of how it got there could ever be mutually exclusive. I don’t think that’s actually possible.

Chefs are always, always telling a food story. Sometimes it’s through a marketing pitch, like Arby’s Smokehouse Brisket that’s “smoked for 13 hours in a pit smoker.” Sometimes it’s through menu descriptions that tell us about the origin or seasonality of ingredients. And sometimes it’s simply implicit in the finished dish itself, which tells us quite a lot about the chef’s taste and talent, his or her ethnic background and culinary training.

Of course, I understand and agree with your larger point that any story, whether overt or implied, doesn’t amount to a hill of beans in this crazy world if the food isn’t delicious. This “hill of beans/crazy world” allusion, by the way, is from the classic movie “Casablanca.” I don’t want to assume that it’s popped up on your TV screen, but I heartily commend it to your attention if and when it does; you’ll thank me for it.

Anyway, the proof is, was and will always be in the eating, which is the ultimate marker of quality and satisfaction, regardless of narrative trappings.

However, you make some other points on the way to your finishing query that baffle me. I don’t agree that food-related plotlines swirling around Sheldon, Charles, Brandon and their fictional, televised ilk have anything to do with our food culture. It seems to me that they actually represent the power of pop culture, which absorbs and reflects a zeitgeist in which restaurants loom large. It’s not surprising that scriptwriters are referencing food trends; after all, they’ve become part of our social currency, along with action-hero movies and piano-playing pussycat memes.

But they are only distantly related to our actual food culture. The sum of our collective culinary traditions and customs, it has only recently become the subject of study that moves beyond melting-pot platitudes. It’s true that television has helped shine a light on the topic, as with some of the documentaries you reference, and there are organizations like Southern Foodways Alliance that explore the roots and evolution of Southern regional gastronomy.

Authors and experts like the estimable Jessica B. Harris, who researches the impact of African foods on the American table, and Sean Sherman, aka the Sioux Chef, who represents the Ogalala Lakota tribe and writes about the influence of indigenous foods, are gaining a voice and providing invaluable insights.

I know that you know all this, and I suspect that your younger, late-1990s self was maybe a little ahead of the curve in pitching food culture to an in-flight magazine. Still, I’m almost as respectful of your command of television food references as I am of your culinary fluency. Maybe you should think about some sort of rating system for food presentation in popular media based on accuracy of presentation, correctness of pronunciation, visual appeal of food styling and so on. Indeed, perhaps it might be worth re-pitching to the in-flights, many of which could use a little refresh.