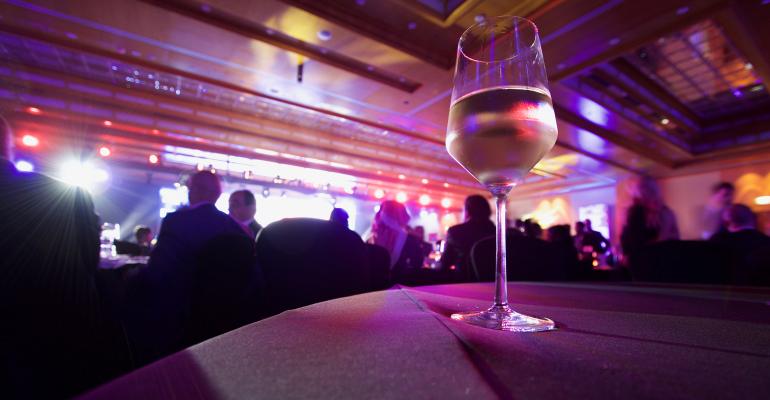 Are restaurant awards worth the trouble?

Thorn and Kruse discuss the annual presentations of industry recognition

The Golden Globes, Grammys and Oscars might be behind us, but the restaurant world is just getting started handing out trophies and medallions like coaches of a kids’ soccer league.

The 50 Best are selected by a group of more than 1,000 voters, some in the industry, some in the media, and some just avid diners. The awards focus on high-end restaurants.

The new awards are more free-wheeling and selected by a much smaller panel of around 100 chefs, restaurateurs and members of the media. Prizes were granted in such artistic, socially conscious and nebulous categories as “Original Thinking,” “Forward Drinking,” “Collaboration of the Year,” “Ethical Thinking”, “Tattoo-Free Chef” and, for some reason, and with all due respect to winner Lisa Abend, “Long-Form Journalism.”

A spokeswoman told me in an email that most of the categories are likely to change each year, “to showcase the full breadth and spectrum of excellent dining across the globe.”

Of course, my favorite awards are the MenuMasters, selected by NRN’s editors and sponsored by Ventura Foods, which go to culinary innovators at restaurants large and small, fancy and less-so. It’s a great party with pretty trophies, gifts of custom artwork and a remarkable crowd of restaurant industry notables. (A highlight last year was watching fine-dining superstar Daniel Boulud chatting with Del Taco research and development director Anne Albertine). 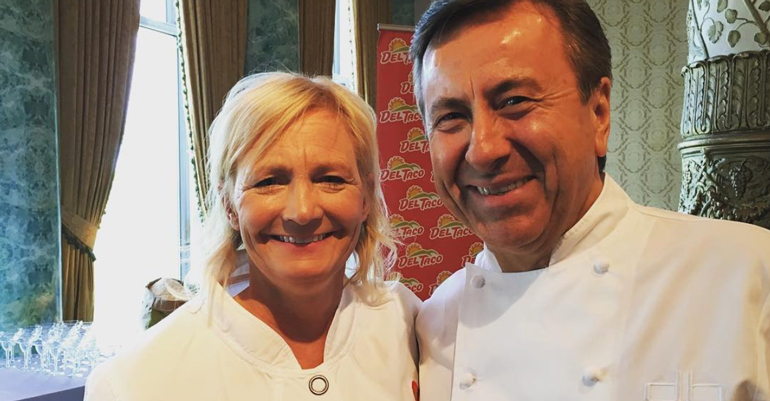 The Beard Foundation likes to call them the Oscars of the restaurant world, which is weird and rather nonsensical, and nonetheless frequently repeated by the media.

For one thing, the Academy of Motion Picture Arts and Sciences has more than 6,000 members and it’s within the realm of possibility that many of them, being in the movie industry, have seen many if not all of the films on which they’re voting.

The Beard Awards — by which I mean the restaurant and chef awards, not the media ones which are selected by different judges and which get less attention — are selected by regional panels totaling around 600 to 700 people, including members of the food media and past winners.

They’re problematic for several reasons, not least of which is that the national categories, such as Outstanding Chef and Rising Star Chef of the Year, can be voted on by any of the judges. That means each judge would have had to have visited the restaurants of 20 or more chefs on the list of semifinalists, from all over the country, to make informed judgments about which of those chefs is most deserving.

The regional awards, voted on by regional panelists, are a little more manageable, especially if you’re in a geographically small region like New York City. Conceivably, although with time and financial resources few chefs or food writers have, you could have dined at all of the 20 restaurants in that area (paying your own way, because free meals are not allowed). But what if you’re in the Southeast, which for Beard Award criteria includes, Georgia, Kentucky, North Carolina, South Carolina, Tennessee and West Virginia? That means you’d have to be familiar with the restaurants of great and diverse food cities such as Atlanta, Nashville, Louisville, Charleston, Raleigh and Asheville as well as destination dining establishments in between, such as Blackberry Farm in Walland, Tenn.

But regardless of these particular idiosyncrasies, I think it’s often forgotten that just because you win an award, that doesn’t mean you’re actually the best. Judges are human, with their own foibles and biases. Especially for industry awards, whether from the Beard Foundation or the Academy of Motion Picture Arts and Sciences, the judges are possibly friends of some of the chefs or filmmakers or restaurateurs that they’re expected to judge. That’s problematic at best.

But on the other hand, who cares? Awards are fun. They celebrate the industry as a whole and recognize people who are great at what they do whether they’re actually the best or not.

Best. What does that even mean?

Awards also are self-perpetuating. If you win an award, you’re going to scream from the rooftops that it’s really important. You’re going to mention it in your bio and put it on your résumé and act like it’s a big deal whether it really is or not.

But what do you think, Nancy, are awards good things, or does the quest for a Beard medallion or whatever get in the way of the central job of serving your customers?

You nailed it, Bret. The entire first quarter of the year is awash in awards, and I confess that I find myself addicted to all that pomp, circumstance and red-carpet snark. As you may know, I went to film school, and my enduring affection for that medium ranks right up there with my unshakeable love for the restaurant business.

In practical terms, this means that I experience double the drama as I follow the annual announcements of nominees for various and sundry awards in both industries. Announcements themselves have become ritualized, what with all the handicapping, hand wringing and head shaking both before and after. Then there are the awards ceremonies in all their endless, often self-conscious and sometimes score-settling, glory.

Then they are immediately followed by institutionalized post-game analyses replete with outrage, what-were-they-thinking recriminations and solemn promises to reform the system before the next go-round. I’m totally exhausted when, like Punxsutawney Phil climbing out of his groundhog hole, I crawl out from behind my TV or computer screen, blinking in the natural light.

Now that I’ve come up for air this year, I’m struck again by how much the two industries have in common. First, there’s mad pandering to Millennials on both sides, which is understandable but sometimes painful to watch. It seems to me that “Tattoo-Free Chefs” are by their very nature “Original Thinking,” given the inked-up state of so many of their peers.

Second, the Beard noms clearly suffer from the Glenn Close syndrome, which is to say that I read the (very, very) long list of semi-finalists and think “him again?” My goodness, Bret, some of these guys appear year after year; and, yes, I deliberately say “guys.” Most women chefs haven’t been in the spotlight long enough to tally so many repeat appearances. But it must be dispiriting for these truly talented chefs to smile gamely as a different name is pulled from the envelope. Maybe the Beard organizers should consider the equivalent of the Oscar’s Irving G. Thalberg award as a mea culpa for lifetime achievement by chefs who’ve been repeatedly passed over.

The Academy of Motion Picture Arts and Sciences was rightly drubbed for its misguided attempt to cut categories like editing and costume design from this year’s broadcast. Movies, like restaurants, are a collaborative undertaking. While it’s great that the Beards nod to pastry, service and bar programs, I can’t help but feel that this is kind of perfunctory given the veritable legions of nominees on the culinary side. You and I have discussed the importance of service in the past, and good servers damn well deserve the star treatment. Frankly, so do some of the other critical if unglamorous supporting roles like, say, bussers and dishwashers, who deserve a shout-out for their roles keeping the enterprise humming and the customers satisfied.

You reference the “geographically small region” of New York City, which, however small, still has its own Best Chef category. Yeah, I get it: That’s where the Beards are based and where James Beard spent his professional career. But at best it’s out of step and at worst it’s just plain biased with its implication that New York City is the center of the culinary universe. If that was ever the case, and I’m not sure that it really was, it certainly doesn’t reflect the contemporary restaurant scene in this country.

The Beard organization made a great leap forward when it relocated the awards ceremony to Chicago. As with the Oscars, the group made the requisite pledge to increase diversity and taken the requisite stand against sexual harassment.

Now let’s see them walk the talk, not just in New York City or Chicago or other major markets where they generate tons of media coverage, but all over the country, which, as you correctly point out, is home to great, diverse and exciting food cities.