Chefs on the Move: Catching up with new positions during the pandemic 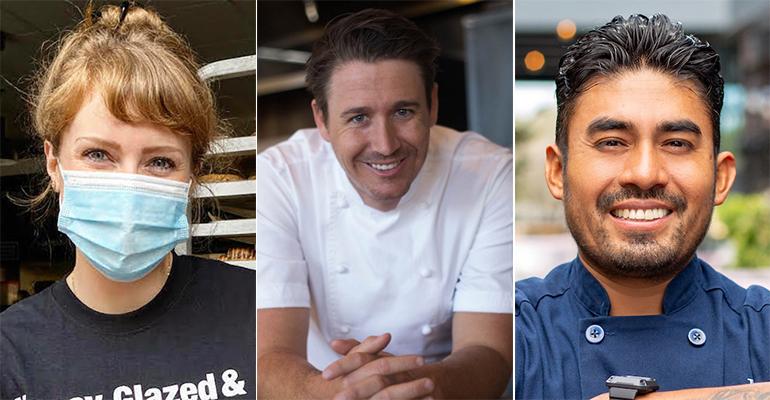 While reporting on other pressing issues in the restaurant world in the face of the novel coronavirus pandemic, we delayed reporting on new jobs that chefs are getting across the country. We’re resuming that now, with the news that Commander’s Palace has a new executive chef for the first time in 18 years, Megan Bickford. Brennan’s of Houston also has a new chef, Joseph Chavez, as former chef Joe Cervantes is in charge of the food at Pier 6 Seafood & Oyster House in San Leon, Texas.

Eric Bost closed his restaurant, Auburn, in Los Angeles and is now executive chef of Jeune et Jolie in Carlsbad, Calif., and Jonathan Waxman protégé Travis McShane has opened his first restaurant, Ostia, in his hometown of Houston.

Bill Greenwood is now running the kitchen at Madeline Hotel & Residences in Telluride, Colo., and Jack Logue is the new chef at Tribeca’s Kitchen in New York City.

Anthony Sousa is the new executive chef of the revamped Bathhouse Kitchen in Brooklyn, and Ivan Zivkovic has joined Street Guys Hospitality as chef of Ambar Capitol Hill in Washington, D.C.