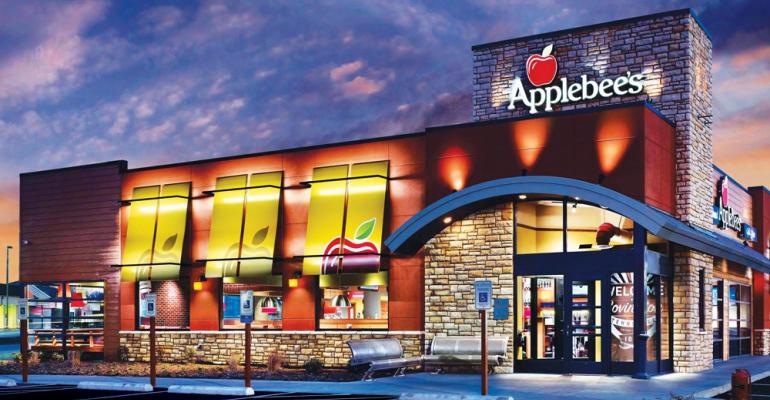 The group of restaurants in 14 states were operated by RMH Franchise, which was sold by a private equity group. The acquisition by Sun Holdings sends a strong signal about the brand’s momentum, said John Peyton, Dine Brands’ CEO.

The announcement came as the Glendale, Calif.-based parent to the almost-all-franchised Applebee’s and IHOP brands reported a strong third quarter.

Even as dine-in traffic returns, Applebee’s is continuing to grow its off-premises sales, the company said.

For the Sept. 30-ended quarter, off-premises sales reached 27.5% of the sales mix at Applebee’s, an increase of 3.3% over the prior year. Last year, the chain launched Cosmic Wings, a wings-focused virtual brand, available for delivery only from its restaurants, but it was put on hold in light of a shortage of chicken wings.

Peyton said Applebee’s plans to announce the relaunch of Cosmic Wings in a few weeks.

Sister-brand IHOP, however, is seeing a decline of the off-premises business built while restaurant dining rooms were closed as a result of the pandemic in 2020. The family-dining brand reported off-premises same-store sales down 3.2% in the third quarter — though off premises still accounted for 23.3% of sales.

Similar trends were reflected in each brand’s overall same-store sales.

The casual-dining Applebee’s reported domestic same-store sales up 12.5% compared with pre-pandemic levels in the third quarter of 2019, and up 27.7% compared with 2020, when restaurants were still recovering from COVID closures.

Domestic same-store sales for IHOP, meanwhile, declined 0.4% on a two-year basis, but increased 40.1% compared with the third quarter of 2020.

Average domestic weekly restaurant sales grew over pre-pandemic levels for both of the almost-all-franchised brands. Applebee’s said weekly unit sales grew 114.2% over two years to $51,400 in the third quarter, and IHOP’s weekly sales were up 101.4% to $36,200 compared with 2019.

Between the two brands, 31 new restaurants opened during the quarter.

UPDATE: This article has been updated with new information.