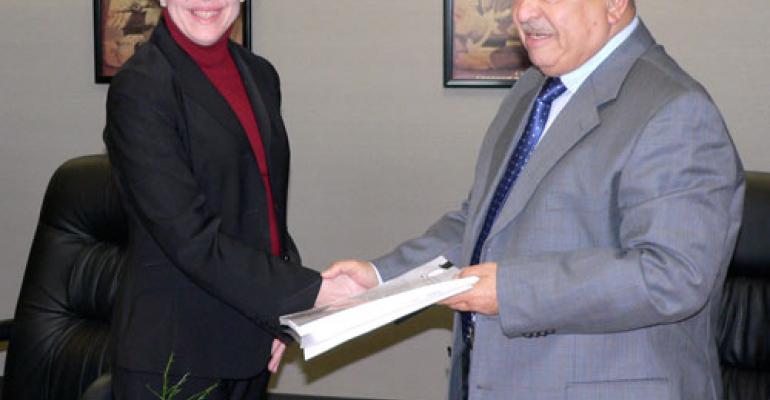 Ponderosa International Development Inc. has signed a deal to expand the steakhouse brand to Jordan.

Ponderosa’s agreement, made in March with Omar Rasheed Abdel-Baqi, initially calls for two steakhouses in Jordan, with the first set to open in Amman by late 2011.

Tamara S. Jones, president and chief executive of Homestyle Dining LLC, the Plano-Texas-based parent of Ponderosa International Development, said, “Mr. Abdel-Baqi brings extensive business experience to the table, and we believe his vision and commitment to operational integrity will establish Ponderosa as a leading restaurant brand in Jordan.”
Abdel-Baqi has been involved in agriculture and irrigation in Middle East and served as an adviser to Sheikh Tahnoon, the representative of the ruler of Abu Dhabi in Al-Ain.

Homestyle Dining, the company that emerged from the 2008 bankruptcy of Metromedia Restaurant Group, has about 200 and Ponderosa and Bonanza steakhouses in Asia, the Middle East, Canada, Puerto Rico and the United States.