The restaurant industry is over-capitalized and faces labor and competition headwinds that could lead to a “potential bloodbath” if the economy falters, Kona Grill Inc. CEO Marcus Jundt warned at the ICR Conference this week.

‘With the debt out there and the competition, I believe in the next recession we will have a tremendous amount of tip-over of restaurants failing,” said Jundt, who last week moved from co-CEO to sole CEO of the Scottsdale, Ariz.-based casual-dining brand.

“It’s a competitive business,” Jundt said Monday in a presentation at the annual ICR investment conference in Orlando, Fla. “I think Wall Street has overcapitalized the business in general. And I think there will be a shakeout. I think returns will go down overall, because there is too much money that has gone into this business in the last, say, eight years.” 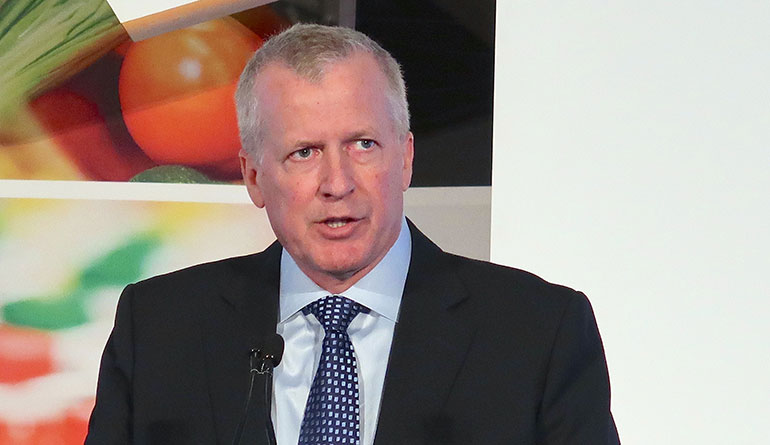 Kona Grill has already seen some of the effects in the past quarter, closing high-profile locations in Miami and on The Strip in Las Vegas. And Jundt said food vendors are complaining that restaurant customers are struggling to pay bills on time.

“We’re going to review every location,” Jundt said. “To the extent locations need to be closed, we will. There’s a possibility we may shrink a little bit more.”

He said Kona Grill is looking to consolidate and generate as much cash as possible. “We are not growing this brand right now,” he said, and the company will use cash to buy back stock.

Labor pressures and competition are the two significant headwinds for restaurateurs, Jundt added, and many restaurant brands have turned to franchising to help navigate them.

“Basically, what you are doing with franchising, you are getting mom and pops working for free, working below the minimum wage,” Jundt said in a question-answer session. “It may be a dirty little secret that no one want to talk about, but that’s what’s going on.

“I think there’s a potential bloodbath in a shakeout in a recession in the restaurant business,” he said.

Jundt, who returned in November to helm Kona Grill, said the brand is looking to return to basics, such as its sushi-American grill menu, after building too many units too fast in perhaps the wrong locations.

“We expanded too fast. We took locations that were not ideal. We even eliminated the happy hour, which killed our same-store sales,” Jundt said.

“We’re going back to the future,” he said. “We have a renewed focus on what made us great.”

“We can already see the needle moving on customer traffic,” he said.

“It’s not going to be easy,” Jundt said. “The circumstances aren’t ideal for coming back.”

The company is also evaluating its existing locations and plans no immediate growth.

“We’re going to review every location,” he said. “To the extent locations need to be closed, we will. There’s a possibility we may shrink a little bit more.”

Jundt also said the company has seen its greatest success in smaller markets, such as Boise, Idaho; El Paso, Texas; and Omaha, Neb.

“The units that do extremely well are interestingly these smaller towns, because most often we are the big fish in a small pond,” he said.

“Our competition, I think going forward, are places where people can have fun,” Jundt added. “I think the restaurant business is turning more toward entertainment if you want to survive.”

Kona Grill said earlier this month it had received a notice from the Nasdaq Stock Market that it hasn’t complied with market rules, falling below the listing standard of $15 million minimum market value, and could face being delisted.

Kona Grill, founded in 1998, has 42 locations in 22 states and Puerto Rico, and it has one franchised location each in Dubai, United Arab Emirates, and Vaughan, Canada.