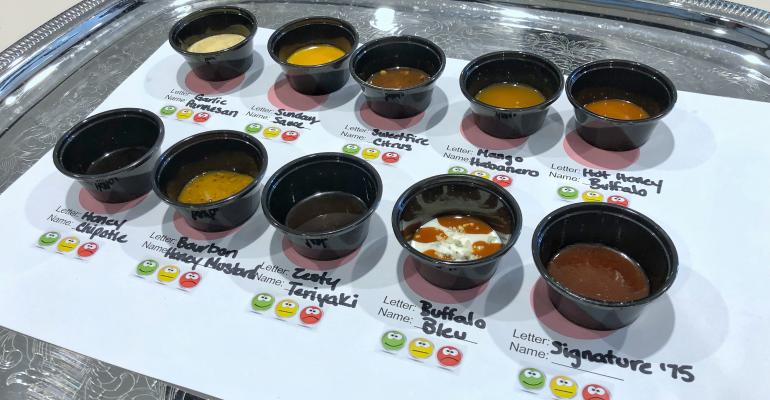 An inside look at Chili’s chicken-crisper sauce innovation

A dozen chicken tenders and 12 different sauces became the hour-long lunch menu for 250 consumer taste panelists in the research kitchen at Brinker International Inc.’s new headquarters over the past two weeks.

With two panels a day over seven business days, the casual-dining giant’s Chili’s Grill & Bar division has been gathering information on which chicken-tender sauces will be going into an impending restaurant test and on whether the new flavors will be served as dips or tossed on the fried crispers. 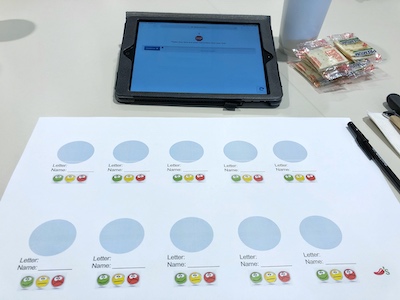 The consumer panelists, selected for their affinity for and knowledge of the Chili’s brand, had been recruited by phone to spend the hour sampling chicken tenders, answering multiple-choice questions on a pad computer and cleansing their palates with saltine crackers and ice water between each of the 12 different flavors. An open-ended question at the end allowed the researchers to discover new sauce sources, such as barbecue restaurants, as well.

Participants were directed to circle one happy, sad or indifferent face emoji on the placemat with spots for the dozen sauces. And they were also asked not to discuss their reactions amongst themselves.

The flavors and presentations are months away from appearing on menus at the more than 1,600 Chili’s restaurants, said Madeleine Hummer, Brinker’s consumer insights manager, who oversaw the tasting panels in the spacious “Demo Dining” room at Brinker’s new headquarters building in Irving, Texas, into which it moved earlier this year.

From garlic parmesan sauce to “Zesty Teriyaki,” the panelists gave their impressions of the flavor individually, designated their two favorites and even ranked possible menu descriptions.

Consumer panelist Mary Zamora, who attended the final sauce tasting with her sleeping four-year-old daughter on her lap, said she had attended a prior group that sampled various corn preparations. She admitted she enjoyed the chicken crispers more. (Those panelists were given a box meal to go, given that the item was less filing than chicken tenders.)

Zamora is a frequent Chili’s user, she said, and she was recruited with a phone call for the prior corn panel. Consumer panelists were given a $25 Chili’s gift card for participating.

Kelly Sons, a researcher with the third-party Decision Analyst agency, and her co-worker served as proctors for the tasting panel.

Sons said restaurant companies are seeking to both please guests and maximize profits. 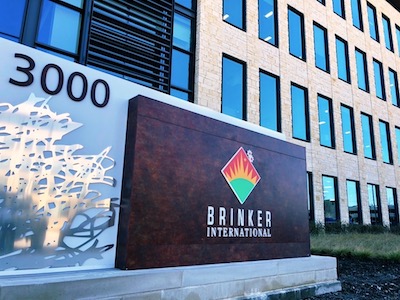 “A customer survey paired with a choice modeling approach can help restaurants identify the optimal menu assortment and price, understand cannibalized volume and source of volume, and understand alternative future menu scenarios were they to adjust menu items and prices,” Sons said in an email.