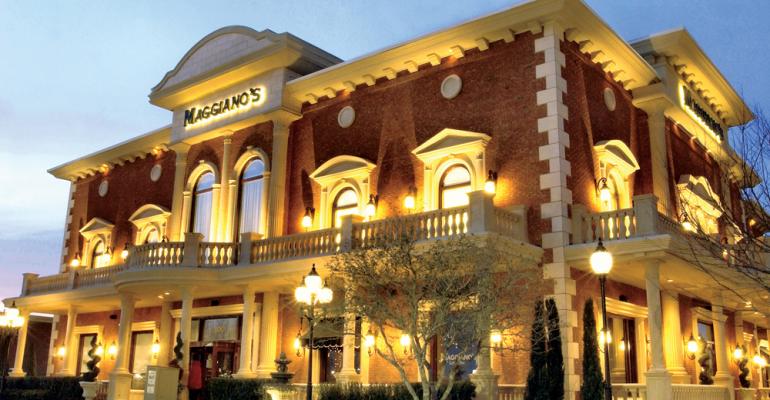 Brinker International Inc. expects to look closer at delivery for its Chili’s Grill & Bar concept over the next year, executives said Tuesday.

The Dallas-based casual-dining company, which has a more advanced delivery system at its Maggiano’s Little Italy brand, will be looking to simplify delivery for its Chili’s locations, executives said on a fourth-quarter earnings call with equity analysts.

“We are going to be leaning more aggressively into delivery as we move throughout the fiscal year,” said Joseph Taylor, Brinker’s chief financial officer, “and I anticipate it having some impact on our ability to move the business forward, particularly in the second half of the fiscal year.”

Taylor said off-premise transactions, which included the established to-go program at Chili’s, yields between 11.5 percent and 12 percent of the sales mix.

Wyman Roberts, Brinker’s CEO and president, said the company has seen a growing adoption of its smartphone app, which has made “the Chili's takeout experience about as seamless and convenient as it can be.”

Roberts added that the company would “like to use as much of that infrastructure with partners in a delivery idea, primarily so we keep it simple for the operators.”

“We are talking with partners and with suppliers to see how we can integrate delivery into the same technology platform so that we keep it simple for the operators [and] we make sure that everything we do supports their ability to deliver a consistent guest experience, whether it's in the restaurant, picked up or delivered,” Roberts said.

While Roberts declined to say how many Chili’s units now accommodate delivery, he did say a number of units are testing with major and minor delivery companies and the company is looking at the impact on customers and the business model, especially for Chili’s.

“The Maggiano's delivery story is much better developed, a bigger part of the business,” Roberts said. “We just need to get that level of understanding both from a guest and a business perspective, and we're working very aggressively to understand that in the next quarter or two,” he said.

Recent sale-leasebacks: “Over the course of the last several weeks, we entered into three separate purchase agreements for the sale of 143 restaurant properties to be leased back to us for 15-year terms with extension options,” Taylor said. “We have subsequently closed on all but a small number of the properties and anticipate wrapping up the additional few closings in the near future.” The combined transactions generated about $443 million in proceeds, Taylor said. The company expects increased rent expense going forward, partially offset by lower depreciation expenses, Taylor said.

Reimaging program: Chili’s average reimaging project costs between $210,000 and $230,000 per restaurant, Taylor said, “and we are scheduled to complete approximately 250 restaurants by the end of this fiscal year. The overall project will take most of the next three fiscal years.” Roberts said guest feedback at the reimaged restaurants has been positive, especially in atmosphere and cleanliness scores.