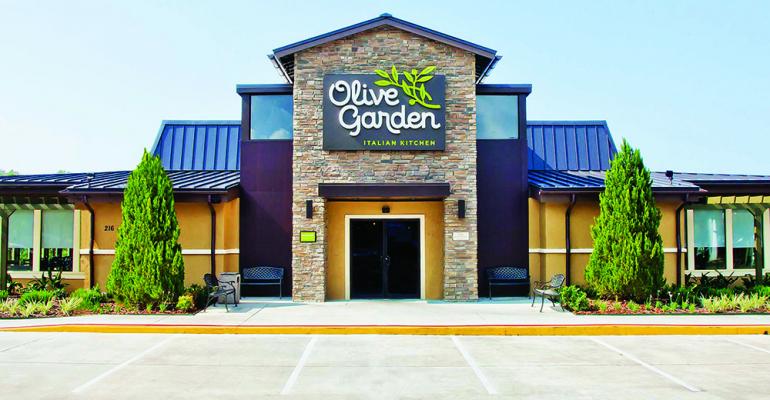 While many restaurant brands are rushing into third-party delivery agreements to get a footprint in a growing space, casual-dining leader Darden Restaurants Inc. sees hurdles remaining, chiefly the ownership of customer data.

Gene Lee, president and CEO of the Orlando, Fla.-based parent to such brands as Olive Garden and LongHorn Steakhouse, said in its fourth-quarter earnings call Thursday that Darden is in test with all the third-party delivery companies of scale, but the company has yet to choose its providers.

“Their goal is to sell as much food as possible on their platform,” Lee said. “We want to ensure that we own our data and our data is not used against us.”

Lee said Darden considers its data one of its competitive advantages in the challenging casual-dining segment, where all but one of its brands saw same-store sales increase in the May 27-ended fourth quarter.

“I think it's trading out of grocery to some extent,” Lee said. “I think people are just thinking about convenience differently.”

Lee said that Darden, which has about 400 units in some kind of small-delivery test, needs the third-party delivery companies to answer other questions.

“How do we ensure that these delivery services will enhance our brands?” he asked. “Can it be flawlessly executed for our guests and our team members? Can we create a sustainable incremental growth at scale that's additive to our company? Can we agree on viable economics?”

Data and its accompanying insights have given Darden’s brands advantages in the competitive casual-dining market, Lee added.

“We'll continue to stay focused on that,” he said. “But we see an opportunity in a mature market to gain share.”

Blended same-store sales from Darden's legacy brands increased 2.2 percent in the quarter. Same-store sales increased at all of Darden’s brands except for Cheddar’s Scratch Kitchen, which it acquired in April 2017:

“The Cheddar's restaurants that we own and operate today were fragmented into three businesses a year ago, each with different systems, policies and pricing structures,” Lee said. “While same-restaurant sales declined 4.7 for the quarter, the original company restaurants were down 3.3 percent, while the acquired franchise restaurants were down 7 percent.”

Lee said the integration of Cheddar’s peaked in the fourth quarter, with the brand transitioning to Darden's proprietary point-of-sale system.

“As we pushed the integration process to completion, it became apparent the team was losing focus on the basic operating fundamentals,” he said. “Therefore, we decided to suspend marketing and promotional activities.”

Darden has more than 1,700 casual-dining restaurants.