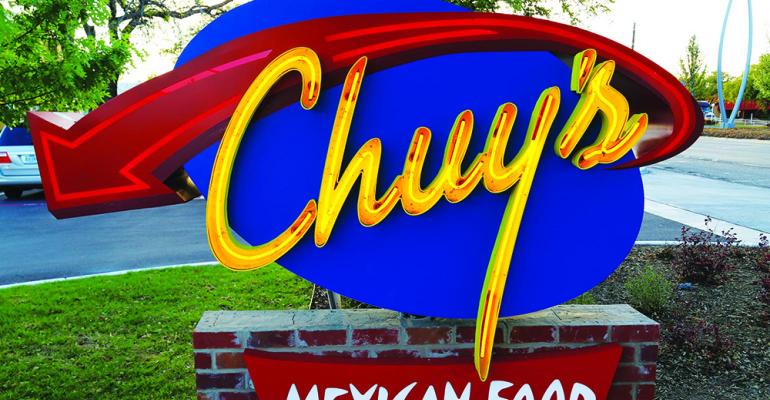 Chuy’s Holdings Inc., which launched targeted marketing campaigns in Chicago and Houston during the second quarter to build brand awareness and increase guest frequency, plans to expand those efforts to Orlando and Dallas later this year, executives said Thursday.

Executives at the Austin, Texas-based Mexican casual-dining brand, which saw same-store sales increase 1.9% in the second quarter ended June 30, launched the targeted marketing in April, they said on an earnings call.

“Our efforts include promotional radio, strategic road and stadium signage and advertising on digital platforms like YouTube, Hulu and Spotify,” said Steve Hislop, Chuy’s CEO, president and chairman. “To date, we have been pleased with the improvements we've seen in these two markets and during the third quarter.”

Chuy’s plans to continue that marketing push and add Orlando. “Looking ahead in the fourth quarter, we plan to launch a similar campaign in Dallas,” Hislop said. “Apart from these targeted marketing efforts, we will continue to employ paid search, paid social media campaign and location-based platforms for all of our markets.”

Andy Barish, an analyst with Jefferies, wrote in a note: “While we suspect choppy casual-dining environment will keep traffic depressed through the remainder of '19, we do think sales drivers are enough to sustain about 2% SSS in the [second half of the year].”

In addition to marketing, Chuy’s also continues layering in technology with online ordering. At the end of the second quarter, to-go sales through Chuy’s website were about 18% of all to-go ordering, the company said.

The company is also working on a table management system to improve its front-of-the-house efﬁciency. That platform is expected to launch in September and provide the company with customer data to launch a loyalty program eventually, Hislop said.

Hislop said the company plans a menu design change at the end of October and will continue market-by-market promotions, such as Tuesday taco night, Wednesday fajita discounts and $5 margaritas, where needed to boost traffic.

“We've increased some traffic in those stores, which is our main thing,” he said. “Obviously, the most expensive seat is the one where no one's butt’s in it.”