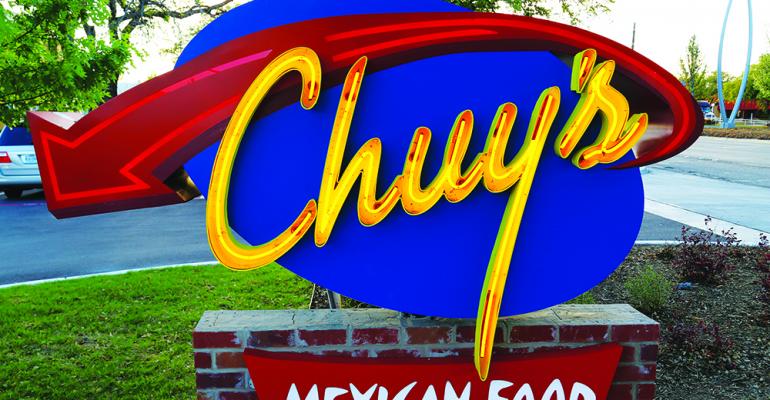 Chuy’s to scale back new-unit development

“We are limiting our development to between five and seven restaurants with all our new-unit growth planned for areas with proven high average-unit volumes,” said Steve Hislop, CEO and president of the Austin, Texas-based casual-dining brand.

“We believe this strategy will allow us to balance new-unit growth while driving sales and improving restaurant-level margins in our existing restaurants,” Hislop said in a fourth-quarter earnings call.

The scaled-back openings will be split between the second and third quarters, said Jon Howie, Chuy’s chief financial officer.

Chuy’s reached the 100-unit mark at the end of December, but it has since closed two units.

“Subsequent to the end of the quarter, we closed two existing restaurants, one location in Cumberland, Ga., outside of Atlanta, and a restaurant in the Miami area,” Hislop said. Both restaurants were near malls, and Hislop said mall traffic was down as well.

“We are in the early stages of building a real estate and analytics tool which will allow us to create a psychographic profile of our top markets and use it to identify new markets for successful expansion going forward,” he said. “We are not going to open up any additional locations in our newer markets until we have this tool developed and tested which will be some time during 2020.”

Andy Barish, an analyst with Jefferies, said in a note that “the pull-back in openings to five-seven this year (and likely next) should benefit margins, and we think it prudent for management to constrain growth until traffic trends are healthier, ops [are] running efficiently and [the] real estate model/strategy [is] fully understood.”

Hislop said Chuy’s is focused on improving brand awareness and conducted a digital campaign test in the fourth quarter. The company plans to conduct paid search, paid social and location-based mobile advertising through the first half of the year at all locations.

The company also completed the rollout of the Olo online ordering system to all its restaurants in the fourth quarter, Hislop said.

“Early adoption rate is very encouraging, and this positive trend is continuing in the first quarter,” he said. “In fact, despite the lack of advertising, our to-go sales through Olo now represent approximately 13% to 14% of all to-go ordering. For 2019, we will continue to iron out any kinks in the operations process and plan to start promoting this platform beginning in the second quarter.”

The company considers the Olo ordering platform as “a stepping stone” to a loyalty program, which the company will explore in the second half of the year, Hislop said.

To-go sales were more than 13% of sales for the company in the fourth quarter, he said, up more than 15%.

Delivery for the company is less than 2% of total sales, he added.

Chuy’s also rolled out catering initiatives in two more markets in the quarter, bringing the total to five.

“We’re excited with the constant growth in this area,” Hislop said. “Catering gives us another avenue for revenue growth, while simultaneously improving awareness of the Chuy’s brand. For 2018, our catering platform contributed approximately $1.6 million in revenue compared to approximately $400,000 same period last year.” Chuy’s plans to add catering in six more markets in the second quarter of this year, he said.

The company will be taking a price increase of between 2.5% and 3% in the first quarter, Hislop said.