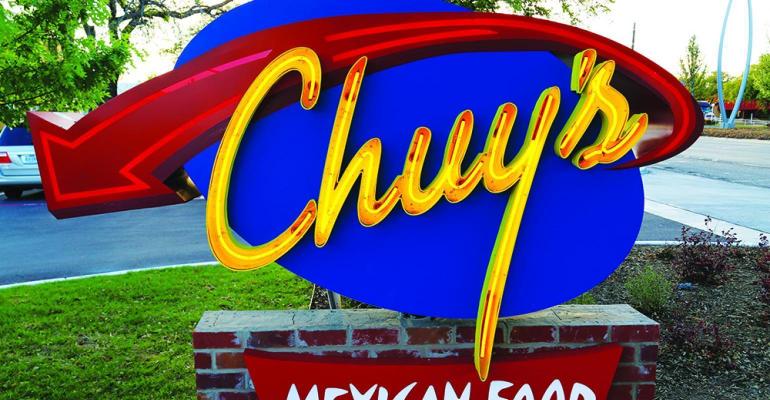 Chuy’s Holdings Inc. has returned to near full capacity at its restaurants as pandemic restrictions ease, but it is holding off on any price increases until 2022, executives said Thursday.

The Austin, Texas-based casual-dining Mexican brand said restaurants are still operating on limited hours, and the company has targeted full capacity for the fourth quarter, depending on staffing.

Related: Chuy’s expects some COVID efficiencies to stay in its operations

“We usually take a price increase once a year,” said Steven Hislop, CEO and president, on a second-quarter earnings call. “It's usually at the end of the first period of 2022, which would be in February, and we'll look at that.”

Many restaurant brands have taken some price increase as commodity costs rise amid the easing of pandemic restrictions.

“But right now, we're studying each of our markets’ competitive set to see what's going on out there,” he said. “But that'll be the earliest we would look at it. But right now, we'll just run our restaurants with exactly how we're doing it currently with no price increase for the rest of the year.”

Hislop said Chuy’s would beginning added back items to its menu, which was pared down during the pandemic, and it would be “right-sized” in February of next year.

The CEO said Chuy’s continued in the second quarter to invest in minimizing touch points between employees and customers.

“We expanded our pay-at-the-table, our QR [quick response] code payment and pay-by-text solutions to two additional restaurants during the quarter,” Hislop said. “While we are still improving the overall processes, we believe these investments will further improve our in-restaurant peace of mind from our guest.”

Hislop said Chuy’s planned to retain much of its off-premises sales, which ran at about 27% in the second quarter.

“We believe we can maintain a low- to mid-20s off-premises mix going forward,” he said, “given the enhanced level of convenience and how well our food travels.”

Chuy’s also plans to reboot its catering program, which it had been amping up before the coronavirus pandemic was declared in March 2020.

“Our plan is by the fourth quarter to get back to the 13 markets that we had catering in,” he said. “We'll be adding those catering markets back on. … The one thing that's still not happening is obviously the demand isn't as high as it was back in 2019.”

During the second quarter, Chuy’s opened two new restaurants, one each in Southport, Ind., and Amarillo, Texas.

“We also have one more restaurant slated to open at the end of August in Brentwood, Tenn., which will bring our total openings year-to-date to four restaurants and complete our development for the current year,” Hislop said.

“Although it's still early, we currently expect to open between six to eight new restaurants in 2022, utilizing a smaller prototype that will be more efficient to operate and will allow us to better serve off-premises guests while still providing them with the same unique dining experience,” he said.

Construction costs have increased between 18% and 20% because of the pandemic, he noted, but Chuy’s believes those will be coming down in 2022.

Same-store sales in the second quarter declined about 1.4% from the same period in 2019 but increased 60% compared to the 2020 quarter.