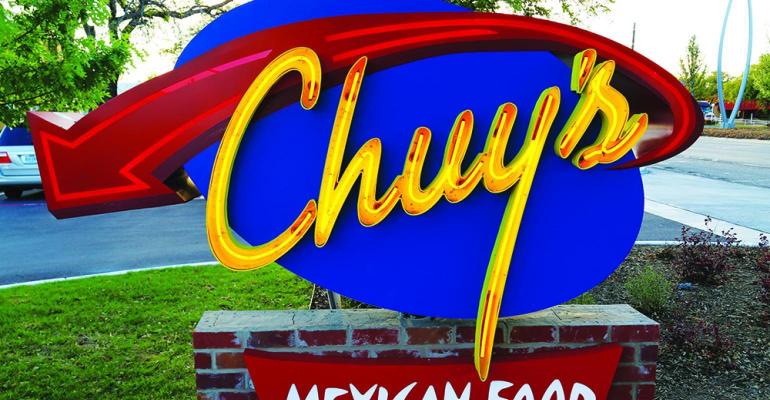 Chuy’s expects some COVID efficiencies to stay in its operations

Executives of the Austin, Texas-based Tex-Mex casual-dining company, in a conference call Thursday after releasing third-quarter earnings, said some costs would be returning as Chuy’s expanded dining room seating.

“However,” said Steve Hislop, Chuy’s CEO and president, “there is no doubt that the hard work of our teams during the last six months will have a long-term benefit to our operations.”

Hislop said Chuy’s is testing pay-at-the-table devices, “which will allow our guests to quickly complete their transactions while minimizing any contact point with our waiters.”

Off-premise sales, including a deal with DoorDash that began before the pandemic was declared, have remained strong and are performing at more than double pre-coronavirus levels, Hislop added. He said that is expected to continue.

Also, the brand has streamlined its menu offerings, reduced the number of menu items and offered family-meal and beverage kits.

“As we go into the fourth quarter,” Hislop said, “we will start to add some of our popular menu items back into our main offerings with the support of digital marketing efforts to drive awareness.”

Hislop said Chuy’s removed some lower-priced appetizer items from the menu and customers were producing a larger average check.

“It's definitely on the product mix side of our business, and that's what's really moved it up,” he said.

Third-quarter same-store sales declined 19.8%, an improvement over the decline of 39% in the second quarter. The decrease in comparable restaurant sales was primarily driven by a 27.5% decrease in average weekly customers, partially offset by a 7.7% increase in average check.

Andy Barish, an analyst with Jefferies, said in a note that Chuy’s unit growth potential remains, with significant growth likely in 2022.

Company executives said they opened one restaurant in February and then suspended development because of the pandemic. They expected four to six openings 2021, Barish said, “which are basically the '20 pipeline.”

Barish said Jefferies analyst are modeling eight new restaurants for Chuy’s in 2022. “We believe there will be more small, efficient sites for Chuy's with patio/to-go focus given the changes in consumer behavior during [the] pandemic,” Barish noted.