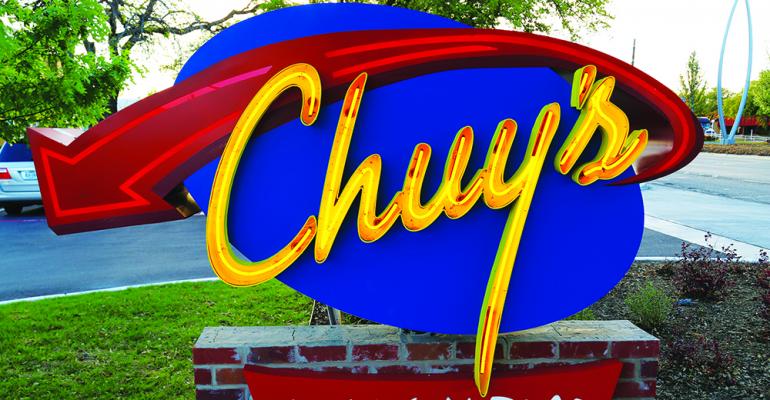 Chuy’s CEO Steve Hislop named chairman of the board

Steve Hislop, president and CEO of Chuy’s Holdings Inc., has been named chairman of the company’s board of directors, the operator of 95 casual-dining restaurants said Thursday. He replaces co-founder John Zapp, who resigned Wednesday following his arrest late last month.

According to a report Wednesday in the Austin American-Statesman, Zapp, who founded the Tex-Mex restaurant in 1982 in Austin, Texas., with Michael Young, was arrested April 23 and charged with assaulting his wife.

The existing vacancy on the board of directors was filled Thursday by Jon Howie, the chain’s vice president and chief financial officer.

Chuy’s management said it had no comment beyond the announcement of Hislop’s appointment.

The shift of board members comes two days after Chuy’s announced a 1.5 percent decline in same-store sales for the quarter ended April 1, 2018.

Hislop blamed inclement weather and calendar idiosyncrasies for the decline.

“While our first quarter results reflected multiple weather interruptions, a negative impact from the timing of Easter and the loss of the week after Christmas, which is our highest volume and most profitable week of the year, we continue to reaffirm our earnings per share guidance for the year,” he said in a release announcing the earnings.

There was a one-week calendar shift because fiscal 2017 had 53 weeks, the release said.

“We saw positive signs in the underlying sales trends of our business, which have continued into the second quarter,” Hislop said.

“We are also making progress with regard to several of our strategic initiatives, including marketing of our value message, on-line ordering to provide our customers more convenience and labor initiatives to build stronger teams and mitigate labor costs,” he added.

The chain opened two new restaurants during the quarter, in Doral, Fla., and Orland Park, Ill. Since the end of the quarter it opened two more locations, in Lakewood, Colo., and New Tampa, Fla.