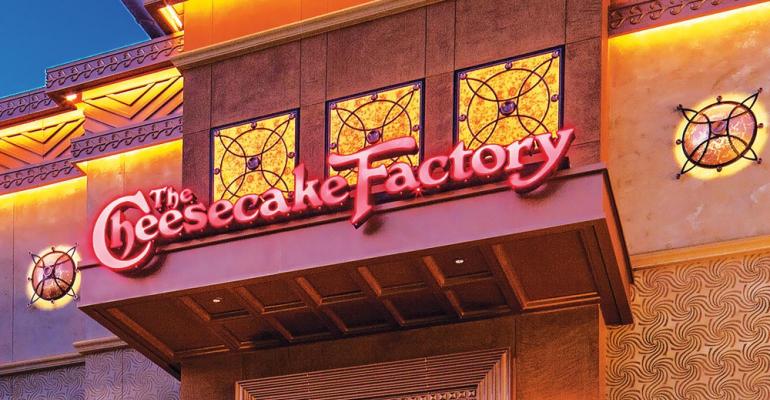 Casual-dining company to buy rest of North Italia as well

The Cheesecake Factory Inc. has agreed to acquire longtime incubator Fox Restaurant Concepts in a deal valued at $353 million, the company said Wednesday.

The Calabasas Hills, Calif.-based casual-dining company said it would buy the remaining interest in North Italia from Phoenix, Ariz-based Fox as well. The company invested $88 million in the North Italia and Flower Child concepts over the last three years in anticipation of their purchase.

“Since making our initial minority investments in North Italia and Flower Child in 2016, we have not only helped fuel the growth of both brands, but also developed a deep relationship with Sam Fox at Fox Restaurant Concepts,” said David Overton, Cheesecake Factory’s chairman and CEO, in a statement.

“We realized the true potential of this relationship as we worked through the integration process for our planned acquisition of North Italia,” Overton said. “It became evident that the combination of two of the most experiential and entrepreneurial restaurant companies could drive greater value as one organization.”

Sam Fox, founder and CEO of Fox Restaurant Concepts, said, “This partnership will be the first of its kind for the restaurant industry. David Overton and I quickly realized the magic occurring between our organizations while we worked through North Italia’s integration. With our aligned cultures and philosophies, The Cheesecake Factory is the right partner to embrace our creative spirit, enabling us to innovate concepts, while providing the infrastructure and capital to scale.”

The transactions will be completed for $308 million in cash at closing. An additional $45 million will be due over the next four years. The cash due at closing will be funded by drawing on The Cheesecake Factory’s revolving credit facility and cash on hand.

The FRC transaction also includes an earn-out provision based on the financial performance of the FRC brands outside of North Italia and Flower Child. The deal is expected to close in the third quarter.

Following the completion of the transactions, North Italia’s operations will be located at Cheesecake Factory’s corporate headquarters in Calabasas Hills.

Cheesecake will acquire the remaining interest in North Italian for about $130 million in cash, the company said, bringing total consideration to $174 million, including $44 million previously invested.

North Italia has 20 locations in nine states and Washington D.C. At the close of the transaction, 21 locations are expected to be open. They have average unit volumes of about $7 million, the company said.

Cheesecake will acquire FRC for about $178 million in cash at closing and $45 million due ratably over the next four years, resulting in total consideration, before the performance-driven earn-out provision, of $267 million including $44 million previously invested in Flower Child.

The combined company is expected to be an experiential dining category leader with nearly $3 billion in 2020 revenues, The Cheesecake Factory said.