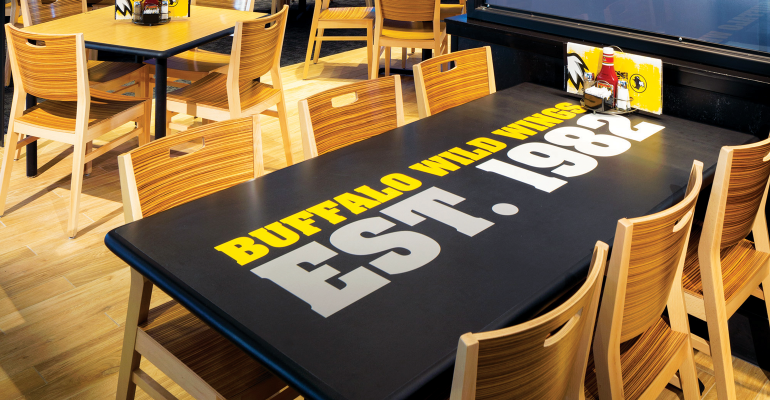 Buffalo Wild Wings has said it is interested in entering the world of sports betting.

“As the largest sports bar in America, we believe Buffalo Wild Wings is uniquely positioned to leverage sports gaming to enhance the restaurant experience for our guests. We are actively exploring opportunities, including potential partners, as we evaluate the next steps for our brand,” a company spokesperson said, declining to elaborate further.

The statement comes three months after the United States Supreme Court struck down a 1992 law that banned sports gambling in most jurisdictions.

The Professional and Amateur Sports Protection Act largely prohibited sports gambling in most states, except for licensed sports pools in Nevada and the sports lotteries in Oregon, Delaware and Montana. Voiding it potentially paves the way for states to allow gambling, something New Jersey did in 2014, when it passed a law allowing sports betting at casinos and racetracks. The Supreme Court ruling upheld the New Jersey law.

Buffalo Wild Wings’ announcement comes as many casual dining chains seek to distinguish themselves in a crowded market. The sports bar chain was taken private earlier this year when Roark Capital Group subsidiary Arby’s bought it for $2.9 billion and made it part of Inspire Brands, which includes those two chains as well as fast-casual R Taco.

In one of its last financial reports as a public company, Buffalo Wild Wings Inc. estimated a decline in same-store sales of between 1.6 percent and 1.7 percent.

Buffalo Wild Wings, which has around 1,200 locations, is the third largest casual-dining chain in the country in terms of annual domestic sales, according to NRN Top 200 data, just behind Applebee’s Neighborhood Grill & Bar and Olive Garden.