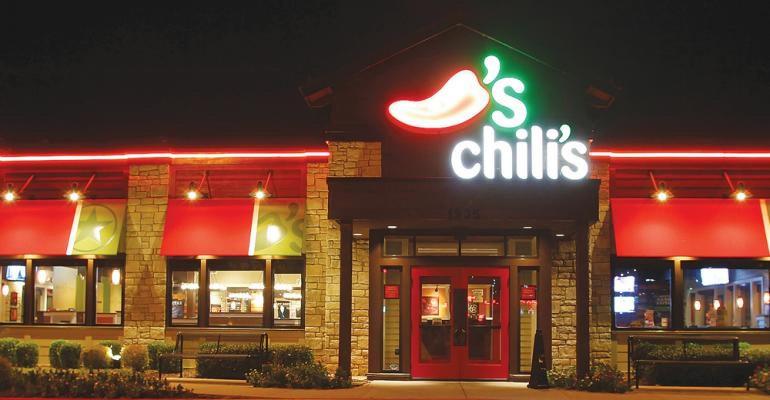 “It will come as no surprise that looking ahead our biggest challenge is commodity inflation,” Roberts said. “We do believe the elevated costs we're dealing with today won't stay at these levels permanently. So we'll continue to leverage our pricing strategy that isn't passive, but isn't reckless either.”

He said Chili’s planned to roll out a new menu in a few weeks that will reduce operational complexity, restructure value for better margins and takes additional price, which should near 6% for the year.

Joseph Taylor, Brinker’s chief financial officer, said that for the third quarter the company recorded a year-over-year price increase of 4.3%.

Roberts noted that consumers had “been fairly receptive” to the price increases.

“We do see, in the broader industry data, some concerns about consumers' value ratings and how they're reacting,” Roberts said. “So we want to be cautious and always to be looking at their expectations and their perceptions of value.

The company expects further pricing increases in the fourth quarter to approach the 6% year-over-year pricing in June, Taylor said, which would offset some of the commodity price increases.

In the third quarter, Taylor said food and beverage costs were 180 basis points higher year-over-year, driven by commodity inflation of 11%.

Roberts cautioned that the brands would continue to emphasize value messages to maintain average unit volumes.

“We've put a stake in the ground as an industry leader in value, which has been key to driving our AUVs and our guest frequency,” Roberts said. “And as we move into a slower economic cycle, this becomes an increasingly important competitive advantage for us. So, to further mitigate the inflationary pressure, we're also actively pursuing ways to run a more efficient operation.”

Among those efficiencies, he added, are handheld technology for wait staff and leveraging food runners. Chili’s is also expanding its use or robot assistants to more than 60 units.

“At Chili's, we're encouraged by the shift we're seeing back into the dining rooms, which is driving higher check averages,” Roberts said, adding that off-premises sales remain at about double pre-pandemic levels at both Chili’s and Maggiano’s,