Brinker International Inc., parent to the virtual It’s Just Wings and the Chili’s Grill & Bar casual-dining brands , will be expanding its drone-delivery pilot with Flytrex Inc., the companies said this week.

Expanding a partnership that began in October 2021 in North Carolina, Brinker and Flytrex said ultra-fast delivery, in under five minutes, would be expanded to Granbury, Texas, a community southwest of Dallas-Fort Worth.

“The service will operate in cooperation with longtime partner Causey Aviation Unmanned under a newly granted Federal Aviation Administration (FAA) waiver allowing a delivery radius of one nautical mile – reaching thousands of potential homes,” the companies said. “Eligible households that have opted into the service can order food via the Flytrex app.”

Wade Allen, senior vice president of innovation for Dallas-based Brinker, which also owns the Maggiano’s casual-dining and virtual Maggiano’s Italian Classics brands, said in a statement:  “As we continue to drive awareness and grow our virtual brand, It’s Just Wings, we continue to explore and leverage technology and innovation.”

“With a focus on guest experience and convenience – alongside our killer wings – this new outpost in partnership with Flytrex is another exciting step in the right direction,” he said. 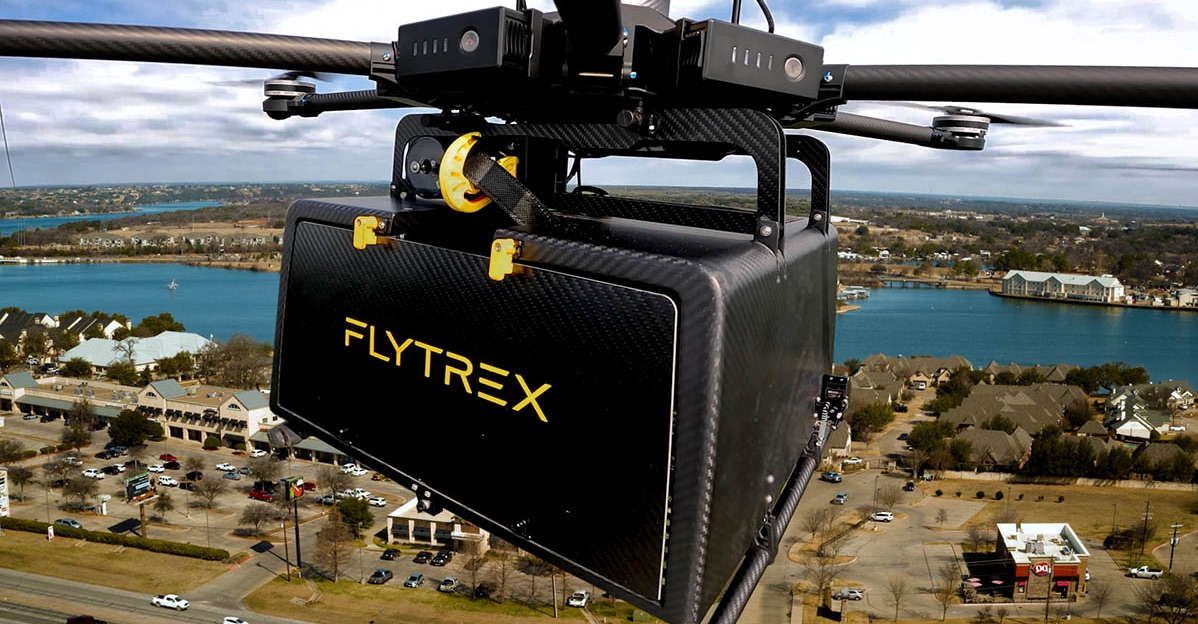 Flytrex recently received a waiver from the FAA that allowed it it to expand delivery service to 10,000 homes in cities across North Carolina.Flytrex launched in Fayetteville, N.C., in 2020 and expanded to the Raeford, N.C.

“We’re thrilled to be soaring into the Lone Star State – an outsized achievement for ultrafast home delivery,” said Yariv Bash, Flytrex CEO, in a statement. “After establishing drone delivery as a preferred option in North Carolina, we are excited to bring our unrivaled speed and convenience to Texas, where big things happen. We look forward to bringing drone delivery to backyards across the U.S. as we expand our service nationwide.”

Flytrex launched its first fully autonomous urban drone delivery system in Reykjavik, Iceland, in 2017. The company is is working with the North Carolina Department of Transportation, a lead participant in the FAA’s BEYOND program.