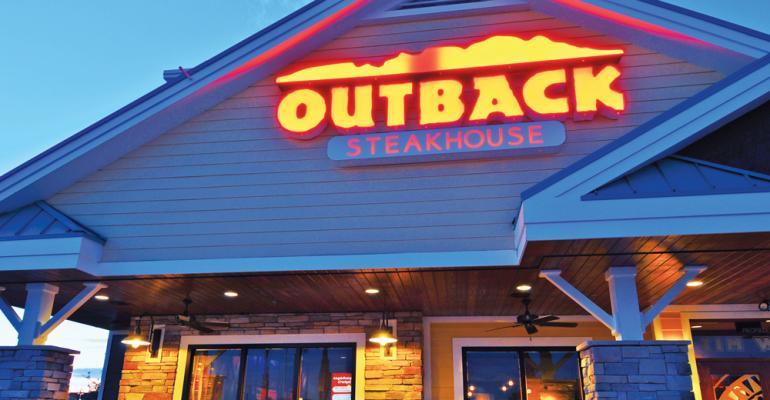 Patterson is filling the role vacated by Gregg Scarlett, who was named the executive vice president and chief operating officer of Bloomin' Brands.
News>Casual Dining

Promotion caps a day of executive changes at Bloomin’ Brands

Brett Patterson was named the president of Outback Steakhouse on Thursday. His promotion is one of a handful of executive changes that parent company Bloomin’ Brands announced today, including the announcement that executive chairman Elizabeth Smith was stepping down as of March 6, 2020. She will continue to serve on the board, according to a company spokesperson.

Patterson is filling the role vacated by Gregg Scarlett, who had been named the executive vice president and chief operating officer of Bloomin' Brands. This move is part of a restructuring of the company’s casual dining brands, which include Outback Steakhouse, Bonefish Grill and Carrabba’s Italian Grill.

In November, David Deno, CEO of Tampa, Fla.-based Bloomin’, said the company was considering “strategic alternatives” including a possible sale.