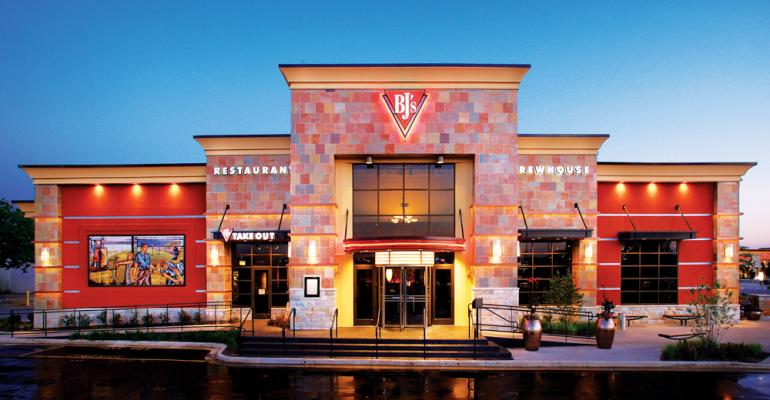 Among executive changes planned for Sept. 1, Thomas Houdek will be promoted to CFO

Gregory Trojan plans to retire as CEO and president of BJ's Restaurants Inc. on Sept. 1 and the casual-dining company has named Gregory S. Levin, currently chief financial officer, to succeed him, the company announced Tuesday.

The succession plan was announced by Pete Bassi, BJ’s lead independent director, who said, “We sincerely thank Greg Trojan for his nearly nine years of outstanding service to the company as our CEO. During his tenure, Greg was instrumental in helping steer BJ’s through significant changes in our business, while implementing a number of menu enhancements and new operational practices.

“He also greatly strengthened our foundation, scale and geographic diversity, which we will continue to leverage for accelerated near- and long-term growth,” Bassi said in a statement. “We look forward to Greg continuing to serve on BJ’s Board as we will continue to benefit from his deep knowledge of the company and the restaurant industry.”

Levin, who joined BJ’s as CFO in September, has served as the company’s president, CFO and secretary since January 2018. Previously, he served as CFO and secretary at SB Restaurant Co., a privately held company that operated the Elephant Bar Restaurants, from February 2004 to August 2005.

Prior to SB Restaurant Co., Levin served in a number of roles at California Pizza Kitchen from 1996 to 2004. Levin began his career in the audit department at Ernst & Young.

“During his 16 years at BJ’s,” said Jerry Deitchle, BJ’s chairman, in a statement, “Greg [Levin] has consistently assumed additional leadership and operations support responsibilities while maintaining excellent stewardship of the company’s financial affairs and capital markets interactions. … He is ideally suited to become our next CEO as we continue to build on a culture that prioritizes collaboration, inclusiveness, a commitment to excellence and gold-standard levels of operating execution and hospitality.”

Of his nearly nine years with BJ’s, Trojan said, “I am so proud of how we consistently came together to overcome challenges, innovate new approaches to meet the evolving needs of our guests, thoughtfully integrate technology into our operations and guest interactions, and collectively help establish BJ’s as a leader in the casual-dining industry.”

BJ’s Restaurants, founded in 1978, has 212 casual-dining restaurants in 29 states. One restaurant remains closed from the COVID-19 pandemic.