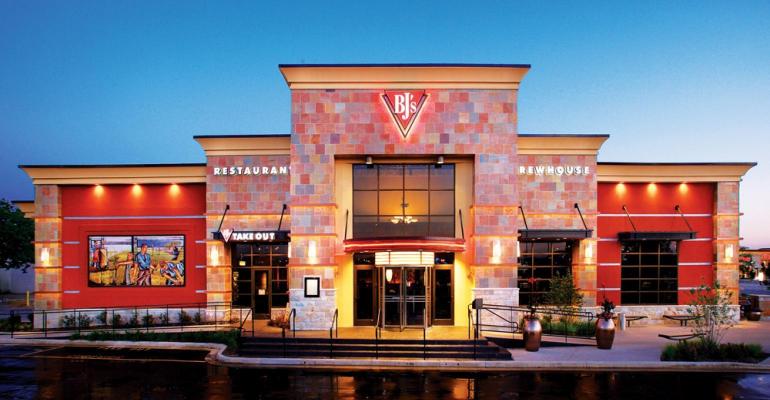 BJ’s Restaurants Inc. is cutting back this year’s plans for new units as it begins to open casual-dining restaurant to in-store seating as coronavirus restrictions ease, the company said Thursday. The Huntington Beach, Calif.-based casual-dining brand has opened dining rooms, with limited capacity, in five states, but is canceling or delaying the planned openings of as many as eight new restaurants this year, the company said in releasing first-quarter earnings.

In the first quarter, BJ’s opened a new restaurant in North Attleboro, Mass., the first in that state, but, with the impact of coronavirus, it now will open just one more restaurant and delay or cancel the remainder.

“While we manage through these challenging times with all other restaurant concepts,” said Greg Trojan, BJ’s CEO, in a statement, “we are as optimistic as ever that BJ’s will continue to grow and expand our market share. Once we have resumed normal operations, as conditions permit, we expect to resume our restaurant opening objectives as we continue our national expansion to at least 425 BJ’s restaurants.”

“Guests are now being served in dining rooms in more than a quarter of our 205 open restaurants,” Trojan said. “We are encouraged by early dine-in sales trends, as well as the continued elevated off-premise sales levels at our recently opened locations.

“As more BJ’s dining rooms begin to reopen with limited capacity,” he said, “we believe that our large restaurants and flexible seating layouts provide us a strong advantage to take care of our guests’ needs and grow sales as we transition back to more regular operations.”

“This recent improvement has been driven by growth in the company’s off-premise sales from both take-out and delivery channels and more recently the reopening of certain dining rooms,” the company said. For the week ended May 5, average off-premise sales improved to $31,688, or 4% over the prior week.

As of May 5, BJ’s said it had $134 million of cash and cash equivalents on hand.