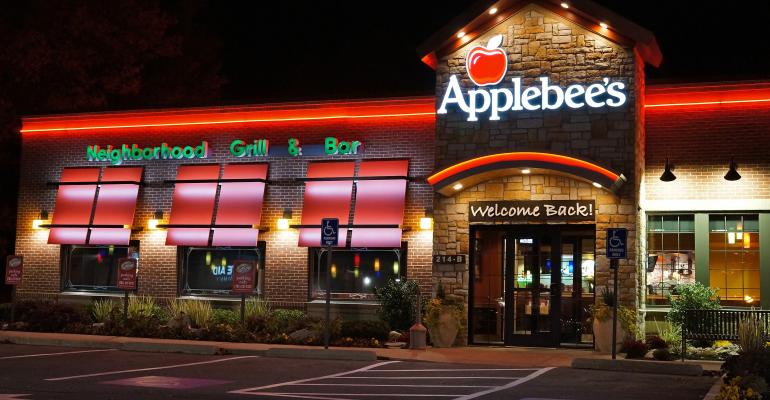 During a year when Americans were slowly coming back to restaurants in most markets, Applebee’s had a lineup of marketing wins.
News>Casual Dining

Like all full-service restaurants, Applebee’s took a hit in 2020 as dining rooms closed under COVID’s long shadow. But what a recovery year in 2021, as the casual-dining chain honed its off-premises game and hit record weekly sales volumes.

During a year when Americans were slowly coming back to restaurants in most markets, Applebee’s had a lineup of marketing wins that included promotions for a free ticket to the latest “Jungle Cruise” movie, and campaigns that featured the songs from “Cheers” and “Welcome Back, Kotter.”

“And then we were fortunate enough to have a country music star write about our brand,” said Applebee’s president John Cywinski, referring to the Walker Hayes song “Fancy Like” that hit the No. 1 spot on Apple Music when it debuted last year. Hayes and his daughter created a TikTok dance that went viral, giving Applebee’s fodder for a campaign that later won an Effie marketing award.

“It connected with America like nothing I’ve ever seen before,” said Cywinski.

And though 2021 was spent struggling to get staffing back to full operating hours, Applebee’s innovated with the addition of a delivery-only brand called Cosmic Wings, as well as ghost-kitchen outlets that expanded the brand’s reach.

Split fairly evenly between carside-to-go and delivery, off premises now accounts for about 25% of Applebee’s sales, though dining rooms are full again, said Cywinski.

Over the past five years or so, Applebee’s has also closed some 300 underperforming units, allowing the chain to maximize higher-volume locations. Now Applebee’s is preparing for net unit growth in 2023. About six traditional locations are expected to open this year, along with about 10 ghost-kitchen outlets, though roughly 15 restaurants are scheduled to close.

Going forward, new units, where possible, will likely include a drive-thru pickup window, an innovation that proved valuable during the pandemic. Cywinski said the brand will also target conversion sites where restaurants of other brands have closed.

“We do know this: There’s a lot of white space opportunity for Applebee’s going forward, and our franchisees have an appetite for development,” Cywinski said.

Applebee’s is also testing a second virtual brand that may join Cosmic Wings as a sales-growth tool, though the company has not revealed details.

Perhaps key for Applebee’s is the message of everyday value in today’s inflationary climate.

Cywinski said Applebee’s typical guest has an average household income below $75,000, and the brand is on the lower end of average check in the casual-dining sector.

“We win on affordability,” said Cywinski. “We believe that positions us very well.”