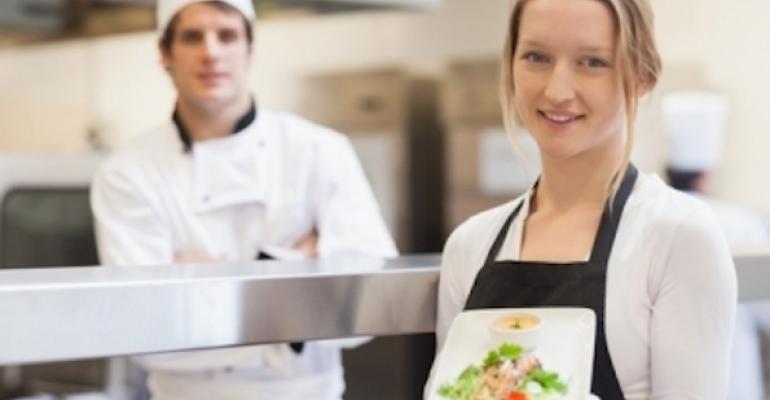 Casual dining is still struggling, and that’s especially true for the bar-and-grill segment that dominated the sector for so long, as the 4.1-percent decline in same-store sales at Chili’s last quarter demonstrated.

Could higher minimum wages change that?

Several states are in the process of raising their minimum wages, promising to increase labor costs for restaurants across the country.

But a lot of the labor at restaurants is in the form of waitstaff, who in most states are paid lower wages because they receive tips, although a few states do not have any such tip credit.

Casual-dining concepts could therefore avoid some of the labor cost increases that their counterparts in the quick-service sector will have to deal with.

That could, at least in theory, help casual dining close the cost gap with higher-end quick-service concepts.

Casual dining has been in decline for a decade. One of the reasons is the need to provide that tip of 20 percent to a waiter or waitress, which increases the cost of dining.

Because they don’t have tip-credit workers, fast-casual and quick-service concepts might have to raise their prices at a higher rate. If customers ultimately see the price differential between the two has diminished, there could be a theoretical point where they return to casual-dining concepts.

“Raising the minimum wage could actually  benefit casual dining,” said Larry Miller, co-founder of the monthly MillerPulse survey. “They’re not going to feel the brunt of the increase in the minimum wage.”

Of course, there are many other reasons why casual dining has been in decline. For one thing, the brands are simply older, and customers like trying new things. In addition, time constraints have hurt the chains, especially during the crucial lunch daypart.

To be sure, casual dining certainly has labor-cost concerns, like overtime regulations, healthcare and recruitment. And casual-dining concepts on average spend more on labor than limited-service chains.

Higher minimum wages could push limited-service restaurants to use technology more aggressively to offset labor and make their businesses more efficient. As it is, McDonald’s and Panera Bread are toying with kiosks that, while not specifically a labor issue at the moment, could quickly evolve into one if labor costs increase too much.

There might be less potential for the casual-dining segment to offset labor costs with technology. Tabletop tablets that have become popular at so many chains could evolve into ordering technology, but ultimately those concepts are about service.

Nevertheless, there could be some very minor and very early evidence that casual dining is erasing the gap with quick service: According to Miller’s survey, casual-dining restaurants outperformed quick-service concepts in two of the year’s first three months.