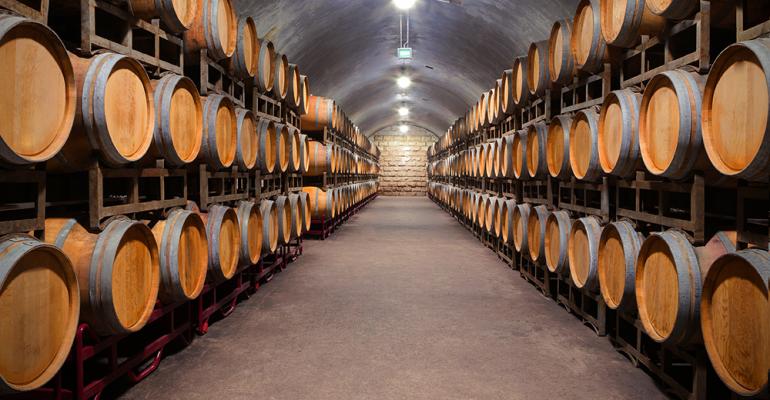 The wooden barrel’s storied history with beer, wine and spirits

The beverage world is constantly redefining itself. Fads rise and fall, and experimentation is always afoot. But underneath it all, a few constants remain, as they’re just too perfect to improve upon. The oak barrel is one of those stalwarts, and it just may be one of the most impactful inventions ever to hit the scene.

The history of wooden barrels goes back thousands of years. They’ve not only been used to transport all manner of goods around the globe, but they also remain integral to the production of wine, beer and spirits due to the character they impart. And even after all this time, intrepid producers continue to tease out variations and explore what secrets can be coaxed from the staves.

“I relish the surprise of working with wood barrels and am entranced by the flavors,” said Kelly Taylor, founder of KelSo Beer Company in Brooklyn, N.Y. “Barrel aging amplifies the fact that the beer is a living and breathing thing. [Barrels] pull liquid into the wood and push the liquid out. It’s a natural process that results in a completely unique beverage every single time.”

It’s generally accepted that the wooden barrel was invented by the Gauls, a Celtic tribe that inhabited a large geographical region that spanned what is now the Netherlands, Belgium, France, and into western Germany and northern Italy. These ancestors of the modern French used barrels both to transport material and to store wine, which proved to be a vast improvement upon amphora vessels, usually made of ceramic, which were breakable and difficult to transport. Oak barrels proved to be highly durable and easy to maneuver.

The Romans quickly followed suit, and wooden barrels became their preferred vessel for wine production, as well as for the storage and transport of things like grain, molasses, linens and seafood. They were watertight, easy to clean and disassemble, and able to be produced in all sizes.

By the Middle Ages, barrels were commonplace in wine regions such as Bordeaux, allowing producers to transport wine to once faraway markets like London. Cooperage, or barrel production, became a sought-after trade, and barrels galore were moved around the world on long sea voyages. People soon learned that these journeys also changed the character of the liquid contents inside.

“Despite barrels’ introduction to alcoholic beverages being for the sole purpose of holding liquid, the effects of aging on the character of the spirits and wine inside are what have linked the two together forever,” said Brad Estabrooke, founder of Breuckelen Distilling in Brooklyn, N.Y. Whether it’s Scotch, bourbon, Madeira, gin or tequila, the influence of the barrel is profound. “With American whiskeys, for example, at least 50 percent of the flavor comes from the barrel itself, and perhaps even more in some cases.”

While the essential construction of the barrel has remained relatively unchanged, producers spend hours experimenting with types of oak, different coopers, different kilning processes, using new versus previously-used barrels and the length of time the liquid remains in contact with the wood.

Barrel-aging beer is becoming an increasingly popular practice among craft brewers, but it can be tricky, said Taylor of KelSo Beer Company.

“It’s easy to put beer in the barrels and walk away,” Taylor said. “But it’s hard to monitor flavor evolution and get the beer out when it’s ready. You can over-age the beer, and then you have crap. Oxidation, infection [of mold or bacteria] and over-saturation of flavors can all come with time.”

Estabrooke said different spirits, based on their essential characteristics, should be aged differently.

“Spirits go through a lifecycle as they age,” he said. “For a year or so, they retain a vibrant character that makes them interesting. As the oak contribution grows and the fresh, bright flavors go the way of the angel's share [the liquid that evaporates as spirits are barrel-aged], the focus of a spirit changes. For me, agave-based spirits lose their vegetative brightness and my interest lessens the older they get. But the spicy notes of a rye whiskey aged in oak, for instance, intensifies the longer it stays in barrel and is what makes them so great.”

For wine production, the amount of time spent in the barrel is crucial, and so is the origin of the wood itself.

French oak is often favored over American oak (the latter is largely used for aging whiskey), with some exceptions, such as the Rioja region of Spain, which has traditionally used American oak for its distinctive flavor differences, as well as its lower cost. Since barrels allow a minute amount of oxygen to pass through the oak staves, wines soften over time. The wood itself can impart flavors such as vanilla, coconut and baking spices. The final wood character in the wine is also often dictated by the toast levels of the barrel, as well as their size, and if the barrel is “first-fill” or has been previously used. Variations can be quite extensive and are driven by economics, as well as what final style of wine a producer is looking to create.

The influence of wood — be it on wine, beer or spirits — often ebbs and flows with consumer demand. For now, interest remains high, particularly with beer.

“It’s still a big trend,” Taylor said. “Barrel fermenting and/or aging creates a unique product every batch, and consumers are enjoying that diversity.”

From barrel-aged stouts to the finest wines, and from Sherry to whiskey, the barrel permeates every inch of the beverage world, and the relationships can be complex. For example, nine out of 10 barrels that end up in Scotland to mature Scotch come from the United States, where they are used to age bourbon and Tennessee whiskey. Rules around bourbon require that producers of that spirit only use new, freshly charred barrels, and only use them once, giving Scotch producers a steady supply.

It’s a beautiful lifecycle: a barrel is much like a wayward traveler, stopping at foreign ports of call to absorb new cultures and to share the stories of its past. It’s both humble and yet essential, reserved yet powerful. All hail the barrel!