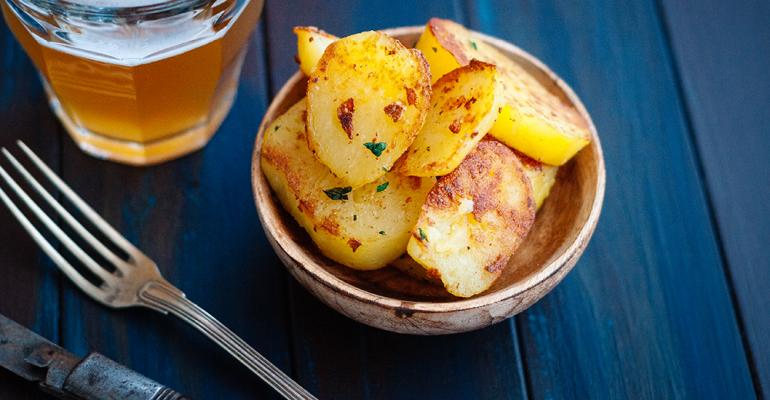 There are few more rewarding experiences in a restaurant than the perfect food and beverage pairing. It’s a rush of pure pleasure. And while wine is often thought of as the go-to mate for food, and commonly the feature of massive, 20 pound beverage lists, beer’s possibilities are finally getting their time in the spotlight. And they’re long overdue.

Thankfully, those operators offering limp, sad beer lists are now few and far between. Any beverage director worth their salt (err...their malt?) have the idea that offering a well-thought-out selection of beer leads to more sales, more opportunities to surprise guests and more ways to arm staff with memorable beer and food pairings. In fact, many intrepid beer professionals are pushing the envelope of food pairing to new heights, and finding receptive audiences.

“Guests have become much more exploratory,” said Kyle Tarczynski, sommelier at RPM Steak in Chicago. “They are not just abiding by the old standby rules of ‘red wine with red meat’ and ‘white wine with fish.’ There are so many options available now that if you're willing to put yourself in a beverage professional's hands, the possibilities are endless.” 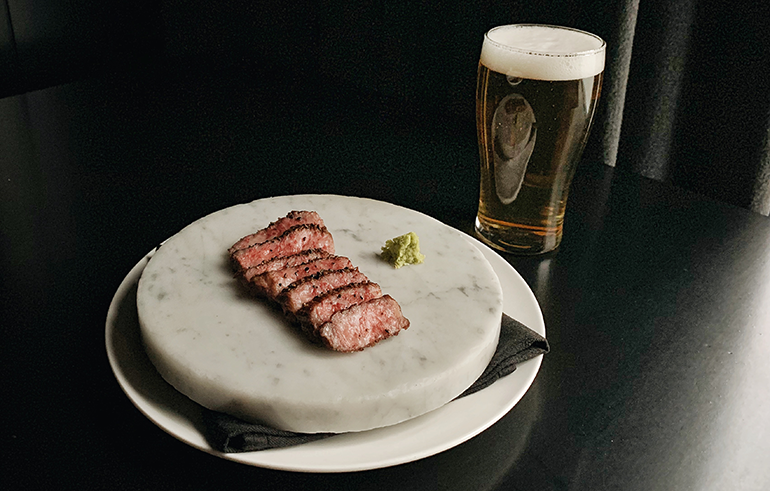 RPM’s collection of beers is extensive. Under the “Fancy Beers” section alone, there are more than 65 selections, in a number of formats, with a wide range of styles offering a dizzying array of pairing opportunities. So much so, they often pair different beers with different cuts of steak, even shifting their choices based on the temperature of the meat. With rich Wagyu, a saison farmhouse ale lends a peppery savoriness to the beef, while a west coast India Pale Ale brings a bitterness that enhances the flavor and body of a ribeye.

At No Anchor (pictured below) in Seattle, beer director Christina Dupré is dumbfounded by restaurants’ missed opportunity when it comes to beer offerings. “If the restaurant is dedicated to embracing a regional or international cuisine, there is an enormous amount of opportunity to surprise diners with food-friendly beer options that don’t read like the international macro lager section of their local grocery store.” No Anchor offers a constantly rotating selection of 17 beers on draft and 15 options in bottle and can.

Having a solid range of beers available for pairing isn’t just good for the palate, it's good for the piggy bank, said Molly Brooks, a certified cicerone and owner/operator of BarWeThereYet Consulting in San Diego. “Margins on pairings are usually a bigger return for the restaurant than just a beer sold on its own, and are still a value to the guest. Especially with draft beer, where there is less chance for waste than by opening bottles,” she said. Since pairings are often poured in smaller sizes, half-full bottles and cans can quickly accrue, and slowly die.

Ensuring staff are up to snuff on beer and food pairing is a must for any operation. “Our team is trained to be familiar with the general principles of pairing, which revolve around using intensity, contrast and harmony as their ‘North Stars’,” Dupré said. “We try and match the intensity of beer with the intensity of food, paying extra attention to the ‘weight’ of a beer with the texture and the weight of the food. I typically build a pairing experience from least intense to most intense flavors, and like to oscillate between matching and contrasting pairings. For instance, a smoked lager with our smoked trout spread is ethereal.”

And just like with wine, the structure of the beer goes a long way to create a good pairing. By paying attention to bitterness, alcohol level, and acidity, one can better find harmony. “Hop bitterness can accentuate spice, while malty flavors can sooth it,” Brooks said. “And I think texture is an important part of beer and food pairing. A spritzy saison, for instance, will cleanse the palate after the richness of French fries dipped in aïoli. A smooth stout delivered on nitro has a milky texture that you can practically dip your brownie into.”

Beer can also be the go-to pinch hitter when other beverages strike out.

“Beer works great for dishes that are tough pairings with wine, such as artichokes, asparagus, spicy foods and strong flavors,” Tarczynski said. “We were once having trouble coming up with a pairing for a carrot soup. I literally tried 25 to 30 different wines, and none of them were harmonious with the dish. I tried beer, and sure enough, a barrel-aged, bottle fermented sour ale ended up being fantastic. It was at a two Michelin-starred restaurant, so I wasn't sure how the guest response would be, but it ended up being very positive.”

Jon Lundbom, an Austin-based division manager with B. United International, which imports a range of beers from around the world, has seen a new frontier emerge.

“Ten years ago, it was a challenge getting world-class fine dining to embrace beer in the way they embraced wine,” he said. “These days, in major markets, I don't think you can open a restaurant without giving serious thought to your beer program. People who drink beer want beer with their meal, in the same way wine drinkers want wine — it's a huge market and a great opportunity.”