The mother of all Beverage Trackers: Summertime drinks from 57 chains 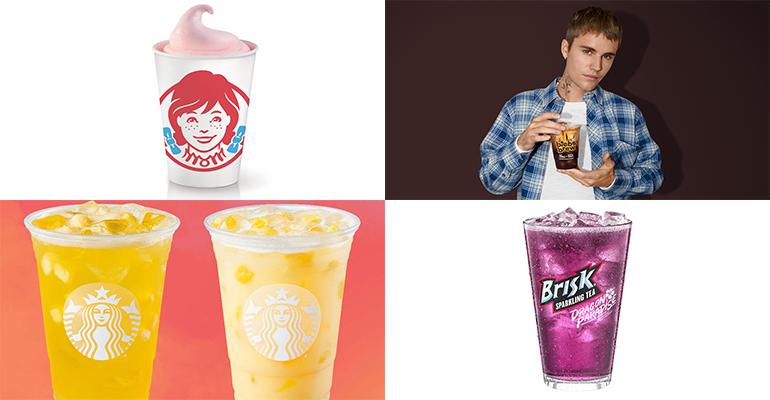 Drinks tend to be an inexpensive, highly profitable and operationally straightforward way to create news about your menu, which is probably why the past two months have seen an explosion of new drinks on menus, from smoothies to shakes to soft drinks to cocktails, and also new low-carb wine at True Food Kitchen.

Beverages also can contribute to incremental sales, and of course any upgrade from tap water is a win for restaurant operators.

There are also a bunch of new berry drinks on offer, including beverages from, Black Bear Diner, Corner Bakery, Gott’s Roadside, The Human Bean, On the Border, Peet’s Coffee (although the big news there is the new brown sugar jelly), Pretzelmaker, Snooze, Wendy’s and Taco Bell.

Chick-fil-A and Mooyah both have peach milkshakes, and Tous uses peach syrup in its new cold brew tonic.

There are other new shakes at The Counter, Epic Burger, Freddy’s Frozen Custard & Steakburgers, Gott’s Roadside, IHOP, Lion’s Choice and Main Event. Smashburger and Shake Shack both have non-dairy shakes.

What about Starbucks? That chain has a new pineapple-and-passion fruit refresher, with or without coconut milk.

McDonald’s, meanwhile, has the first new McFlurry of the year. It’s made with chocolate-covered pretzels.

This gallery has been updated to reflect that there is no longer a specified end date for the availability of Chipotle Mexican Grill's Watermelon Limeade. The price of Peet's brown sugar jelly has also been corrected.
Start Slideshow ›
TAGS: Quick Service Family Dining Casual Dining Fast Casual
0 comments
Hide comments
Related
Sponsored