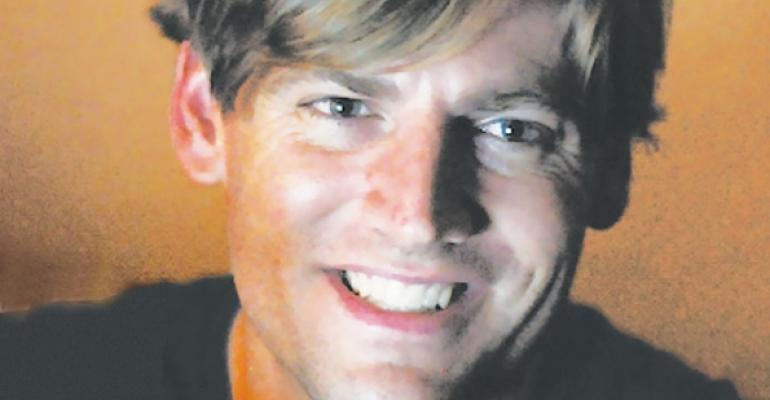 The rise of cider sales in the United States over the past two years has been staggering.

It is said that John Adams began each morning by drinking a tankard of cider. He felt it contributed to good health and cured his flatulence. You may have to test the latter claim for yourself — preferably in a well-ventilated room — but for those yet to be inducted into the legions of newly crowned American cider fans, much good awaits your stein.

Although still a niche market, the rise of cider sales in the United States over the past two years has been staggering. According to Impact Databank, a service that tracks industry statistics for the wine, beer and spirits market, the top 10 best selling cider brands in the U.S. market in 2012 collectively saw 62-percent growth. Imagine sitting on a board of directors of any company and receiving those numbers at the end of the year (insert sound of popping corks here). But this is merely a repeat of American history — a history that is now being rediscovered.

In 18th and 19th century America, cider was deeply enmeshed in the fabric of everyday life. From the average citizen to the founding fathers, nearly every homestead was growing cider apple trees and fermenting their fruit’s juices into hard cider. And if you were to roll up in your blinged-out buggy to Thomas Jefferson’s home at Monticello, you may have been offered a cup of crisp, cold cider upon arrival.

By 1767, the citizens of Massachusetts were drinking an average of 35 gallons of cider per person per year, according to Ben Watson in"Cider, Hard and Sweet: Traditions, History, and Making Your Own." John Adams, George Washington and Thomas Jefferson were growing apple orchards, fermenting their own ciders, and keeping meticulous tasting notes and farming records.

Within a mere 150 years, the entire market collapsed. A stunning series of knock-out punches led by an influx of immigrants bringing beer-brewing practices to our shores, coupled with the scythe of Prohibition, sent the industry down a dark hole. Axes were wielded, and cider apple trees — no longer viable, as their fruit was too tannic and acidic for eating off the branch — were felled by the thousands.

Only now is cider finally seeing a renaissance, with double-digit growth in all corners of the industry. And for savvy restaurateurs and beverage directors looking to push the envelope, cider is fast becoming an exciting and diverse category that’s converting legions of fans from sea to shining sea.

Drawn by cider’s diverse range of styles — from bubbly to still, and from dry to sweet — sommeliers and beer directors are finding eager guests and staff who are open to its charms. Eduardo Porto Carreiro, sommelier at DBGB, Daniel Boulud’s upscale gastropub in New York, has recently become interested in the category, and carries six bottle selections of cider and one on draft.

“I have so much to learn; this is a much bigger world than I had anticipated,” Carreiro said. “Cider has an extraordinary history, and depth of expression. We’re seeing single apple varietal ciders, and different terroir-driven ciders.”

Incorporating cider into your beverage program is easy, and with it being a gluten-free alternative, more guests have begun to ask for it.

Jeff Smith, owner of Bushwhacker Cider in Portland, Ore., has gone even further, and runs a cider-centric bar.

“At Bushwhacker, the beverage program is cider,” Smith said. “We have over 260 ciders in bottle, and eight on tap. We carry only four bottled beers, two wines, four meads and two sakes.”

“Cider is naturally gluten-free, yes, but it also offers the drinker something that won't make you feel full after drinking it,” he said. “It's a great value, and the ability to get amazing cider for a good price distinguishes it from wine.”

For Carreiro, it's often the similarities between some wine and cider styles that make it an easy leap for new initiates.

"I approach cider from a wine angle,” he said. “I can connect to wine drinkers with cider. Guests that enjoy crisp, high-acid whites, or Champagne drinkers, are very open to trying ciders with similar characteristics.”

It can, in fact, be a fun exploration for many guests not expecting it, Carreiro added.

"I told the staff and managers that instead of pouring sparkling wine to those celebrating a special occasion, to pour them a splash of cider,” he said. “Ciders are festive and great aperitifs."

And with the range of cider styles and flavors, food pairing is easy. Matthew Kaner of Bar Covell in Los Angeles, and one of Food & Wine magazine's 2013 Sommeliers of the Year, described it this way: “I love cider as a food beverage. Whether with cheese, scallops, oysters, or even a savory dessert, the possibilities are seemingly endless with the gamut of flavor complexities I've seen.”

Smith is letting the cider speak for itself.

“The biggest revelation for people is that all cider is not sweet, or even 'apple-y,'” Smith said. “The range of ciders can be an awakening for those who have only tried the sweeter, ‘6-pack’ ciders.”

“Now, with cider, people have come to expect the handmade, artisan approach that we’ve come to enjoy from the wine and beer worlds of late,” he said. “Why shouldn't farmers look at apple varieties in the same way they do grape clones and hop varieties? Grapes are merely fruit. Apples and pears yield huge potential in flavor.”

There are still many misconceptions about cider. For decades, the market has been flooded with mass-produced versions that are cloyingly sweet, over-carbonated and made with low-grade, bulk apple concentrate. But as the quality of fruit improves in the orchards, and producers become more skilled with fermentation and aging techniques, a new breed of ciders have hit the market. And it’s people like Michael Roper, owner of Hopleaf, a beer-focused bar in Chicago, who has seen this change firsthand.

“I can attest to the big uptick in cider sales and interest over the past couple of years; it’s huge,” he said. “We've always offered ciders during our nearly 22 years in business, but the growth in cider sales on draft and in bottles is astounding. While French, Basque and English ciders are still selling briskly along with American ciders from the Pacific Northwest, there is a tremendous growth and preference for local ciders from the Midwest. Cider is becoming a favorite of locavores.”

For bars and restaurants looking to diversify their offerings, and to capture new fans, cider is proving to be an exciting new category for wine drinkers and beer drinkers alike. Don’t let our forefathers down. Cider is America’s oldest beverage, and after nearly disappearing into the annals of history, it is on the rise with a ferocity rarely seen in the beverage world. Whether or not one chooses to offer two selections or 200, the writing is on the wall: Cider is back.

David Flaherty is the operations manager and beer and spirits director for Hearth Restaurant and the Terroir wine bars in New York. He is the cider and spirits editor for the New York Cork Report and also writes about wine, beer and spirits on his blog, Grapes and Grains, www.grapesandgrainsnyc.com.