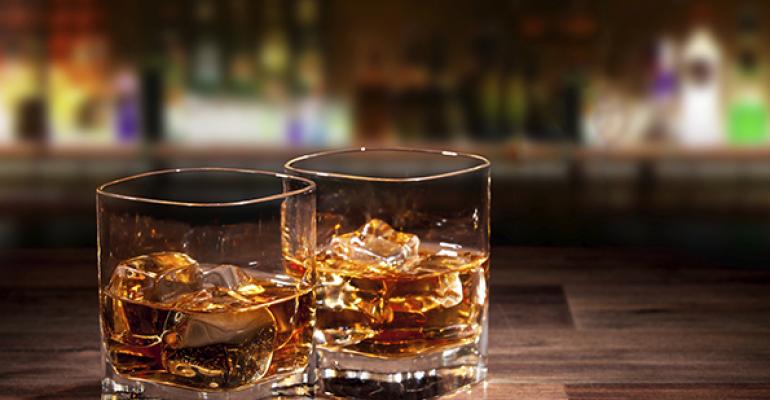 There was a time when you could walk into any college bar and instantly spot the ubiquitous, brightly-lit machine that dispenses ice cold shots of Jägermeister down the throats of eager freshmen. The marketing success of this German liqueur aside, for many of us (yes, guilty as charged), this was our first brush with an herbal-infused, anise-flavored bitter liqueur. Many stopped there, quite content with their “one shot down the gullet” experience, never to return again. Others pushed on and would use this first encounter as a launching pad to discover the spectrum this beverage category contains. There is a world of diverse bitter liqueurs waiting to greet those eager souls looking for a new experience in their glass. Welcome to the bitter world of amari (the plural of amaro, which is Italian for “bitter”).

Once found only in the late-night realms of bartenders, amaro is now hitting its stride as an essential cocktail component and crossing over to the mainstream to tickle guests’ fancies. For most Americans, of all the categories the tongue can taste, the realm of bitterness is often the least explored.  So it’s no surprise that over the last few years, a movement has begun to build. Lets call it the bitter fascination. No beverage better captures that mouth-puckering delight in a bottle than the realm of amari. Like many other spirits, amari were originally created as medicinal remedies and were most often used to aid in the digestion of food. The idea of the digestif lives on today in Italy, in particular, where many versions of amari with varying flavors and levels of bitterness can be found throughout the country, often being sipped after a meal.  Made by macerating a sometimes secret blend of herbs, roots and spices in an alcoholic base, recipes can vary dramatically, depending on where in the country they originate.

For many bartenders, a late-night shot of amaro is a rite of passage. Steve Wildy, Beverage Director for the Vetri family of restaurants in Philadelphia, remembers it well. “I was pushed into drinking Fernet Branca the same way I'm sure many of us in the industry were, late at night in a drunken rite of passage that was more initiation than introduction,” says Wildly. “But this early indoctrination gave me a solid appreciation for liqueurs with bitterness and prompted me to delve into other (often gentler) versions of the style, especially on trips to Italy where it would hit the table after eight courses. Now I drink amaro whenever I can, and am continually fascinated by the dramatic differences from producer to producer and region to region.”

Anu Apte, owner of Rob Roy, a craft cocktail bar in Seattle, had her first “ah ha” moment recently, and she quickly embraced the category. “I fell completely in love with Amaro in early 2012 when I visited Amor y Amargo,” a bitters-focused bar in New York. “Today, I have 34 different Amari at Rob Roy. And if I had more shelf space, I would have more!  Amaro is an impressionable spirit and incredibly pliable. You can use it to add depth, sweetness, bitterness, aroma, and balance to a cocktail.”

Amaro is being embraced by many progressive beverage directors, including Jeff Faile, Director of Bar & Spirits for Neighborhood Restaurant Group in Washington D.C. “I first started working with them about five years ago at Palena. The chef/owner was a fan, and there were always a few bottles behind the bar.” They quickly made their way into his specialty cocktails. “At Iron Gate, I have four out of ten drinks with amaro in them. Over at The Partisan, there are seven of ten drinks with amaro. I might have a problem,” Faile quipped.

Wildy explains what the addition of amaro can do for a drink: “Bitterness is the obvious draw, but certain ingredients can also help amplify the botanical qualities of the amaro being used: citrus pushes certain flavors forward, and sweetness draws others out. In turn, the cocktail benefits from some really unique accents and some serious complexity without too much effort required from the bartender.”

In addition to adding complexity to their cocktail line-up, a restaurant or bar owner can increase their guest check average by suggesting pours of amari as after-dinner drinks.  By offering many of them for $10 or less for a two-ounce pour, amaro can be a fun, cost-effective alternative to more well-known offerings like Scotch or dessert wine. Wildy is finding his clientele to be very receptive, as well as his floor staff. “Amaro has so many layers of flavor and it's easy to talk about. When a guest is leaning back in their chair with their hands on their belly, they may not realize it but they are putting out the amaro signal and we are already on our way with a list or a taste. Lately, we've seen more traffic on the amaro sections of our lists than ever before.”

With more and more customers turning on to the bitter delights of amaro, the industry has responded in kind. In Seattle, Apte says, “Amaro bars are popping up everywhere. There are a few in Seattle already and there is a new one opening soon.” Many brands that never made it to our shores due to lack of demand have also arrived, and adventurous beverage directors can choose from a wide array.

How do you use amaro? Join the conversation in the comments below.

With a range of flavors new and exciting to Americans unaccustomed to such bitter delights, Amaro can be an affordable and easy category to add to your beverage program. By having only three or four selections that span the range from light to full flavored, fruity to earthy, and from barely bitter to mouth-puckering, you can represent the world of amaro and give guests a tour of something new. For those who truly want to blow out the possibilities, dozens and dozens of different amari are now available in the U.S. Start making room on your shelves.