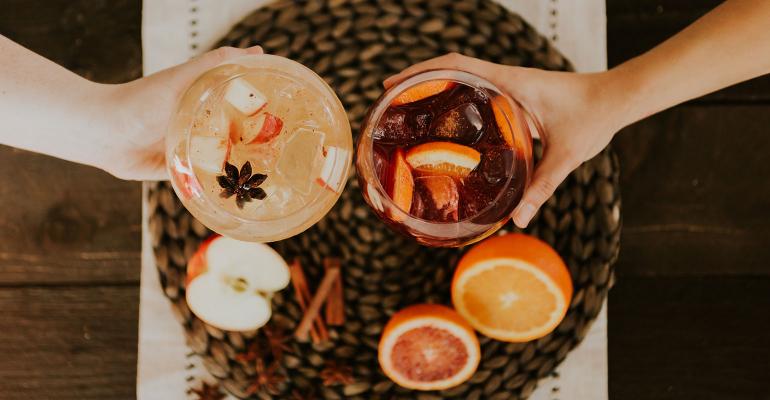 For several years now, bartenders across the country have been honing their skills at making bitters and shrubs, upgrading their fresh juice programs and crafting their own fortified wines, all while creating cocktails with exquisite finesse to meet the rising standards of their customers.

With such good ingredients, the booze itself is sometimes secondary.

That’s one of several reasons why operators are turning to cocktails that pack less punch. Low-ABV, or alcohol by volume, cocktails allow customers to drink more without getting drunk. They also give creative outlet to bartenders at restaurants without full liquor licenses, and can be better for pairing with food, according to many bartenders.

“One common misconception on the low-ABV end of things is that they might not be as interesting or impactful [as full-strength cocktails], both in flavor and in ‘getting the job done,’ but that’s where they’re wrong,” said McLain Hedges, co-founder of RiNo Yacht Club in Denver.

“Low-ABV drinking is an opportunity to access flavors and textures that you might not otherwise have been able to achieve, and allows you to enjoy these beverages in greater quantities and over longer periods of time,” he said. “I like the idea of having two sherry cobblers over one Manhattan almost any day.” 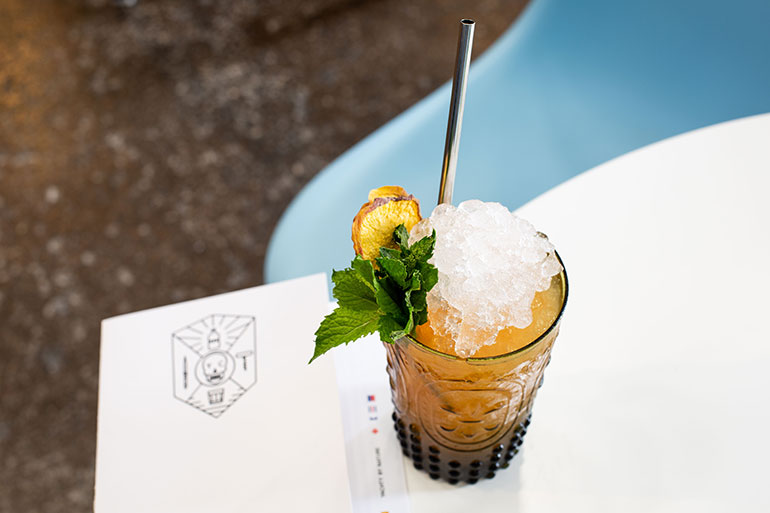 One approach Hedges takes to paring back the alcohol level in his cocktails is to replace half of the drink’s base spirit, such as gin or whiskey, with something less potent that will also bring a different flavor into play.

“These low alcohol spirits and wines … help to carry and lift the flavors up, add length, depth, acidity, bitterness and so much more,” he said.

For example, for the Federal Ave. Swizzle, he cuts gin with an equal amount of sake and mixes that combination with coconut water, turmeric juice, lime juice and his Eastern Medicine Syrup — a simple syrup with turmeric, ginger, kaffir lime leaves, lime zest, spent green tea and rosewater. The cocktail is $12.

“They won’t wreak havoc on your taste buds the way higher alcohol items will,” he said.

The influx of craft vermouths and other high-quality low-alcohol drinks provide new options for bartenders, Monette said, “and I think they show best when not overdone. Adding a base spirit or too many liquors can take away from the subtle flavors.”

Courtesy Rendezvous at The U.S. Grant 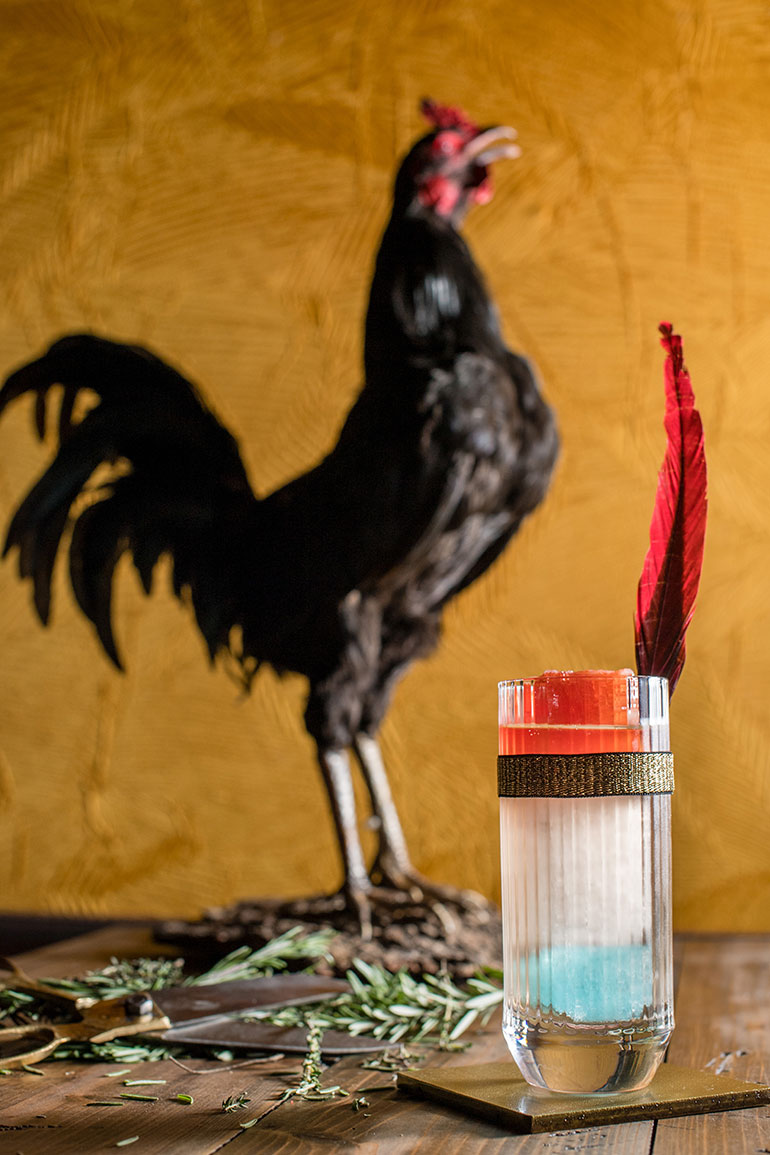 So instead of making a classic Negroni — equals part Gin, Campari and sweet vermouth — he offers the Negroni Sbagliato, or “incorrect Negroni,” for which he uses boutique sweet vermouth and replaces the gin with Prosecco. That drink is $12.

Cocktails highlighting local ingredients also tend to work better when they’re not too strong, according to Sean Umstead, who plans to open a locally focused cocktail bar named Kingfisher in Durham, N.C., early next year.

“I think it often makes for a more creative, complex cocktail if it’s not centered on a high-proof spirit,” he said.

Umstead’s working on a cocktail using ginger from a local producer, who juices it and makes a kegged ginger ale. The bar operator said the soda is delicious when mixed with a sesame-washed rum that Umstead makes, but it tastes better if he uses just three-quarters of an ounce of the spirit.

“The ginger just shines through better,” he said.

Courtesy of Cindy's at the Chicago Athletic Association hotel 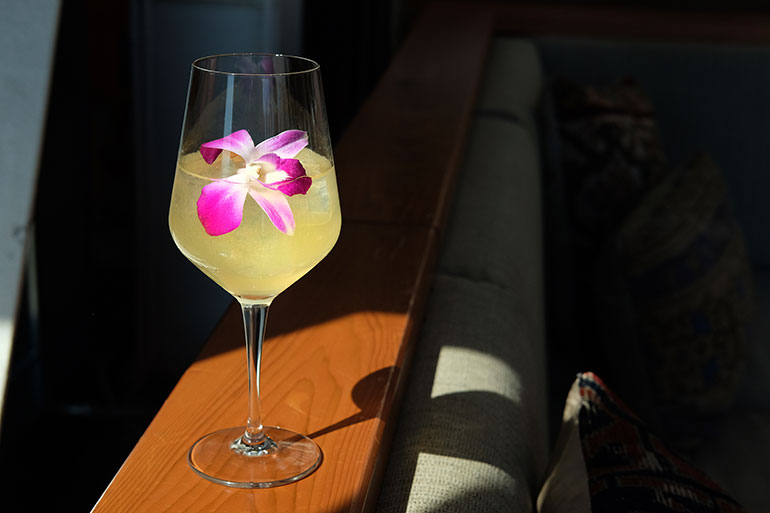 David Mor, beverage manager at Cindy’s at the Chicago Athletic Association hotel, said low-ABV cocktails are great ways to showcase the versatility of aromatized and fortified wines such as vermouth, quinquina and sherry, as well as sake.

He uses a 40-proof gentian liqueur along with junmai ginjo sake and Champagne in a cocktail he calls Toast.

That cocktail, priced at $22, is garnished with an edible orchid on which Mor places two drops of concentrated matsutake mushroom aroma.

“Toast is an example of a low-ABV spritz utilizing bitter gentian and bold, creamy favors from the sake,” Mor said. “It’s a slow-sipper because all the flavors are truly complementary and beg for a deeper understanding.”

Courtesy of The Pony Room 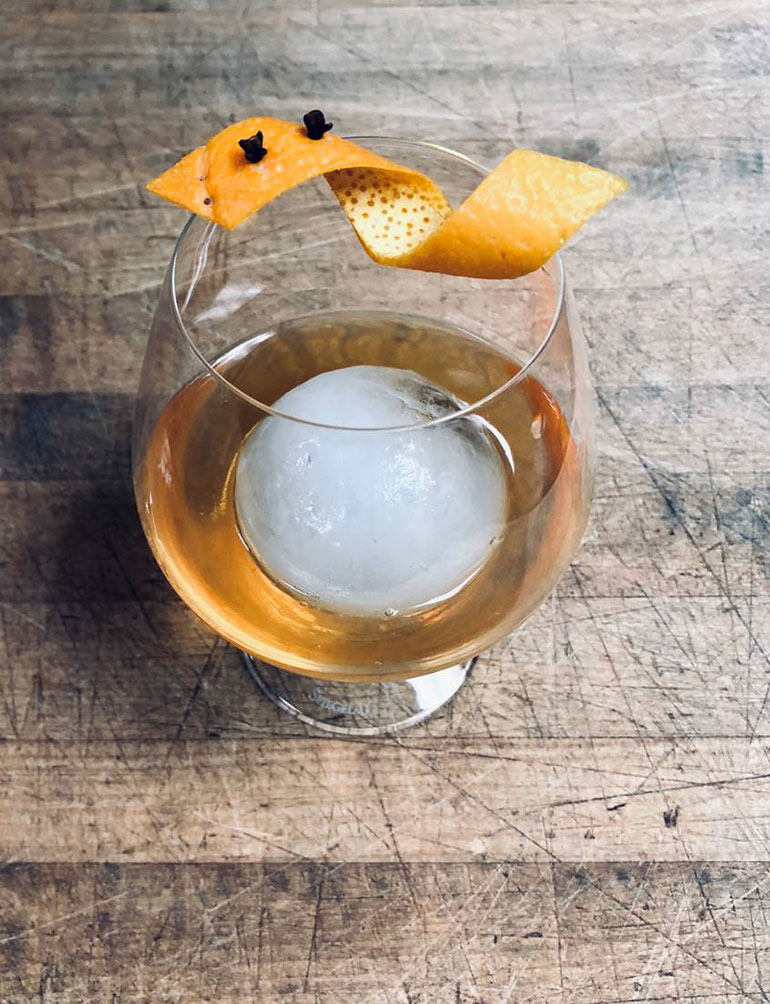 Ted Gibson, lead mixologist and bar manager of The Pony Room at Rancho Valencia Resort & Spa in San Diego, said the move toward lower-ABV cocktails points to a trend of growing sophistication on the part of the American drinker.

“It’s refreshing to see that some people are starting to change the way they approach alcohol, imbibing with a bit more thoughtfulness and intention,” he said. “Not everyone is looking to get pickled every time they reach for a drink.”

So he offers drinks like the Puttin’ on the Spritz, $14, which is made with Champagne, sweet vermouth, ginger, citrus and a spiced pear liqueur.

But low-ABV cocktails don’t need to be particularly intellectual, nor do they need to be made with unusual ingredients. Consider sangria, made with wine, fruit and often a bit of stiffer spirit such as brandy.

“I definitely see guests asking for more lower-alcohol drinks,” said Mary Melton, beverage director of the 300-unit chain based in Scottsdale, Ariz. She said it’s part of the ongoing trend of “drinking less but better.” 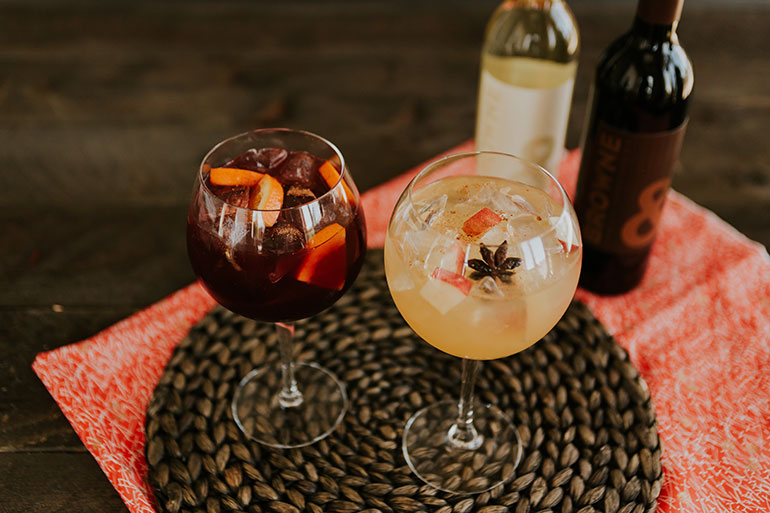 The white premium one is a Riesling blend mixed with vermouth, apple juice and orange blossom honey water, shaken and topped with grated cinnamon, apple chunks and star anise.

The red is a Merlot blend with amaretto, brandy — which Melton said brings out the wine’s warmer fruit tones —blood orange purée and orange juice. It’s shaken and topped with grated cinnamon and orange wheels.

“The premium ones that we rolled out for the holidays are on fire,” she said. “In just one location in North Miami on Saturday we sold 75 of them. That’s crazy, and it was kind of like that throughout the whole Florida market, so I’ve spent most of the morning scrambling to get more product for everybody.”

A sangria variation also is being offered at the western Manhattan location of Tim Ho Wan, a dim sum chain based in Hong Kong with two locations in New York City and one in Honolulu. Locations are slated to open in Las Vegas and Irvine, Calif., next year, according to the chain’s web site.

The Pink Po, priced at $8, is a blend of a rosé wine that has long been popular at Tim Ho Wan’s East Village location in New York City, mixed with lychee juice and garnished with a lychee. Dina Iong, the bartender who developed the drink, said she was looking to introduce an East-meets-West drink to her customers at the restaurant, which doesn’t have a full liquor license.

Jan. 15, 2019: This story has been updated with the correct name of Flagstaff House's managing partner, which is Adam Monette.