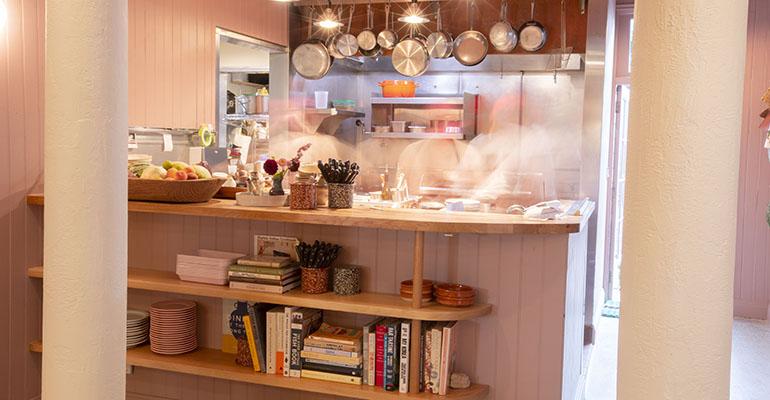 Valley has benefited from a considerable amount of outdoor space, as well as also having a bottle shop and retail space which adds an extra dynamic and revenue stream.
Menu>Beverage Trends

Bar and restaurant operators look back on lessons learned in 2020

2020 has been the year with seemingly no end, no bottom, no respite and precious few footholds to stand on in the ever-shifting sands. For operators in the restaurant and bar industry, it has fundamentally challenged them like never before, with a final fallout which will still not be known for many months. The numbers we do know now are frankly unfathomable, with the National Restaurant Association calculating that between March and November revenue from eating and drinking establishments were down nearly $192 billion from expected levels. However, amidst it all, there are lessons to be learned, as well as inspiring stories to read of resilience, and the grit, savvy and creativity that many operators channeled to keep their businesses going, in the hopes that they could serve as a harbinger of optimism for the future.

Chris Elford and Anu Apte, co-owners of Canoe Ventures, operate four concepts in Seattle, and have weathered their fair share of storms over the past year. Through it all, they have managed to remain nimble and forward-looking, and often keep themselves going by adopting the mantra, “The people that remain positive, are the people that make it out.” 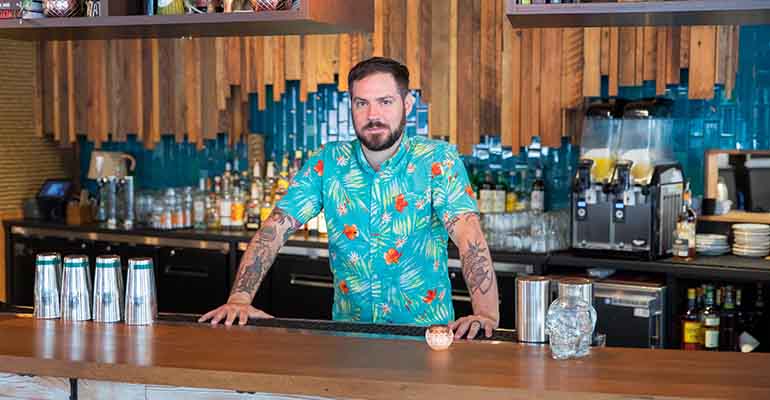 Like many, they have had the darkest of days, forcing them to ask existential questions.

“We are looking at not just, does this dish work or does this drink work, but why are we doing this?” Elford said. “And ultimately, we’ve come to accept that we are obsessed with food and beverage, and service, and we are creatives and entrepreneurs at our core. We have no choice but to do this.”

Elford had seen the writing on the wall early on. His bar, Navy Strength, was nationally one of the first bars out of the gate with cocktail kits. “I had seen operators doing that in China for two months prior,” he said. “I had to-go containers ready to buy, and ideas in mind. This year has taught me that our company, and Anu and I as operators, needed to be very mobile. And we learned that when some big scary thing is chasing us down, we can move pretty quickly. We’re like [Seattle Seahawks quarterback] Russell Wilson.” 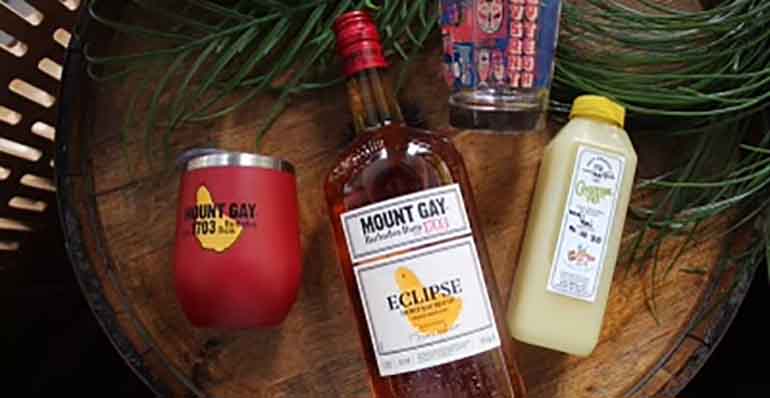 That last move turned out to be a real winner. Revenue increased at the wine shop and they set up a patio with a seating area that actually drew attention to Navy Strength as well, bringing in new customers from the neighborhood who previously hadn’t even known it was there.

Rebecca Fineman and her husband Christopher Gaither, managing partner and service director, respectively, of Ungrafted in San Francisco, had only been open for a year before COVID hit. “We were just starting to find our groove,” Fineman said. “With new businesses, there’s a lot of interest right at opening, and then you have to figure out who your customer base is, who is loyal to you and why, and then try to satisfy those needs and wants. We had finally gotten to a point where it all worked.”

When the pandemic struck, they began to brainstorm what they could do while just keeping a few key employees. As they had been doing wine classes already, they moved those online, and began bottling kits with 2-ounce vials of wine samples in them that were tasted during class. After the classes, they emailed the guests and took orders for wines that they wanted to purchase.

“We quickly realized that people didn’t view us as a restaurant anymore,” Fineman said. “They saw us, instead, as a wine shop and school, and we filled those shoes. We reduced our food program, increased our retail selections, and continued to offer live and recorded classes. We have since brought back more of our staff and offer multiple classes throughout the month. During this time, too, our wine club has nearly doubled. That’s a steady revenue stream that really helps.” 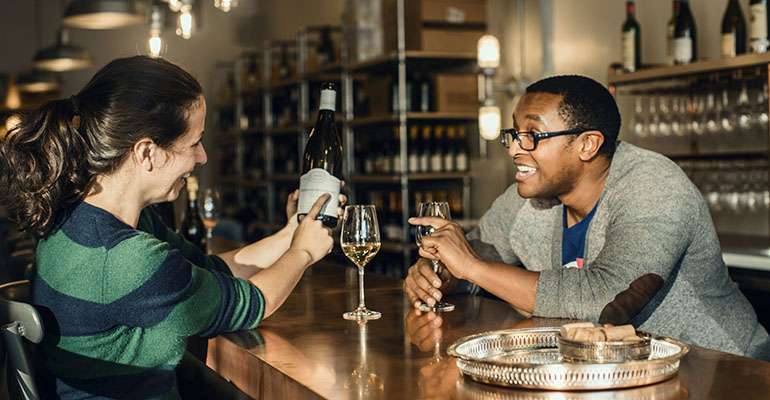 The struggle to stay afloat has been a daily one for Fineman and Gaither, and a never-ending search for solutions. The bills keep coming, and assistance from the federal government and state has been nearly non-existent. And the broader repercussions are now being felt by all.

“It was joyful at the beginning — boisterous, almost.” Fineman said. “People were making an effort to support local businesses. But now so many people have been affected. We really don’t know if we will be here at the end of all of this, but we will hold our heads high, keep working our butts off and hope that’s enough.”

In New York state, Joe Printz, owner of two restaurants — DVine Bar in Sparkill, N.Y., and DVine pie in nearby Piermont, N.Y. — as well as a retail shop, Grape D’Vine Wine & Spirits in Sparkill, has had to draw from all of his years of experience to keep his staff inspired, and to think creatively to shift with the changing times. He credits a government bailout earlier in the year as helping to save at least one of his businesses, but the real reason for his survival has been hard work and a fierce adaptability. 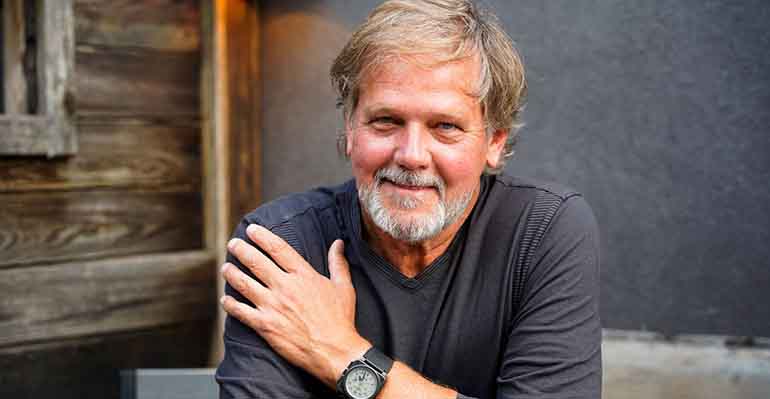 “There were so many times when emotion, exhaustion, and fear had gripped my staff,” Printz said. “But when they saw the boss there every day working his tail feathers off, they knew that I was going to do everything in my power to succeed. I literally went home and collapsed every night, but they never saw me nervous, anxious or upset.”

While the staff began creating seasonal cocktails to go along with their to-go menu at his two restaurants, over at his wine shop they were seeing record sales. Once they figured out how to serve customers without allowing them in the store, they were also suddenly given the opportunity from distributors to purchase wines that had previously been earmarked only for high-end restaurants in New York City. With those fine-dining restaurants in the city struggling, or closed, the distributors needed new markets.

Printz and team could offer those much sought-after wines to their local community for the first time.

“It was a bonus for us, but sad for the institutions that I have dined in so many times in the past and had tremendous respect for,” Printz said.

Printz will also be coming out of 2020 with an entirely new concept, a taco truck, TacocaT NY, born out of the necessity of social-distancing, that he opened six months ago and which offers wine from the wine shop and beer and specialty cocktails from the restaurants. He hopes to launch a second taco truck in the spring.

While many operators were forced to close during the pandemic, there were also those that opened. Valley Bar and Bottle in Sonoma, Calif., opened on July 9th, after months of delays and ever-growing restrictions.

“We acquired the restaurant in October [2019], and began construction ourselves throughout the holidays, with the goal to be open by February,” said managing partner Tanner Walle. “And by July, we had no choice but to get our doors open and embrace the restrictions and constrictions of this new hospitality climate. Frankly, we know nothing other than running Valley during Covid.”

Valley has benefited from a considerable amount of outdoor space, as well as also having a bottle shop and retail space which adds an extra dynamic and revenue stream. Early on, before they even opened, they offered three-bottle wine kits, complete with tasting notes and pairing ideas that they hand-delivered around the Bay Area themselves. 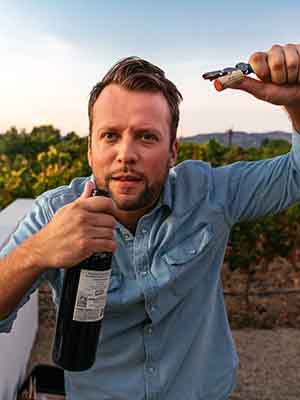 “By doing this, and through our continued social media efforts, we were able to establish a support base which triggered further excitement and anticipation for our eventual opening,” Walle, left, said.

They’ve found a big outpouring of support from the community. “As we opened, people were desperate to feel a sense of normalcy and belonging,” Walle said. “Virtually all of our guests would tell us this was their first time out since February. To be able to provide that sort of memorable experience, during such a tragic and trying time, gave our team an extra sense of empowerment and confidence. And in turn, I think it kept my managing partners and I on our creative toes to continue to adapt and innovate.”

This story has been updated with the correct spelling of Piermont, N.Y., and of Vinnie's wine shop.
TAGS: Operations Restaurants Ready
0 comments
Hide comments
Related
Sponsored