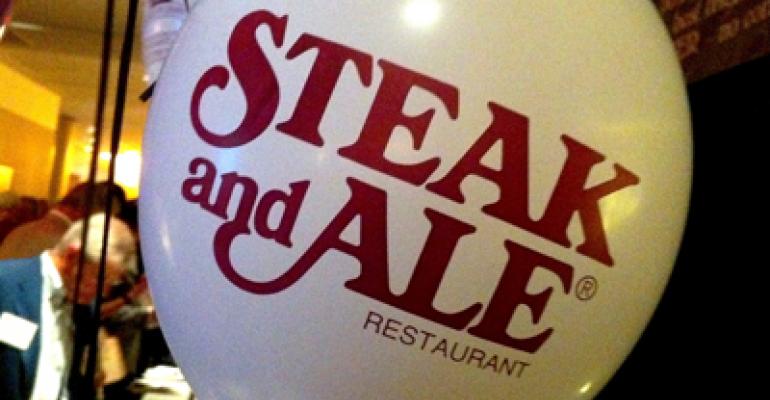 This post is part of NRN's newsroom blog, Reporter's Notebook.

The October Steak and Ale Reunion, which brought more than 400 former S&A Restaurant Corp. employees together, raised $30,842 for two charities in the process, one of the organizers said Friday.

Mark Paul, event chairman and a senior vice president for investments at UBS Financial Services Inc. in Dallas, said in an email that the two charities, Komen for the Cure and Friedreich's Ataxia Research Alliance, were awarded $15,421 each from reunion proceeds

“From the very beginning, our main goal was to bring everyone back together and throw a great party,” Paul said. “Our second objective was to do something meaningful for two very worthwhile charities. … I think the mission was accomplished!”

The first Steak and Ale opened in Dallas in 1966, and founder Norman Brinker, who died in 2009, is credited with popularizing the casual-dining segment with that brand as well as Bennigan’s. The last Steak and Ale closed in 2008 when parent Metromedia Restaurant Group filed for bankruptcy liquidation.