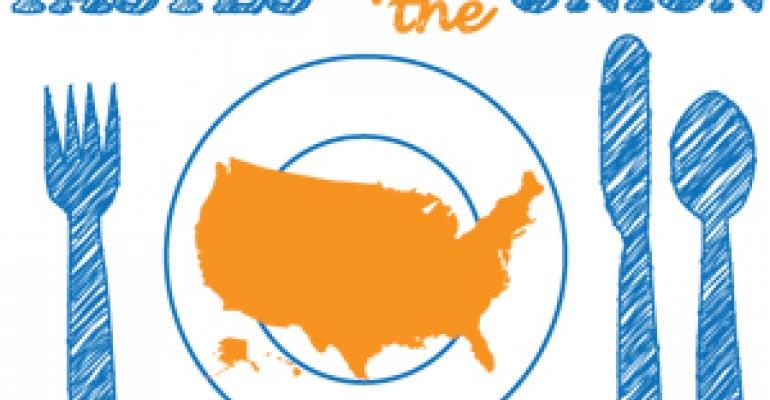 The United States is sometimes called the "great melting pot," but anyone who has tried to open a restaurant in more than one American city knows that the pot hasn’t been stirred very well.

Patterns of immigration, local flora and fauna, and different climates have all influenced tastes to create a national mosaic of regional preferences and local idiosyncrasies. So, too, have crazy restaurateurs who thought it was OK to batter-fry pickles, flavor chili with cinnamon and chocolate, or top thinly sliced griddled beef with canned cheese.

In an attempt to clarify the varying tastes of the union, Nation’s Restaurant News mapped some of the flavors and foods that really pop in different parts of the country.

In-Depth: For an analytical and deeper dive into regional preferances and trends, see the March 5 issue of Nation's Restaurant News.

According to menu research firm Datassential, eggplant, veal, anchovies and plum tomatoes all resonate with customers in the Northeast, an indication of the strong Italian-American influence in the region, as is the common appearance of the words “Parmigiana” and “ziti" on menus.

Lobster is generally cooked simply — usually boiled — and served with drawn butter as a summertime staple in New England. Elsewhere, lobster is more of a luxury, and it’s often prepared more elaborately.

Pecans. This indigenous nut is a symbol of Southern pride and appears on menus much more often in this region than in the rest of the country, according to Datassential.

Sweet tea. Traditionally brewed tea with plenty of sugar mixed in before it’s chilled is a favorite throughout the South, but rarely seen elsewhere.

Other items that pop in this region: catfish, Key lime pie, crawfish.

Several sub regions and states in the South have a variety of their own distinct foods and styles.

Chesapeake Bay: Any restaurant opening in this area, which lies between the South Atlantic States of Maryland and Virginia, must understand crab cakes.

The Low Country: In the coastal area between Charleston, S.C., and Savannah, Ga., oyster roasts, she-crab soup, hoppin’ John, and shrimp and grits are among the specialties. The coastal area and islands of this region are influenced by the wealth of Savannah and Charleston, and by African and Caribbean flavors.

Louisiana: Jambalaya, gumbo, turtle soup and other distinctive specialties of this state evolved from the influences of seven "nations," according to local restaurateur, food manufacturer and historian John Folse. Native American, French, Spanish, German, African, English and Italian ties are represented in the foods here.

Texas and Oklahoma: Queso, the Spanish word for “cheese,” is commonplace on menus in the Tex-Mex heartland, where it usually refers to a

cheese sauce or a dip, usually spicy, made of melted cheese and diced tomatoes.

Battered and fried, fried pickles are usually served as chips, but sometimes as spears. They are a favorite appetizer in much of the middle of the country, but they are a rarity in the Northeast, and are generally regarded with disdain west of the Rockies.

Ranch dressing, American cheese and cherries appear on menus more in this region than elsewhere in the country.

Chicago: Italian beef, which is thinly sliced, marinated roast beef served usually with hot or sweet peppers and other vegetables on a long roll, is a local specialty rarely seen elsewhere.

Minneapolis: A local favorite is a cheese-stuffed hamburger called a Juicy Lucy.

Cincinnati: Skyline chili, invented by a local Greek immigrant, is flavored with cinnamon and chocolate and served over spaghetti.

Cilantro, burrito and tostada are terms that pop on menus in this region, according to Datassential, reflecting its large Mexican population. Zucchini, which grows in abundance in this region, also appears frequently on menus here, as does avocado, an important crop of Southern California.

Colorado, New Mexico, Arizona: Green chile is a popular garnish on items such as hamburgers and breakfast burritos in New Mexico, Colorado and Arizona.

A pork stew called green chili, made by simmering green chiles with onions, garlic and often Mexican oregano, usually thickened with a roux and cooked with pork stock and chunks of pork, is popular in those three states, as well as in the Midwestern state of Indiana.