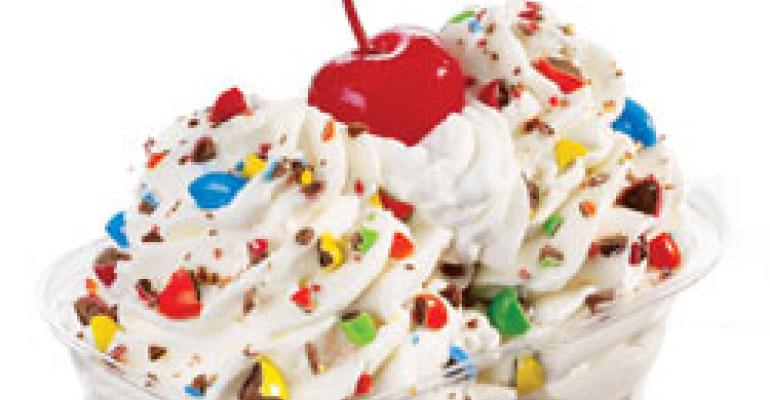 The 3,500-unit drive-in chain said the shake promotion, which allows the free shake anytime and not just at purchase, will last through June 27. In addition, from Memorial Day to Labor Day, Sonic is offering single-topping sundaes for 99 cents after 8 p.m.

The new formula, billed as “Real Ice Cream,” was announced earlier this year as one of several initiatives that Sonic has planned to reverse sliding sales.

“Strengthening our frozen lineup with the addition of Real Ice Cream is just one more way Sonic adapts our menu to appeal to customers' tastes and preferences,” Dominic Losacco, vice president of marketing for Sonic, said in a statement Monday.

Sonic said it was also improving many of its Frozen Favorites dessert toppings, including chocolate, hot fudge, caramel and pineapple, by reducing or removing high fructose corn syrup.