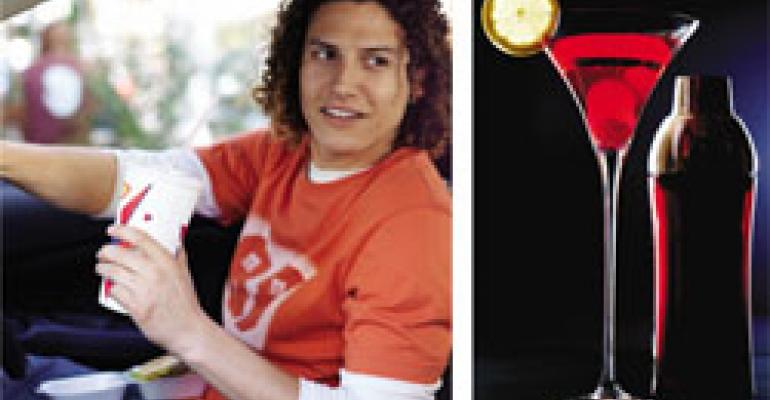 Soda in the sights

If you raise the price, people will drink less—at least that’s the thinking behind the various proposals around the country to put taxes on sugary soft drinks.

The lawmakers and activists behind such measures are following the example of the so-called “sin taxes” on alcohol and tobacco that penalize consumption of substances deemed unhealthy or harmful, and sodas have moved into the crosshairs.

The bubbly stuff Americans love to guzzle is increasingly fingered as a major culprit in the nation’s obesity problem. According to the watchdog group Center for Science in the Public Interest, a penny-an-ounce tax at the federal level would drive down consumption and raise more than $16 billion in revenue per year that could be used to fund campaigns promoting health.

Small taxes on soda already exist in at least 25 states, and a number of other jurisdictions are considering implementing or raising them, including New York, where Gov. David Paterson unveiled such a tax as part of his budget earlier this year.

As one of the primary sellers of soft drinks, restaurant operators are poised to bear the brunt of higher taxes, and some are not happy about it.

“Anything that is going to make me spend more money, I’m not a big fan of it,” said Matthew Weiss, co-owner of Pakula’s Pizza & Deli in New City, N.Y. “People are going to be like, ‘Why is the soda $2 now instead of $1.75?’ But I think they are going to drink it anyway, even if I raise the price.”

But, he concedes: “The idea behind it is not a terrible idea. It is the truth. Everybody’s fat.”

Other issues take precedence over the soda tax for Nick Livanos, co-owner of White Plains, N.Y.-based Livanos Restaurant Group, a multiconcept operator with six restaurants in and around New York City.

“Because we continuously are getting bombarded every way possible, with health care being the biggest concern we have right now, it’s not on the front burner for me,” Livanos said. “It’s like ‘Oh, yeah, here’s another thing.’”

Some operators are even nonplussed.

“I don’t see it as terrible as I think everybody in my business probably would say,” said Zane Tankel, chairman of Apple-Metro Inc., a 36-unit Applebee’s franchisee based in Harrison, N.Y. “I don’t care if we don’t sell any sodas. There are lots of alternatives, like iced tea, juices, water.”

Tankel added: “I know we have to do something about the American way of eating. I don’t know if this is the solution, and I’m not advocating it, but we need to do something to start to make people aware.”

Some industry advocates see soda taxes as an empty gesture toward the goal of reducing obesity when they really are intended to raise revenues to cover government budget deficits.

“The price would have to be raised to almost a prohibitive level to really change peoples’ behavior,” said Richard Berman, president of Berman & Co., a Washington, D.C.-based consulting and lobbying firm and a columnist for NRN.

While sodas are center stage right now, alcohol is never far from the spotlight. For decades, stricter enforcement of driving-while-intoxicated laws have reduced drunken-driving deaths but also dampened the on-premise beverage business for many operators.

Given increased focus on the issue of driving under the influence, many restaurant operators have implemented responsible-service training for their beverage servers, either through in-house programs or branded efforts like the National Restaurant Association’s ServSafe Alcohol program, which certified 75,000 operators last year.

To keep alcohol sales up despite reduced consumption, many have also improved the quality of their offerings by adding premium brands to their bars and more specialty drinks.

Berman sees another threat to on-premise operators on the horizon in the form of sophisticated alcohol-detection devices that could be factory equipment installed in automobiles in the not-too-distant future. The ignition interlock devices would prevent a driver who had consumed alcohol from starting the vehicle.

“People will have their social occasions compromised because even a small amount of alcohol, which is statistically unimportant for traffic safety, will be off-limits to them if they want to get home,” Berman said.